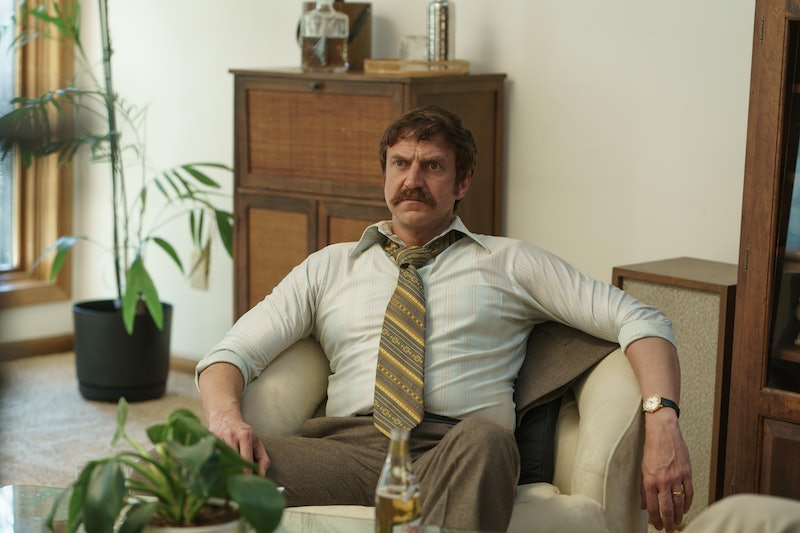 Hulu’s Candy follows the story of Candy Montgomery (Jessica Biel), a Texas mom who killed her friend Betty Gore (Melanie Lynskey) after hacking her with an ax 41 times in 1980. The lawyer who took on her case was Don Crowder (Raúl Esparza), described by the Dallas Observer as “strong-willed” and stubborn. He had never handled a criminal case before Montgomery’s, but the spectacle he created in the court — like using the self-defense plea and bringing in a psychiatrist to have Montgomery relive her childhood trauma — ultimately led to Montgomery’s acquittal. “When he was your lawyer, he was a passionate advocate for you,” said his friend, Collin County attorney Howard Shapiro. “When he was your opponent, he was tenacious.”

Crowder grew up in Texas, where he attended Southern Methodist University and aggressively played football despite being much smaller than his opponents. “Donnie's the kind that, when he wants something, he isn't going to let anyone or anything stand in his way,” his father, Alton Crowder, told the Dallas Observer. “He was that way with football. He was the skinniest kid on the block, but he would go play with the bigger boys, and he would always hold his own.”

He carried that dogged persistence into his career. He married Carol Parker and had two kids just months after graduating law school in August 1968. At the same time, he began his own practice, which meant giving up the security of joining an established firm early in his career. Two years later, he formed a partnership with former classmate Jim Mattox and older lawyer John Allen Curtis. They split the work between them: Mattox handled the business, Curtis did corporate cases, and Crowder was in charge of civil litigations, often taking on workers’ comp and personal injury cases. Crowder “could not abide the thought of not winning,” his friend said, so he often went to “extremes” to advocate for his clients. The practice grew into a six-person law firm by the mid-’70s and had two offices in Dallas and Allen, Texas.

Crowder came to know Montgomery through the United Methodist Church of Lucas, where they were both congregants. When she was arrested, she turned to Crowder out of familiarity, and he took on the case despite having no prior experience with criminal cases. That made for an unconventional trial; for example, Crowder would purposefully feed misinformation to the press to throw off the district attorney, but he was sentenced to a day of jail time and a $100 fine for violating Judge Tom Ryan’s gag order. And claiming Montgomery attacked Gore 41 times simply in self-defense seemed absurd. But Crowder called in two psychiatrists who claimed Montgomery had a “dissociative reaction” after Gore whispered to her the same way her abusive mother did, and somehow that worked. After a four-month trial, the jury declared Montgomery not guilty on Oct. 29, 1980.

The trial inspired the 1984 book Evidence of Love by journalists John Bloom and Jim Atkinson. “In the community, a lot of people were upset with Crowder for having defended this brazen hussy,” Atkinson said. “As far as he was concerned, however, it just fed his sense that he was a hero. He had defended this poor woman no one else would defend. He just had this way of looking at everything as if he were in a movie.”

Following the trial, Crowder received death threats, his wife Parker said, but it never seemed to bother him as he continued various pursuits around town. He became president of a school district and a member of the Lucas City Council, and even ran for governor in 1986 — he had a very “progressive, populist” platform, but he ultimately lost. Then in 1991, he opened a sports bar, and while it was successful, he shut it down in 1996 due to high costs.

By October 1996, he and Parker were divorced. Though he had a good relationship with his four kids, by that time they were adults busy with their own children. And the following year, Crowder experienced a terrible tragedy: His brother died by suicide, and Crowder never recovered. He remarried in 1997, to Sheri Guernsey, but his brother’s death made him “despondent” and he began to drink and misuse substances. In June 1998, he was arrested for a DWI in Allen. As a result, he could no longer be an attorney there.

He attempted suicide on Oct. 25 but was rushed to the intensive care unit and released. On Oct. 29, he told the McKinner Courier-Gazette that he saw the Montgomery case as either the “zenith of an extraordinarily successful career or the demise of what could have been.” He added that the Gore family’s faces “still haunt[ed]” him because “they didn't understand that I had a job to do.”