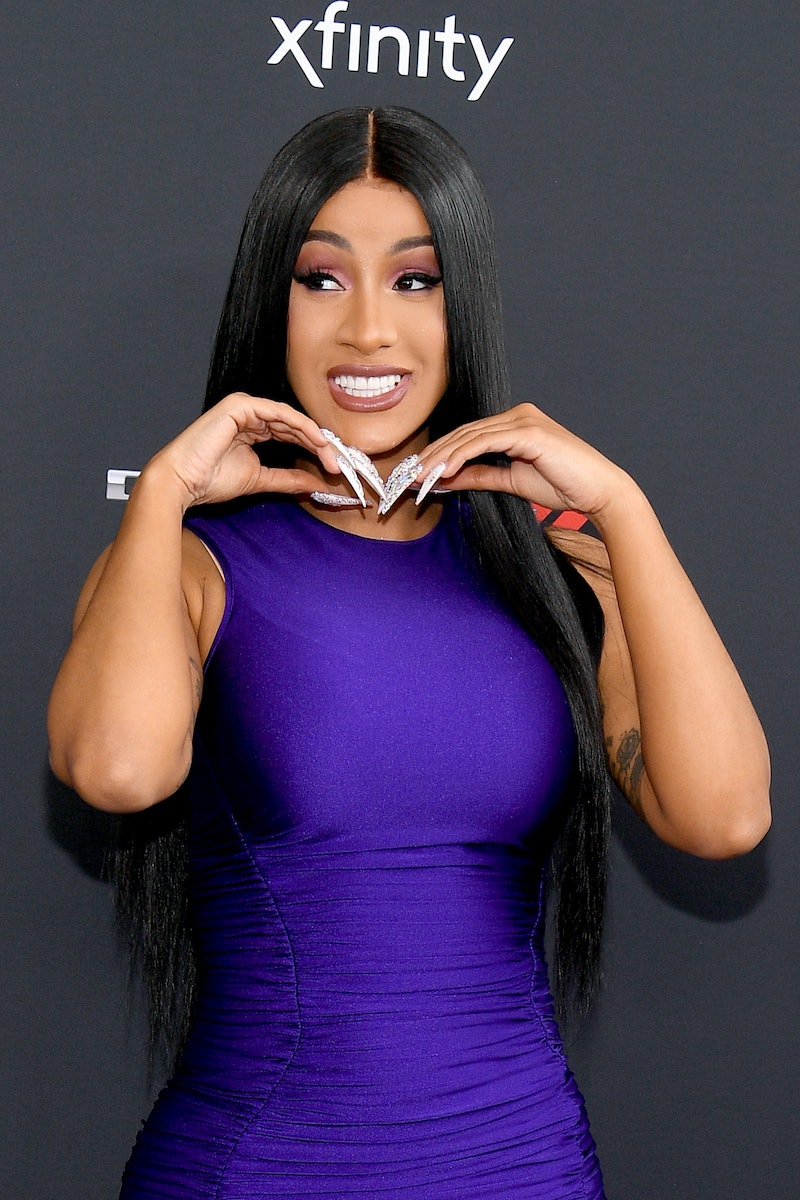 The 2020 U.S. presidential election has turned into another nail-biter, and Cardi B’s reaction to election returns shows just how stressful it’s been. The rapper posted a video on Instagram after polls closed in numerous states on Tuesday, Nov. 3, and she’s clearly disappointed with how the night progressed. In it, she takes a drag off three cigarettes at once, and then shakes her head. “How these elections got me watching these states turn red,” she wrote alongside four side-eye emojis.

Cardi had gone into Election Day with both optimism and anxiety. The “WAP” singer posted another video on Monday, Nov. 2, saying, “Tomorrow is the day ! I’m not going to front I’m so nervous of the outcome but I know we can make a change. LETS GO!” After casting her vote, she updated followers, telling them it was “easy-peasy” and encouraging them to “go vote” because casting a ballot makes “you feel like you just did something.” Hours later, when she posted again, the voting high seemed to have worn off, with election anxiety setting in. Early returns showed President Donald Trump performing better than Biden supporters had hoped in states such as Florida, Texas, and Georgia.

The rapper has been a vocal Joe Biden supporter since officially endorsing him in August. At the time, she and the former vice president sat down to chat via Zoom and covered topics from health care to criminal justice reform. She didn’t hesitate to give him a list of several demands and to make sure he had a plan for managing the COVID-19 pandemic. Days later, she addressed her endorsement while appearing on The Breakfast Club and explained that she thought he was “getting it” and that “he understands the people’s pain.”

Unfortunately for Cardi and her fellow Biden supporters, there wasn’t much reassurance on election night. While news outlets made projections in some key battleground states, they seemed to dash hopes of a Biden landslide. On top of that, results from other swing states will likely take days, setting up a tough wait for everyone. The anxiety will continue, so expect to see more side-eye emojis and various other coping mechanism.

More like this
Blake Lively Is Trolling Ryan Reynolds Again – Over Wrexham FC
By Sam Ramsden
Harry Styles Just Split His Pants In Jennifer Aniston’s Face
By Sam Ramsden
New Details About Jeremy Renner's Snowplow Accident Reveal The Actor's Intentions
By Sam Ramsden
Paris Hilton Just Shared The First Photo Of Her Baby
By Sam Ramsden
Get Even More From Bustle — Sign Up For The Newsletter
From hair trends to relationship advice, our daily newsletter has everything you need to sound like a person who’s on TikTok, even if you aren’t.