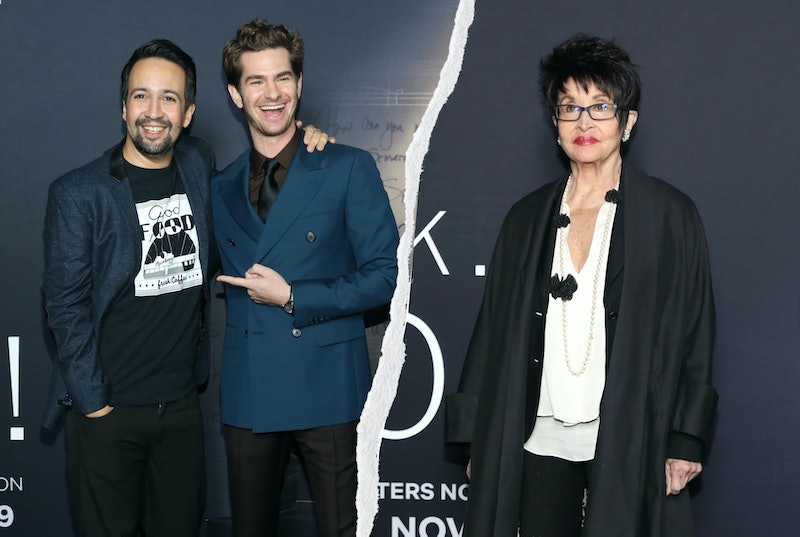 Even casual Broadway fans could have guessed that a Lin-Manuel Miranda–directed adaptation of Jonathan Larson’s Tick, Tick... Boom! would be full of theater cameos, but no one could have imagined there would be quite this many. Two scenes, in particular, are so chock-full of stars it would be impossible to stage a musical that featured them all — one ticket alone would cost a trillion dollars.

Almost everyone in the cast who has even a single line in the film has been on Broadway at one time or another. Andrew Garfield, who plays Rent composer Jonathan Larson, has appeared in revivals of Angels in America and Death of a Salesman, and Robin de Jesús, who plays Jon’s best friend Michael, originated the role of Sonny in Miranda’s In the Heights. Then there’s Mj Rodriguez, who starred as Angel in an off-Broadway production of Rent, and Judith Light, who made her theater debut in a 1975 revival of A Doll’s House.

Garfield described the set as “the most joyous” one he’d ever been on, and it’s not hard to see why. With this kind of talent, how could you not have a blast?

More like this
Another Side Of Rupert Grint
By Maria Sherman
11 Movies To Watch At The 2023 Sundance Film Festival
By Chloe Foussianes
Reese Witherspoon Confirms This Fan Favorite Will Return For 'Legally Blonde 3'
By Jake Viswanath
Vanessa Hudgens Is Reportedly Engaged To Cole Tucker
By Jake Viswanath
Get Even More From Bustle — Sign Up For The Newsletter
From hair trends to relationship advice, our daily newsletter has everything you need to sound like a person who’s on TikTok, even if you aren’t.