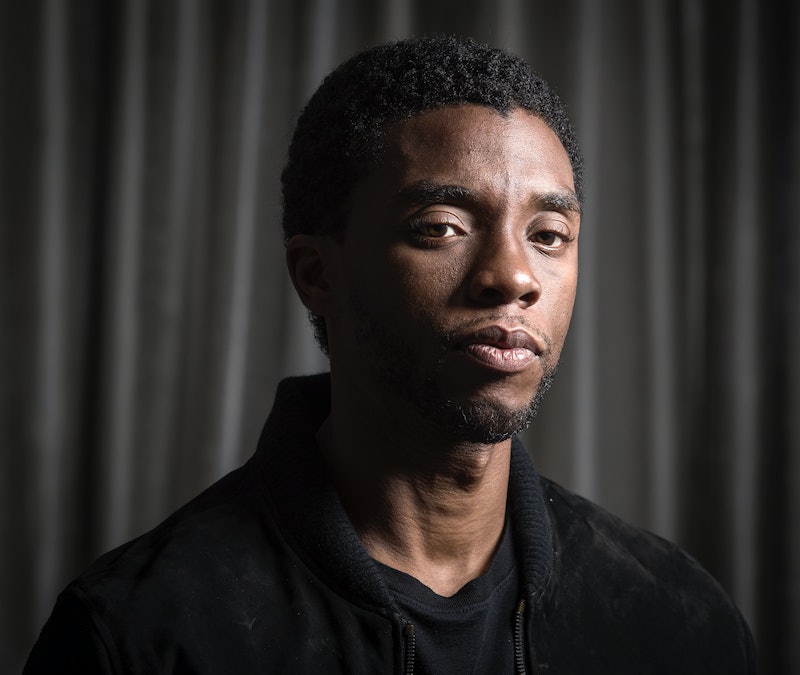 T'Challa's spirit continues to live on forever. Chadwick Boseman was honored by his Avengers co-stars Robert Downey Jr. and Don Cheadle during the 2020 MTV Movie & TV Awards: Greatest of All Time on Sunday, Dec. 6. The late actor, who died in August after a private four-year battle with colon cancer, was posthumously given the Hero of the Ages award, which was introduced by his fellow Marvel stars.

During the tribute, Downey Jr. spoke on Boseman's impact, honoring both his role as the Black Panther and his offscreen philanthropy, including renting out theaters to screen Black Panther for underprivileged youth and visiting child cancer patients while secretly battling the disease himself. "The second you first saw him onscreen or had the opportunity to meet him in person, his energy and intensity was undeniable," Downey Jr. recalled. He continued:

"Mr. Boseman truly embodied what it meant to be a superhero. His impact as a groundbreaking leading man, as an icon onscreen, it won't be quantified by the box office records he broke, but by the legion of fans who will celebrate him for many years to come. He was the most heroic when just being Chad. That's when he was bigger than anyone he played onscreen."

Cheadle acknowledged Boseman's many non-Marvel roles, especially his performances as historic Black men like James Brown and Jackie Robinson. "Chadwick will be forever known as the Black Panther, but he also painted incredibly powerful portrayals of iconic and influential real men who changed the world," Cheadle said. "He brought humanity and truth to the portrayal of people who felt larger than life, and he did it in a way that honored their memory."

Months after his death, the tributes to Boseman keep pouring in. On Nov. 29, which would have marked his 44th birthday, Marvel paid tribute to the actor by updating the opening sequence to Black Panther on Disney+ with his Avengers scenes and empowering quotes from T'Challa. Going forward, the studio is hoping to pay tribute to Boseman and honor his character's legacy in Black Panther 2 without resorting to CGI or other effects.

"Chadwick was not only a wonder of a human being every day for the five years that we spent together, but it also seems to me that as a character what he did elevated us as a company and has left his moment in history," executive Victoria Alonso told Argentinan newspaper Clarin, according to The Wrap. "We have to think carefully about what we are going to do and how and think about how we are going to honor the franchise.”