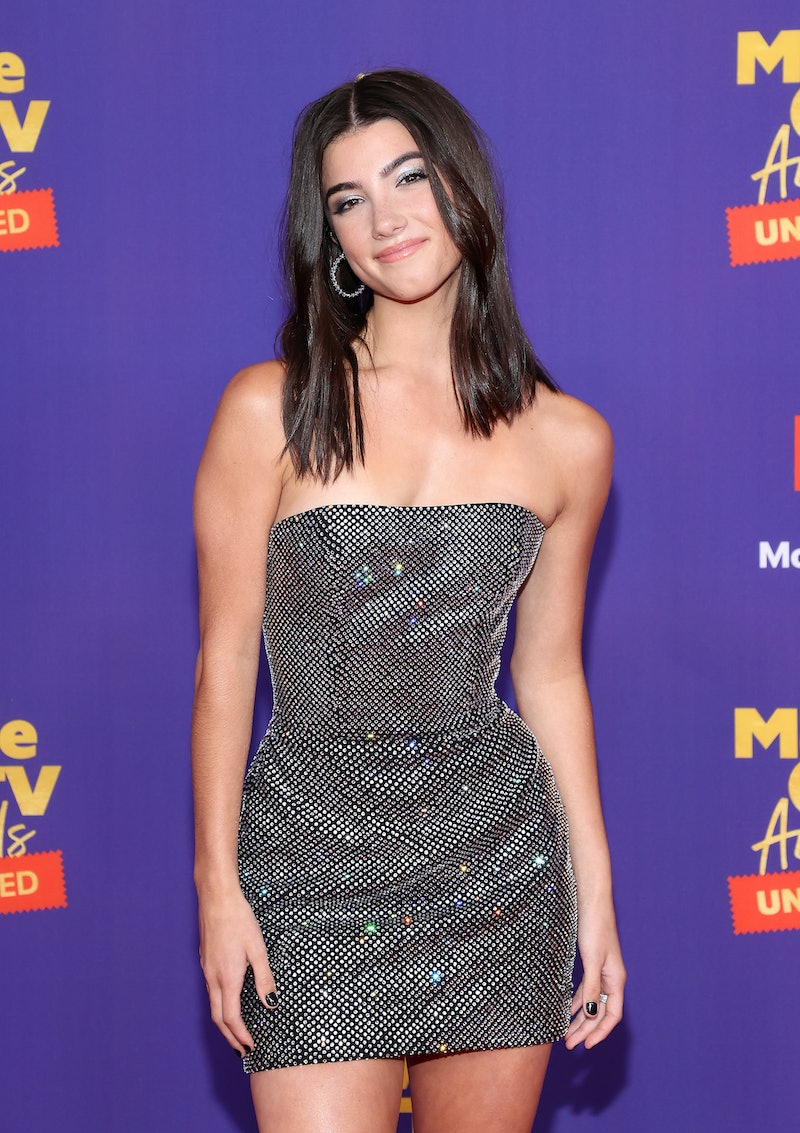 The D’Amelio Show finally made its debut on Hulu, and in it, TikTok stars Charli and Dixie D’Amelio speak candidly about their relationships, the pitfalls of social media, and their mental health. In an episode midway through the series, 17-year-old Charli reveals that her rapid rise to fame on TikTok, where she now has 123.5 million followers, came with many challenges — one being her “unhealthy relationship” with food.

Charli discusses her unhealthy eating patterns when her friend, social media star Quen Blackwell, shares her own history with disordered eating. “My body image was so bad,” Quen says. “I was anorexic about two years ago because of social media.” According to Quen, she’s just one of many influencers who struggle with an eating disorder. “I’ve gone into multiple of my friends’ pantries and there’s baby food,” she says. “Where’s the baby? Where’s the child?”

In a confessional interview, Quen offers her own reasoning for why eating disorders are so prevalent among influencers. “This unhealthy relationship with food is so common because no one feels in control,” she says. Charli relates. Sitting poolside with Dixie and their friends, the dancer breaks down how negative comments influenced her food intake. “Whenever I first started TikTok ... I was very unhealthy,” she says. “I would lose a bunch of weight, and then gain a bunch of weight, and then lose it, and my comments would switch up with that.”

She recalls moments when she would overindulge and make herself sick, followed by extended fasting. “It was really bad,” she says. “You could see it because I’m short, so when I put on weight people would be like, ‘Oh, you gained weight,’ and then they’re like, ‘Oh, she lost so much weight, she looks so good.’” At her lowest weight, people would criticize her for being “skin and bones.” “I let it get to me and I wish I didn’t,” she admits.

This isn’t the first time that Charli has opened up about having an eating disorder. After sharing a TikTok to the tune of Bad Bunny’s “Prom Queen” in September 2020, she apologized for potentially triggering her followers by using a song with a line about counting calories. “I’ve always tried to use my voice when it comes to issues surrounding body image, but I’ve never talked about my own struggles with eating disorders,” she wrote on her Instagram Stories. “It’s so uncomfortable to admit to even your closest friends and family, let alone the world.”

While this marked the first time that Charli publicly discussed her own eating struggles, she told her followers to stop talking about her body in April 2020. “It’s not your place to tell me if I’m losing weight or gaining weight,” she wrote in a series of tweets. “Why don’t we all just be respectful and understand that we should just be kind and uplift everyone instead of trying to bring others down.”

Now, Charli has become much better at managing her eating habits, but it wasn’t easy. “It’s extremely hard to go from having a very unhealthy mindset with food to a healthy one, especially when you’ve dealt with it alone for so long,” she says in the episode before admitting that meeting other influencers who have gone through the same thing has helped. “At least now I have friends that I can talk to and that made me work so much harder to get a healthy relationship with food again.”

More like this
Kendall Jenner Thinks Tristan Thompson "Wanted To Trap" Khloé With Another Baby
By Jake Viswanath
Khloé Kardashian Debuts Baby Boy On 'The Kardashians' Season 2 Premiere
By Jake Viswanath
The 'Reasonable Doubt' Cast Includes A 'Save The Last Dance' Reunion
By Grace Wehniainen
Where Is Armie Hammer’s Ex-Wife Elizabeth Chambers Now After 'House Of Hammer'?
By Grace Wehniainen and Radhika Menon
Get Even More From Bustle — Sign Up For The Newsletter