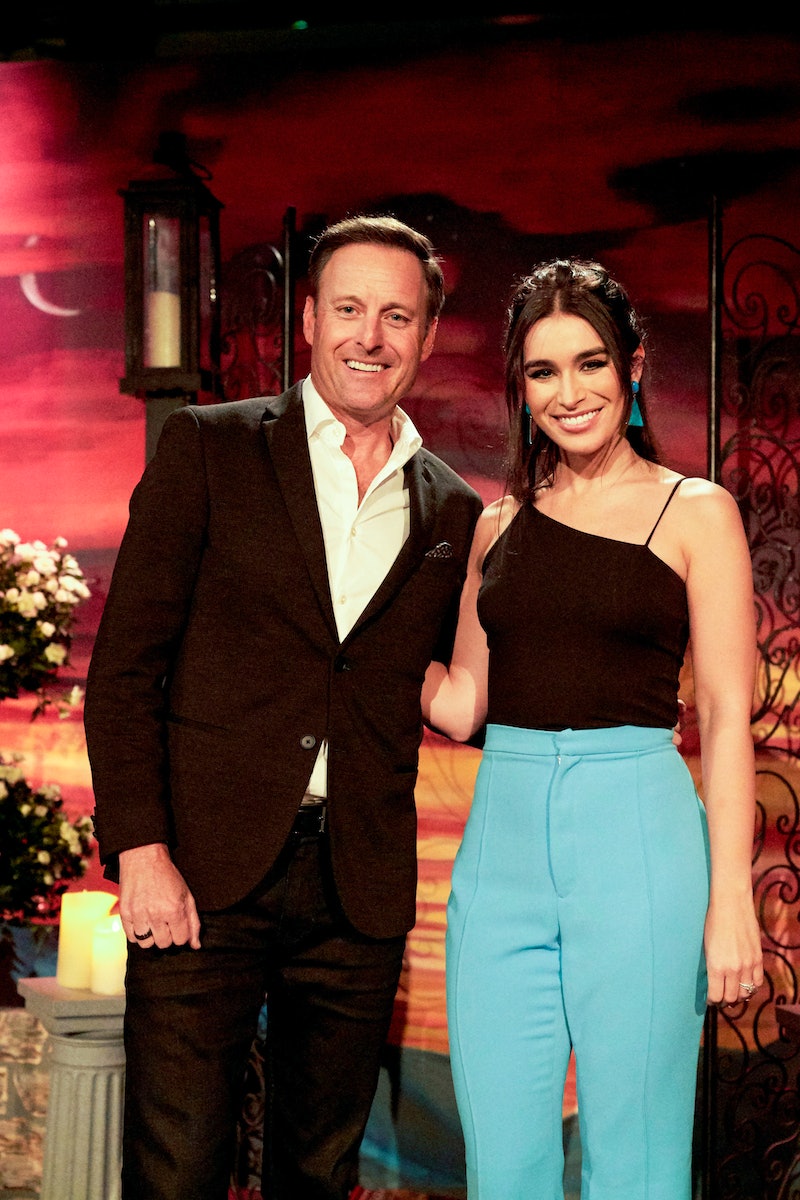 In addition to meeting her husband through the Bachelor franchise, Ashley I. has made a very loyal friend. After the host promoted her upcoming appearance on Matt James' season of The Bachelor, Chris Harrison defended Ashley Iaconetti against rude Instagram comments. Ashley, who appeared on Chris Soules' Bachelor season before meeting husband Jared Haibon on Bachelor in Paradise, is scheduled to appear on the Jan. 18 Bachelor episode, during a steamy group date.

"Well look who showed up to help @mattjames919 find love! For the record @ashley_iaconetti didn’t cry once in the making of this episode," Chris wrote on Instagram on Jan. 15.

While the host may be excited for fans to see the episode, one social media user had a very different reaction to the prospect of seeing Ashley on their screen. "Poor thing so desperately needs to stay relevant, her podcast is obviously not enough," they wrote in the comments.

"Yeah I begged the producers to have me on!! They didn't invite me or anything," Ashley fired back at the troll. Chris also responded, making it clear that he wouldn't tolerate anyone insulting his friend on his social media page: "Hey Nicki suck it!" the host wrote. "We specifically asked my friend to be on the show and she was gracious enough to quarantine and join us! Go troll elsewhere por favor."

Even though she didn't win Chris Soules' heart, Ashley has been an active member of Bachelor Nation over the years. In 2015, she stopped by Kaitlyn Bristowe's Bachelorette season alongside Nick Viall and then, in 2020, she and Jared hosted a group date for Tayshia Adams, in order to help her find the "grown ass man" of her dreams.

While fans will have to wait until Jan. 18 to see what happens when Ashley arrives at the Nemacolin Resort to help Matt find love, Chris teased that they will be surprised by her appearance. "You were amazing as always. But yes you guys are about to see and hear a very different side of Ashley!!!!" he teased, while the Almost Famous and I Don't Get It podcast host added that she's "very excited and nervous about everyone seeing this date!!"

Ashley isn't the only familiar face who will return to The Bachelor this season; Heather Martin, who appeared on Colton Underwood's season, showed up unexpectedly in the middle of filming in order to attempt to romance Matt. "This is an impossible situation," Heather admitted in a preview for the season. "Still, I do think that Matt is worth it."

"She felt for sure this was her husband and basically did anything she could to get there and track him down," ABC executive Rob Mills teased about Heather's sudden arrival during an episode of the Bachelor Recap podcast. Ashley's cameo will likely be a bit less dramatic than Heather's, but it's clear that there's still plenty of sexy secrets to be revealed on Matt's journey to find love.