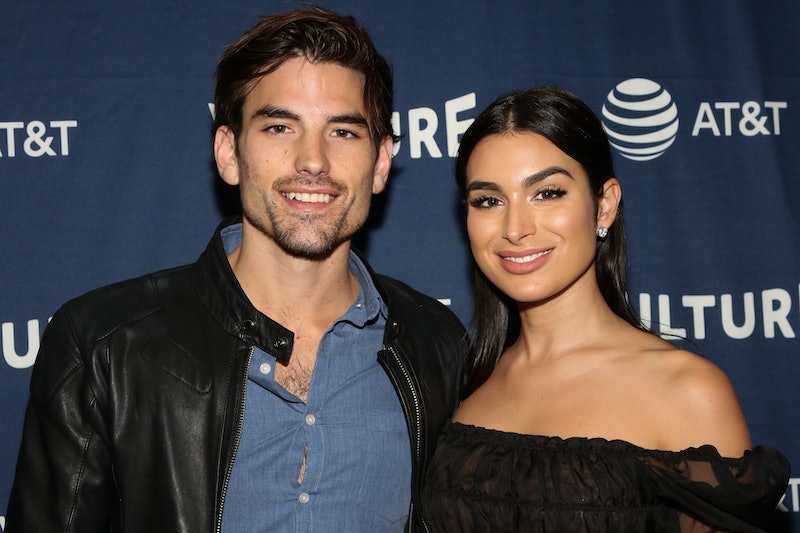 This summer, Bachelor Nation's Ashley Iaconetti and Jared Haibon got to enjoy all the beach fun and resort romance of Bachelor in Paradise — minus the tears (because hey, they’ve had more than their fair share). As the new parents enjoy some much-needed alone time on Bachelor in Paradise Season 8, you may be wondering about their relationship so far, and their past in the franchise.

Ashley and Jared spent three years dating on and off before tying the knot in the summer of 2019. But it wasn't until May 2018 that the two revealed they were officially dating.

Throughout the pair's time on The Bachelor franchise, it seemed like Ashley was chasing after someone who wasn't interested in anything beyond a friendship. But an episode of Ashley's KineticTV show, The Story of Us shared the real story behind their complicated will they, won't they romance. As Jared says in the video, "It's so hard to really decipher between our romantic feelings for each other and our friendship feelings for each other because we've been so close for so long that we really were — and still are — best friends."

After years of mixed signals, Jared eventually took the plunge and revealed his true feelings for Ashley, and they finally got together. Since then, the couple has gone through plenty of relationship milestones, including their June 2018 engagement, getting a dog, their August 2019 wedding, and welcoming a baby boy, as they announced on Jan. 31, 2022. Here's a look back at how it all played out — and what else they've been up to recently.

This article was originally published on May 23, 2018