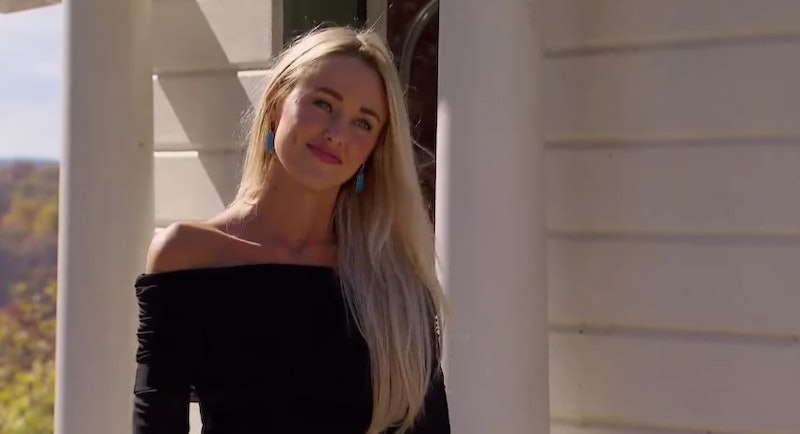 Shortly after Tayshia Adams' season of The Bachelorette wrapped, Matt James made his official Bachelor Nation debut. During the first episode of The Bachelor, Matt introduced himself and shared a bit about his backstory. One thing that remains unclear weeks later, though, is how Heather Martin, a contestant from Colton Underwood's season, fits into the picture and if Matt gave her any roses during filming.

After Matt's first rose ceremony and controversial final save, ABC gave a sneak peek into the following episode. In typical "most dramatic season ever" fashion, Heather rolled up to the resort's security tower, much to Chris Harrison's surprise. "Heather, what are you doing here? You could honestly destroy this whole thing for Matt," the host told her. And when she walked in, a gobsmacked Matt said, "Heather? I feel like I'm in a dream right now." For the record, Heather and Matt are both friends with former Bachelorette Hannah Brown. There aren't any hints that they've met or dated in the past, but their shared connection explains why he already knew who she was.

Heather's future on the show remains uncertain. But while she's there, the Carlsbad, California native will stir up plenty of emotions as some of the contestants are already crying, "You already had your f*cking shot at a Bachelor. Like, go home." Because ABC has teased what happens with their relationship all season long and we may finally get some answers, it's time for a little investigation into what Heather's been up to since Bachelor filming wrapped in November.

While some of us have been glued to our SAD lamps all winter, Heather has been living it up with her close friends and family. From spending so long in a hot tub that her feet turn all wrinkly, line dancing with Hannah B., traveling to Idaho, to securing that spon con bag, Heather stayed busy the last couple of months.

Toward the end of January 2021, Heather revealed she has "been working on something really fun for a while now with the sissies and it’s coming SOON!" She posted that caption along with a pic of her and her sisters wearing black jeans and sweaters with "Tilted Three" black beanies. It's unclear what this Tilted Three business is, but it looks to be a clothing brand and family venture.

Back at the beginning of December, Heather was already gearing up for the new year and setting her intention to "be more bold" in 2021. She wrote, "What I’ve come to realize recently is that I don’t think there will ever be a time when I am just not afraid anymore. I think I will always have that lingering fear in the back of my mind, but what I am deciding to choose is to embrace that fear and step out in it even when it seems crippling." Even though Matt's season was filmed in 2020, Heather is definitely well on her way to adopting that daring mindset.

More like this
Where Is Former Bachelor Host Chris Harrison Now & What Is His Net Worth?
By Hugh McIntyre
Wait, Did Nate Actually Turn Down Being The Bachelor?
By Kadin Burnett
Everything To Remember About Lace Morris Before 'Bachelor In Paradise' Season 8
By Grace Wehniainen
Here's Exactly When Rachel & Tino's Fight Happened After 'The Bachelorette'
By Grace Wehniainen
Get Even More From Bustle — Sign Up For The Newsletter