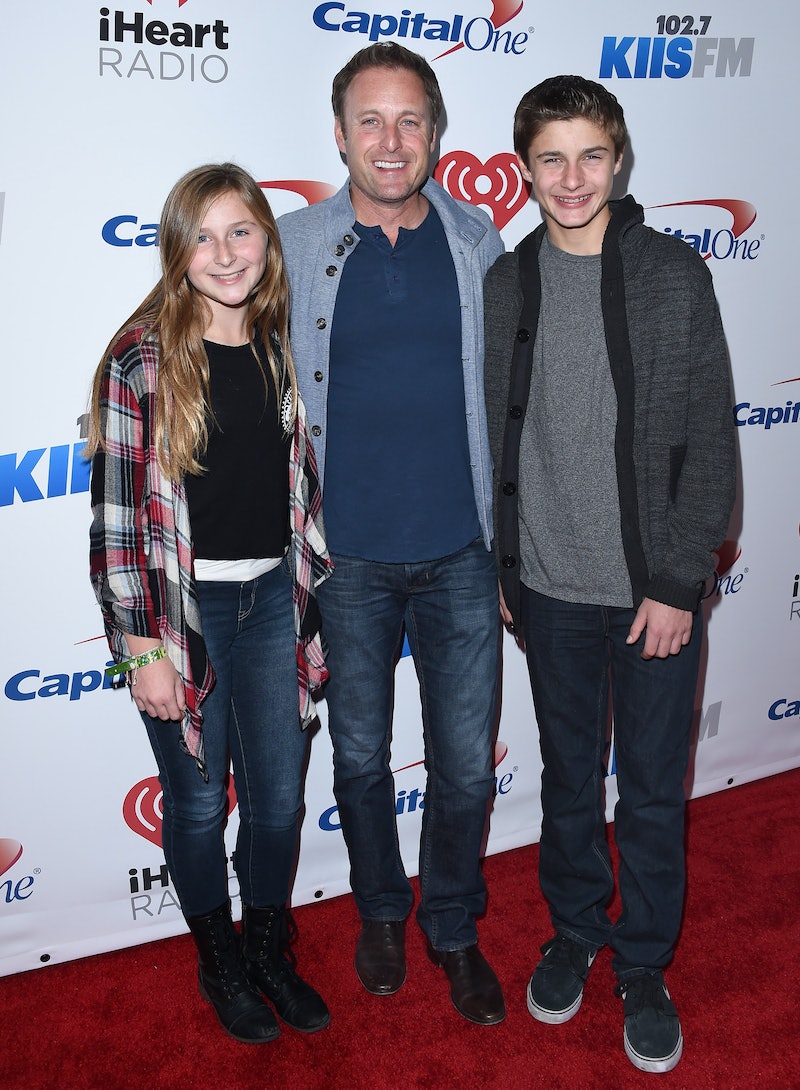 The Bachelor: Greatest Seasons Ever! may not be the same as a typical Bachelor season, but it has introduced fans of the franchise to a new star: Chris Harrison's son Joshua, who makes regular cameos on the show as his dad's at-home filming supervisor.

Now 18 years old, Joshua grew up with The Bachelor being a big part of his life. He's one of two kids Harrison shares with his ex-wife, Gwen Harrison; Joshua's younger sister, Taylor, is 16. When The Bachelor premiered, Joshua would've been just 2 years old, and Greatest Seasons Ever! is far from the first time he's been on or around a Bachelor set. According to People, Harrison regularly brings his whole family to Mexico for the filming of Bachelor in Paradise. "It’s our vacation, we hang out in Mexico and swim," he told the publication, joking that the show offers "good life lessons" about how not to treat romantic partners.

Joshua makes a good assistant to Harrison, though it's not clear if he has any television aspirations of his own. In May, Harrison revealed on Instagram that Joshua will attend Texas Christian University. "Today is national college decision day for my son and the class of 2020," he wrote. "Proud of you Joshua earning the honor and making the decision to attend." The reality show host also tagged the university's lacrosse team, suggesting his son might be attending the school to play the sport.

Harrison has shared several other sweet family moments on social media during the coronavirus quarantine. In April, he posted a photo of a family game night on Instagram, writing, "I cherish the simple moments like game night." And in January, Harrison posted a throwback photo of Joshua playing lacrosse, writing that his son and his friend were "going to the college of their choice both taking their game to the next level" and that he is "unbelievably proud."

Joshua might not be spending much time on the lacrosse field these days, but working as a makeshift producer for The Bachelor: Greatest Seasons Ever! is a pretty fun alternative.