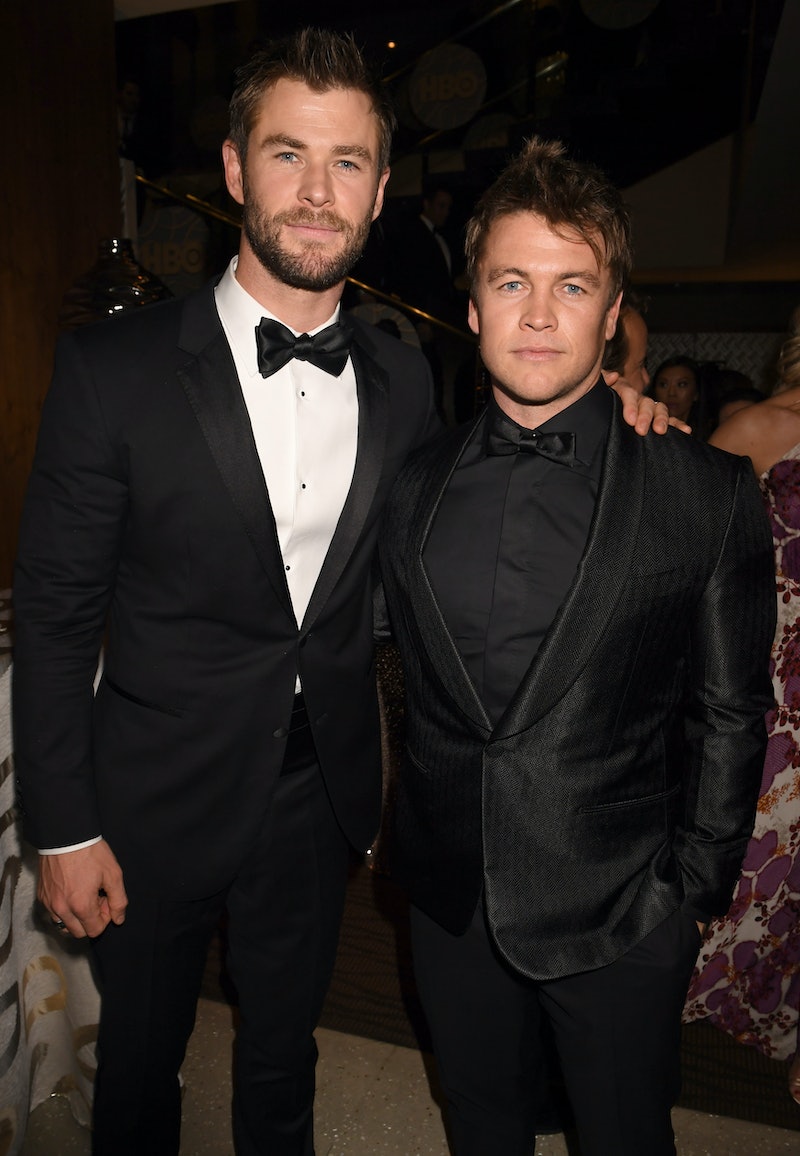 What’s a little trolling between brothers? Luke Hemsworth teased Chris Hemsworth about his new mediation series on Friday, May 21, pulling the ultimate sibling move as his younger brother promoted his latest endeavor. Apparently, Chris’ voice didn’t have a calming effect on him at all.

Chris had posted a snippet of a recording session for his new learn-to-meditate series for Centr, his personalized digital health and fitness program, on Instagram. The short behind-the-scenes video gave the Thor star’s followers a taste of him guiding a meditation, rumbling in a low-pitched voice about the body “loosening up” and how good it feels to let go. However, whether or not his meditation voice had the desired effect is arguable, especially to his brother.

In the comments, Luke couldn’t resist the opportunity to taunt Chris. “This is not relaxing me,” he wrote. “I want my money back.”

While the oldest Hemsworth brother didn’t explain why the clip wasn’t relaxing to him, many of Chris’ fans did. And their reasons were rather… suggestive. For them, Chris’ meditation voice was much more stimulating than calming.

“HOLY CRAP,” commented another. “YOU COULD LITERALLY READ MEDICAL RECORDS IN THIS VOICE AND I WOULD NEED A SHOWER.”

Other commenters joked about getting pregnant from his voice, needing to “‘meditate’” to it (eyebrows, eyebrows), and “having dreams about [it] for weeks.” Clearly, hearing Chris ask, “Feels good to let go, doesn’t it?” was a gift many people had not expected to receive in this lifetime.

As for the actor, he didn’t seem to be taking himself too seriously while recording the meditation. Chris’ voice is a highlight of the clip, but it’s not the only part that got fans going. He lip-bites, he uses hand gestures, and there’s even a gratuitous bicep shot, a sigh, and a groan. At one point, he actually starts to lose it and almost bursts out laughing mid-sentence, and by the end, he can’t hold it in anymore.

Chris does take health and fitness seriously, though. He works with experts to curate daily workouts, meal plans, and meditations for the program, according to the Centr’s website, and his inspiration “came from wanting to give people all over the world access to what he’s learned about achieving a healthier body and mind.” The MCU star is, of course, famously fit — to the point that he says it influences how people see him as an actor.

“There’s an aesthetic that the role requires,” Chris said of playing Thor during a Telegraph interview published on April 5. “Bodybuilding is seen as vanity, whereas if I put on a bunch of unhealthy weight, or got unhealthily skinny for a role, I’d probably be called a serious actor.”

Despite Luke’s teasing, he is one of the people who fully appreciates the range of Chris’ talent. In a touching birthday tribute in 2019, he sang his brother’s praises and showed just how much he supports him. “You’re a constant inspiration and beacon of joy,” Luke wrote in part. “Your journey is so bloody exciting to watch and makes me incredibly proud to call you my brother. Keep bringing happiness and entertainment into the world and don’t underestimate the value of what you do.”