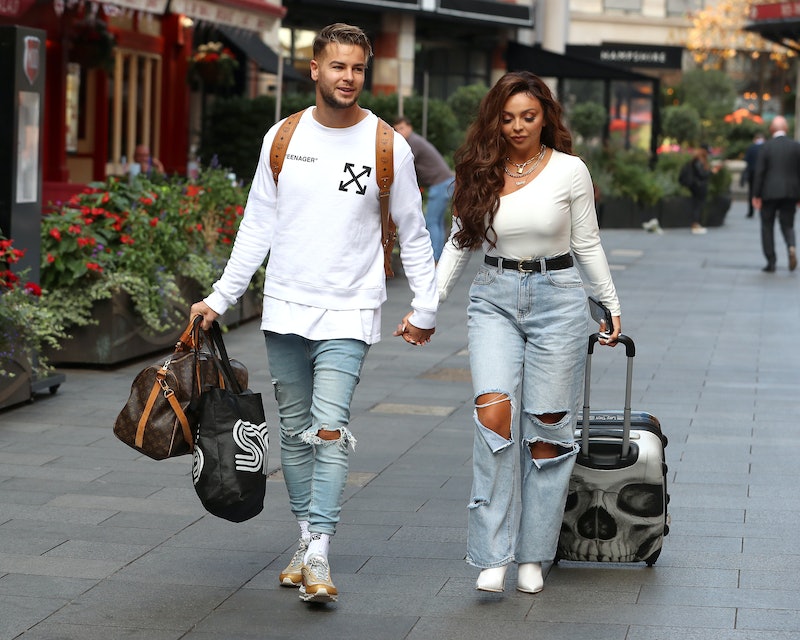 Since announcing her departure from Little Mix, Jesy Nelson's ex-boyfriend Chris Hughes has shared his support for the singer's decision to focus on her mental health. Hughes, who featured prominently in Nelson's 2019 BBC documentary Odd One Out, commented on her Instagram post "The best" accompanied by a red heart.

Nelson and Hughes became an item in 2019, but broke up in April this year. However, it seems the two parted on good terms, as Hughes has been a regular defender of Nelson when it comes to the likes of Twitter trolls. As Cosmopolitan notes, in May the Love Island star responded to one user by telling them that perhaps instead of posting nasty comments about Nelson they "let that person live. She has strength, she has beauty, and she has a heart that you could only dream of having."

Speaking about Nelson's documentary to the Mail Online, Hughes reiterated that he'll always have the singer's back. "Obviously we supported each other when we were together. I still support her now with things, whether I do that publicly or not, I still do support her anyway."

Breaking the news in a statement to Instagram on Monday (Dec. 14), Nelson explained that after nine years with Little Mix she needed to focus on her mental health and the things that make her happy. "Being in the band has really taken a toll on my mental health," she wrote. "I find the constant pressure of being in a girl group and living up to expectations very hard."

"There comes a time in life when we need to reinvest in taking care of ourselves rather than focusing on making other people happy," the singer continued, "and I feel like now is the time to begin that process [...] I'm ready to embark on a new chapter in my life — I'm not sure what it's going to look like right now, but I hope you'll still be there to support me."