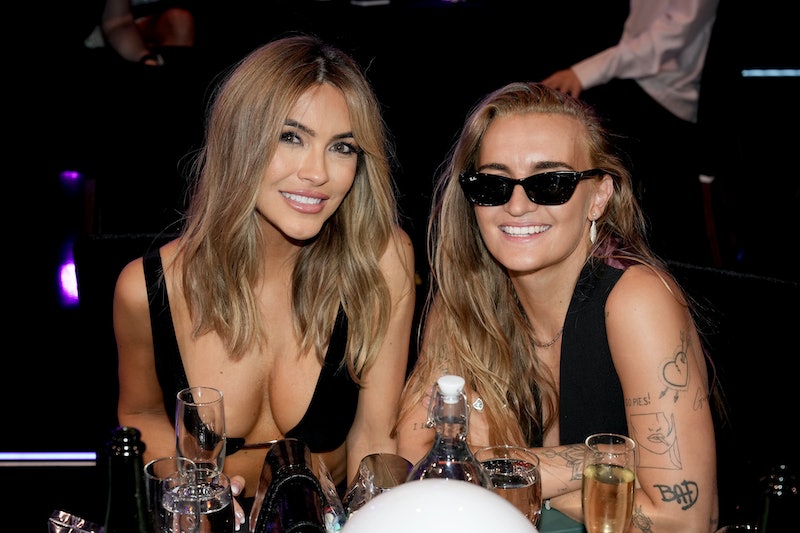 Sometime in the two months since her relationship reveal at the Selling Sunset Season 5 reunion, Chrishell Stause entered the “unlocked” stage of her relationship with G Flip. What does that mean exactly? “It’s when they have the key to your heart, but the walls are down and there are no rules or regulations, just love and support,” Stause recently told Vogue of dating the Australian musician. “Plus, it ties into real estate, which is actually quite cute!”

The Oppenheim Group realtor’s favorite part of their relationship is simply “just being around G,” something she described to the magazine as “such a mood-lifting experience.” Stause also described how much she loves “feeling that endless support of just wanting the other person to be fully who they are.”

Further explaining that theirs is “not a stereotypical relationship,” the All My Children alum added that they “do want some different things,” however, including children. “G knows that I want to be a mom, and I know that that’s not where they are right now in their life,” she shared. “It really is just a super-open, communicative situation where we don’t want to block anything for either person, and we want to offer each other love and support no matter what form it takes.”

As Selling Sunset viewers will remember, Stause and her co-star/boss Jason Oppenheim split in December 2021 over conflicting stances on wanting children. In this case, however, it doesn’t seem that Stause and G Flip are totally on opposite pages regarding starting a family. Appearing on the May 13 episode of the People Every Day podcast in May, the musician said that they are “very transparent” about the stages they’re at in their lives right now, but they “definitely see children” in their future.

“I’m very fortunate to have her in my life,” they added. “We both feel like we’ll be in each other’s life forever. We have, like, a very strong connection that you don’t find every day.”

Indeed, Stause echoed G Flip’s comments in her Vogue interview, stating that “without a doubt” they will “always be in each other’s lives.” The Selling Sunset star also said that she wouldn’t have known she was “open to so many things without them kind of opening my eyes.” That naturally includes navigating her first queer relationship in the spotlight, which she called a “beautiful thing that has been a huge learning experience” for her.

“I feel like we really met for a reason,” Stause added to Vogue while also brushing off relationship naysayers. “There’s just so much love and support there that sometimes other people look at it and if it doesn’t fit into their box, they’re not going to agree with it, or they hate it, or they are going to somehow try to pick it apart. And that’s okay, because that’s going to happen no matter what. But that’s what I was saying before; you put your life out there to a certain point and then you just let it go and try to be happy, without worrying about what some random stranger thinks about it.”