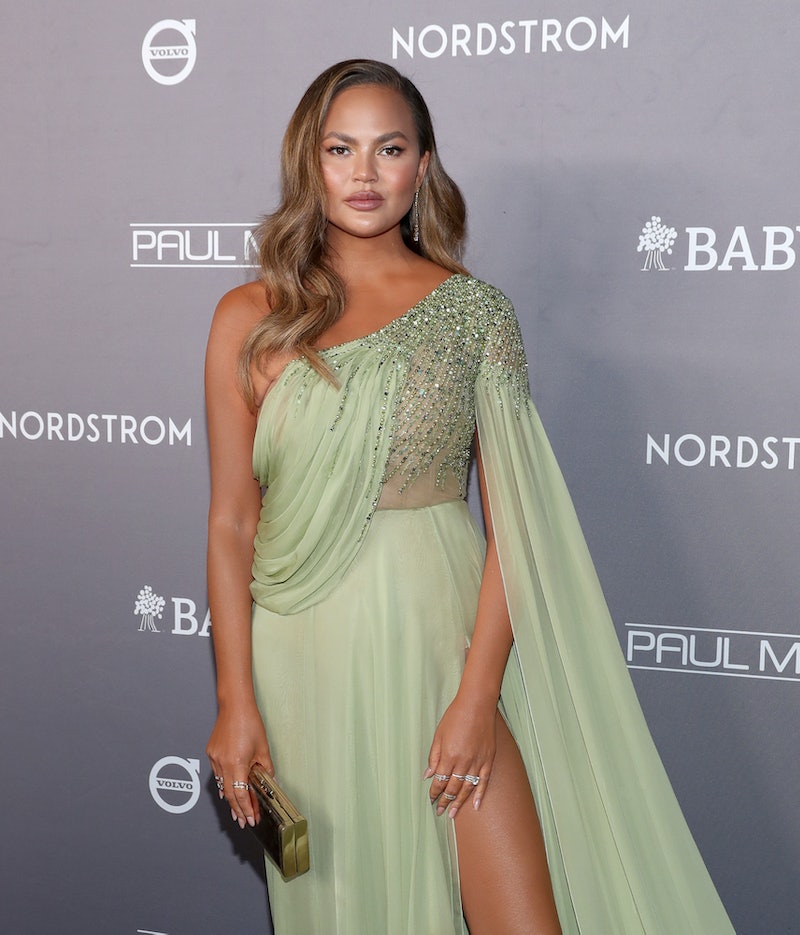 It’s been months since the height of Chrissy Teigen’s cyberbullying scandal, but the Cravings cookbook author is still dealing with the fallout. After some followers accused her of going through and deleting negative Instagram comments, Teigen took to her Instagram Stories on Aug. 10 to set the record straight. “Two things that I think are funny right now,” she said. “One: People in my comments that are mad that there’s not enough angry comments in my comments. They’re mad.”

Teigen went on to explain that some people think she manipulates her comments section to boost her image after making headlines for bullying Courteney Stodden, Lindsay Lohan, Farrah Abraham, and others. “But like, what? That’s, like, next-level hater,” the Lip Sync Battle host said. Then, she called out those who think she deserves more backlash. “When you’re mad that there’s not enough hate, that’s pretty... You’re crazy,” she said.

The scandal first broke in May, when The Daily Beast published an exclusive interview with Stodden. The reality star told the publication that Teigen tweeted hateful messages to them 10 years ago that encouraged them to end their life. “She wouldn’t just publicly tweet about wanting me to take ‘a dirt nap’ but would privately DM me and tell me to kill myself,” they revealed. On May 12, Teigen responded on Twitter. “Not a lot of people are lucky enough to be held accountable for all their past bullsh*t in front of the entire world,” she wrote. “I’m mortified and sad at who I used to be. I was an insecure, attention-seeking troll.”

The 35-year-old model also acknowledged that the embarrassment she felt was “nothing” compared to how she made Courtney feel. “I have tried to connect with Courtney privately but since I publicly fueled all this, I want to also publicly apologize,” she tweeted. “I’m so sorry, Courtney. I hope you can heal now knowing how deeply sorry I am.” Before logging off, she also made a promise to her fans. “I am so sorry I let you guys down,” she wrote. “I will forever work on being better than I was 10 years ago, 1 year ago, 6 months ago.”

Although Stodden accepted her apology, several other celebrities began to come forward with allegations of their own. Around the same time, Teigen stepped away from her guest role on Season 2 of Netflix’s Never Have I Ever and lost many of her brand partnerships. Not only was she dropped from the Safely cleaning brand that she co-founded with Kris Jenner, but her cookware line also disappeared from Macy’s, Target, and Bloomingdale’s. After lying low for many weeks, she returned to social media to lament over being part of the “cancel club.”

“I don’t really know what to say here,” Teigen captioned a July 14 Instagram post. “Just feels so weird to pretend nothing happened in this online world but feel like utter sh*t in real life. Going outside sucks and doesn’t feel right, being at home alone with my mind makes my depressed head race.” Elsewhere in the caption, the 35-year-old wrote that only a few people understand what it’s like to be canceled, and that she just wanted to connect with her followers again. “I do know that however I’m handling this now isn’t the right answer,” she continued. “I feel lost and need to find my place again, I need to snap out of this.”

It’s been nearly a month since Teigen shared that post and she still feels like she can’t win in the court of public opinion. In her Aug. 10 Instagram Stories, she said even nice comments that she leaves on people’s posts make people angry. “If I leave a comment under somebody’s photo, even if it’s nice — ‘You look great! I love this outfit!’ — people get all sorts of mad,” Teigen said. “Because I am alive.”