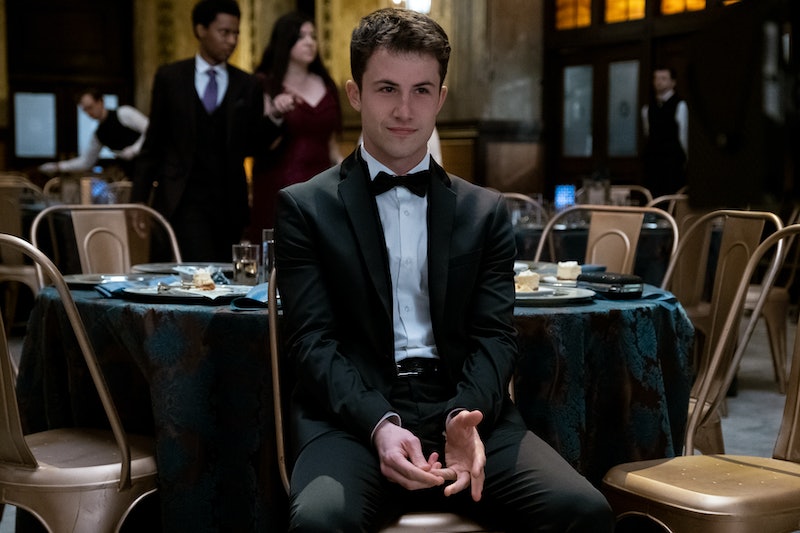 Spoilers ahead for 13 Reasons Why Season 4, episodes 1-10. Clay hasn't always had the easiest time of it on 13 Reasons Why. And in the final season we see his mental health begin to deteriorate as the deaths of Hannah, Bryce, and Monty weigh on him. It's a grim storyline, but Clay's fate on 13 Reasons Why takes a surprising turn in the finale. In a show about darkness and heartbreak, Clay's story ends on a surprisingly hopeful note.

Across the final season, Clay's mental health worsened significantly as a result of the guilt he felt over Monty and Bryce's deaths, as well as the paranoia that the police would finally figure out he was involved in the cover up Bryce's murder. Clay became plagued by anxiety attacks and frequently saw hallucinations of Bryce and Monty, later learning he was suffering from what his therapist labeled dissociative episodes.

In Episode 8, we learn that Clay manifested a sort of alter ego, one who ran around creating chaos while Clay was in a fugue state. It's Clay's other identity who graffitied the school, set fire to the principal's car, and taunted his friends during the camping trip.

After discovering his misdeeds, Clay managed to pull it together for prom. But just as he was feeling better the night ended in tragedy. Justin collapsed on the dance floor and was soon diagnosed with AIDS. Justin dies in the finale while holding Clay's hand.

This all seemed irreversibly bleak, but we learn that Clay eventually recovers and looks forward to the future. He gets into Brown University, and speaks openly at graduation about his anxiety and depression. In the wake of Justin's death, Clay begins to actually open up to his therapist about how impossible life has seemed, starting with what went down with Hannah Baker. He even briefly sees a vision of Hannah at the graduation, but this is interrupted by Heidi, an implied new love interest who is also attending Brown. In a separate scene, we learn that the sheriff's office has closed the Walker case for good, so Clay and his friends are officially free.

The show ends with Clay and the rest of his friends burying the tapes and then looking out at the city, all of the past betrayals and fights between them forgotten. They confirm that if any of them were to text the code "Gordon Lightfoot," the rest would show up to help with no questions asked.

Clay packs for college, but before leaving he speaks to a ghost-like manifestation of Justin, who has Clay read his college essay. Justin wrote about Clay being his primary positive influence and brother, and he tells Clay that he'll survive even without him. Clay finds closure through this final interaction, and Clay confirms with his therapist that he wants to continue working with him on his recovery even after he goes away.

The final shots are Clay and Tony driving to college together as their loved ones wave in the distance. Clay never thought things could get better, but in the final moments of the show, we're given the hope that perhaps Clay and the rest of his Liberty High friends will be OK after all.