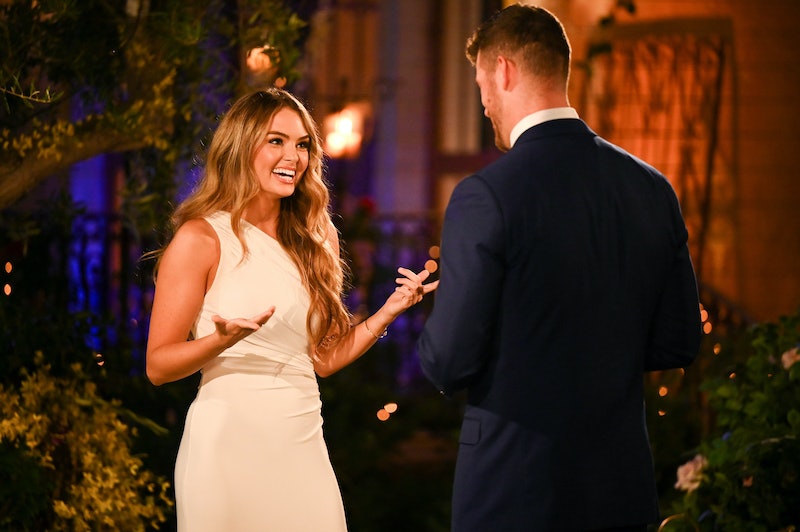 We’re only two weeks into Clayton Echard’s season of The Bachelor, but already, there’s been a lot of attention on Susie Evans. A trailer for the season seemed to suggest she’s part of Clayton’s final three, and even though Clayton himself said the clip is misleading, people are still hedging bets that Susie could be the winner of his season.

The 28-year-old Virginia native made a strong entrance by joking about the “electricity” between her and Clayton on night one. That was apparently enough to score her the first one-on-one date of the season, during which the two helicoptered onto — and later dove off of — a yacht.

With that in mind, one Reddit sleuth dug into Susie’s social media activity, pointing out that both she and Clayton posted on Instagram within 20 minutes of each other after filming for the season ended. The user claimed that Susie had unfollowed Clayton on Instagram, but that her close friends and family still followed him. Another eagle-eyed fan noticed that Susie also follows Cary Fetman — the Bachelor franchise’s stylist who often works with contestants for the final rose ceremony.

Also working in Susie’s favor? She’s friends with Bachelor alum Caelynn Miller-Keyes, who she met while competing in the Virginia beauty pageant circuit. According to Caelynn’s boyfriend Dean Unglert — who also happens to have an ex competing on Clayton’s season — Caelynn is convinced Susie “will either win or become the next Bachelorette. So Caelynn and I have a bet going to whose friend is gonna go further,” he explained, per Cosmopolitan.

What fans have known from the beginning is that Clayton “did find love” on The Bachelor — with not one, but three women. “I was a little skeptical going into the whole journey, but I’m so pleasantly surprised that things worked out much different than I thought,” the 28-year-old Missouri native said on Good Morning America in December. “Again, I’m just so excited to watch it back and have everyone else watch it as well.”

As previews have already teased, Clayton revealed to two of those three women that he “was intimate” with both of them, leading to a lot of confusion among the women. How that will affect who accepts his final rose, we don’t yet know. But there seems to be a fair amount of evidence that Susie will be the one making the decision.

More like this
Zach Swears He Didn’t Look Up Contestants Before The Bachelor Began Filming
By Brad Witter
The Bachelor’s Christina Mandrell Comes From One Of Country Music’s Most Famous Families
By Brad Witter
A Guide To All Of Zach Shallcross' 'Bachelor' Filming Locations
By Brad Witter
10 Photos Of The Wildest Limo Arrivals From 'The Bachelor' Premiere
By Brad Witter
Get Even More From Bustle — Sign Up For The Newsletter
From hair trends to relationship advice, our daily newsletter has everything you need to sound like a person who’s on TikTok, even if you aren’t.