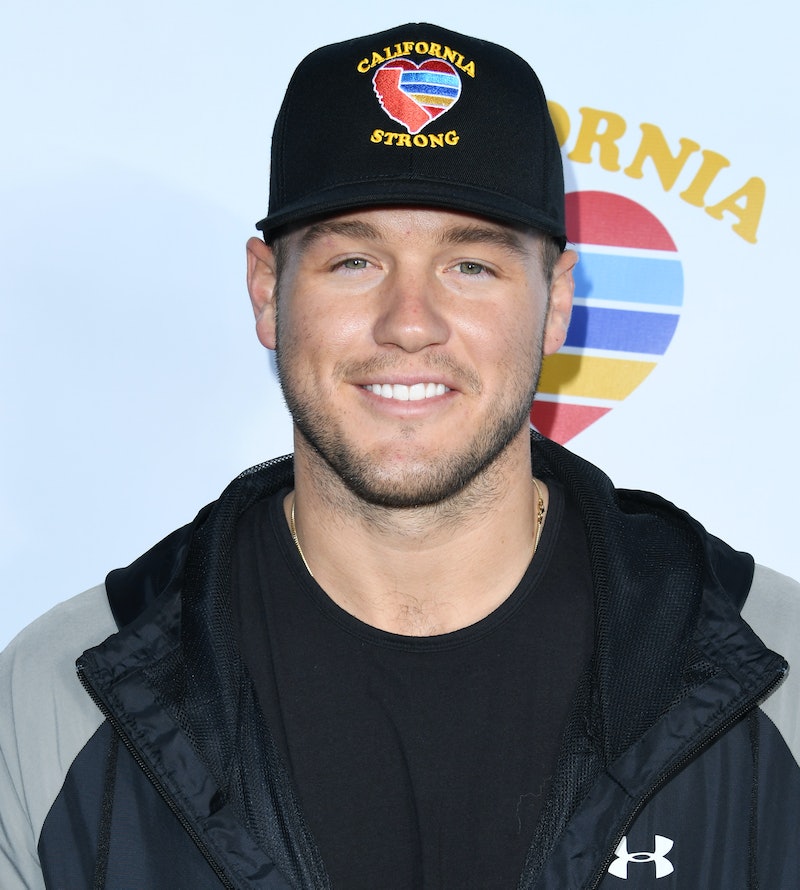 The Bachelor’s Colton Underwood came out as gay during a tell-all on Good Morning America on Wednesday, April 14. But despite telling host Robin Roberts that he’s the “happiest and healthiest” he’s ever been, the 29-year-old former football player knows that coming out is just the beginning of this next chapter of his life. “I have a lot to learn, but I have come a long way,” he wrote in his first Instagram post since making the big announcement. “To the people in my corner, I love you. Without you I wouldn’t be here.”

Alongside the heartfelt caption, the former Bachelor lead included a carousel of photos with some of the most important people in his life. The post featured images of his family, his friends, his dog, and even Olympian Gus Kenworthy, an openly gay athlete who has inspired countless LGBTQ+ people to live their most authentic lives. Underwood’s post came after he wiped his Instagram clean on Tuesday night ahead of his interview on GMA.

Upon seeing Underwood’s post, several people took to the comments to rally behind The Bachelor’s Season 23 star. “Love you and proud of you,” Kenworthy wrote. “Everybody is on their own journey and some are more difficult than others. Yours has not been the easiest nor has it been the hardest and you are doing your best which is the best you can do. Honored to be your friend.” Jersey Shore’s Nicole “Snooki” Polizzi, country star Jana Kramer, and many members of Bachelor Nation also took to the comments to show the reality star some love.

“Live that authentic life yes! Happy for you,” Kaitlyn Bristowe commented. Clay Harbor, who competed alongside Underwood on Becca Kufrin’s season of The Bachelorette, also came through with a supportive message. “Happy for you brother,” he wrote next to a raised hands emoji. Blake Horstmann, another castmate from Season 14 of The Bachelorette, echoed that sentiment in his own comment and also expressed support while speaking to Rachel Lindsay for Extra earlier this week.

“It’s impossible for me to imagine what he went through and it’s impossible for me to relate to his experience,” Horstmann told the former Bachelorette. “I can’t imagine hiding that secret from the world on national television for years. ... I can’t imagine how hard his inner demons and the struggles he’s had within himself have been, so I’m proud of him for being true to who he is and I hope he is able to give a lot of other people the courage to do the same.”

Underwood spoke very candidly about the struggles he’s faced throughout his life during the interview, admitting to Roberts that he’s known he was “different” since the age of six. “I couldn’t process it and I couldn’t put my finger on what it was until high school, my freshman year when I knew I was gay,” he said. “By that time, I had already grown up in the Catholic Church, I had gone to Catholic grade school. I had learned in the Bible that [being] gay is a sin.”

“I would have rather died than said, ‘I’m gay,’ and I think that was my wake-up call,” he continued. Fortunately, after a very “dark” period in which he experienced thoughts of suicide, Underwood revealed that he’s finally ready to live his truth. “The next step in all of this has been letting people know,” he said, adding that he’s “still nervous.” “I’m emotional, but I’m emotional in such a good, happy, positive way. I’m like the happiest and healthiest I’ve ever been in my life and that means the world to me.”