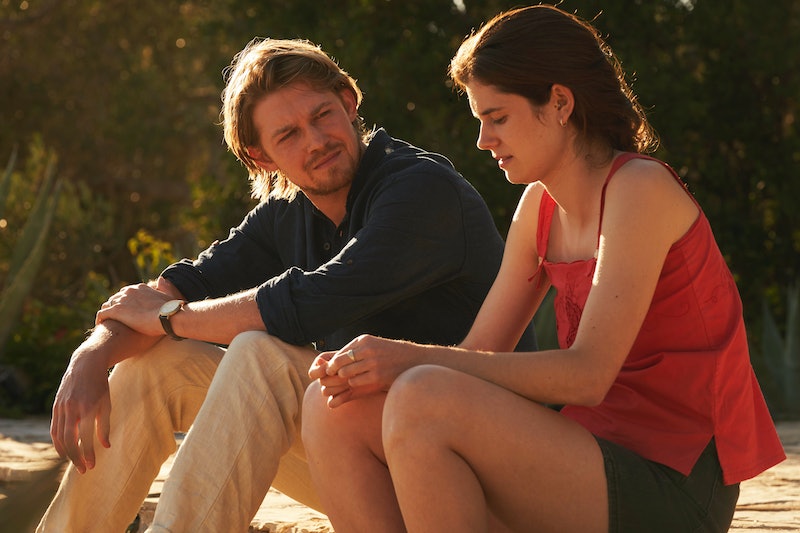 The hotly-anticipated TV adaptation of Conversations with Friends will likely thrill fans of Sally Rooney. However, for those yet to experience the complicated lives of Frances, Bobbi, Melissa, and Nick in Rooney’s debut novel, allow us to fill you in. Seeing as it’s likely to be a major talking point on social media over the coming weeks — we all remember the Normal People hype — here’s how the Conversation with Friends book ends.

Conversations with Friends follows Trinity College Dublin students Frances and Bobbi. The pair were previously in a relationship, but have remained friends. One night, they bump into Melissa and Nick, a married couple, and they immediately hit it off.

Bobbi develops a crush on Melissa, as does Frances with Nick, but Frances acts upon it. Seeing a deep connection between Frances and Nick, Melissa becomes suspicious that they’re having an affair. Further on in the novel, Nick confesses. Melissa sends an email to Frances saying that while she and Nick will remain married, they can continue their affair as it’s seemingly beneficial to Nick’s mental health.

Despite going well for a while, the love square doesn’t work out, breakups happen, and feelings are hurt. On top of that, Bobbi and Frances hit a particularly rough patch after a story Frances wrote is published in a magazine. The main character is suspiciously reminiscent of Bobbi, which she doesn’t appreciate.

Frances is left to contemplate the ramifications of her decisions, all while suffering from a recent diagnosis of endometriosis. She eventually apologises to Bobbi about the story, and the two resume a sexual relationship ,but decide to keep it casual compared to their initial connection. At the end of Conversations with Friends, Nick accidentally calls Frances, but they catch up anyway. Nick confesses that he still has feelings for her, and she tells him to come get her.

For Rooney, the open ending was essential to the story. “I had written several other endings for the book, which were much longer, because I seemed to believe at some unconscious level that it was my task to ‘tie up’ every ambiguity I had introduced,” she told PBS News Hour. “Once I identified that impulse, and reasoned myself out of it, I wrote the final scene as it is now — and I felt the novel was finished.”