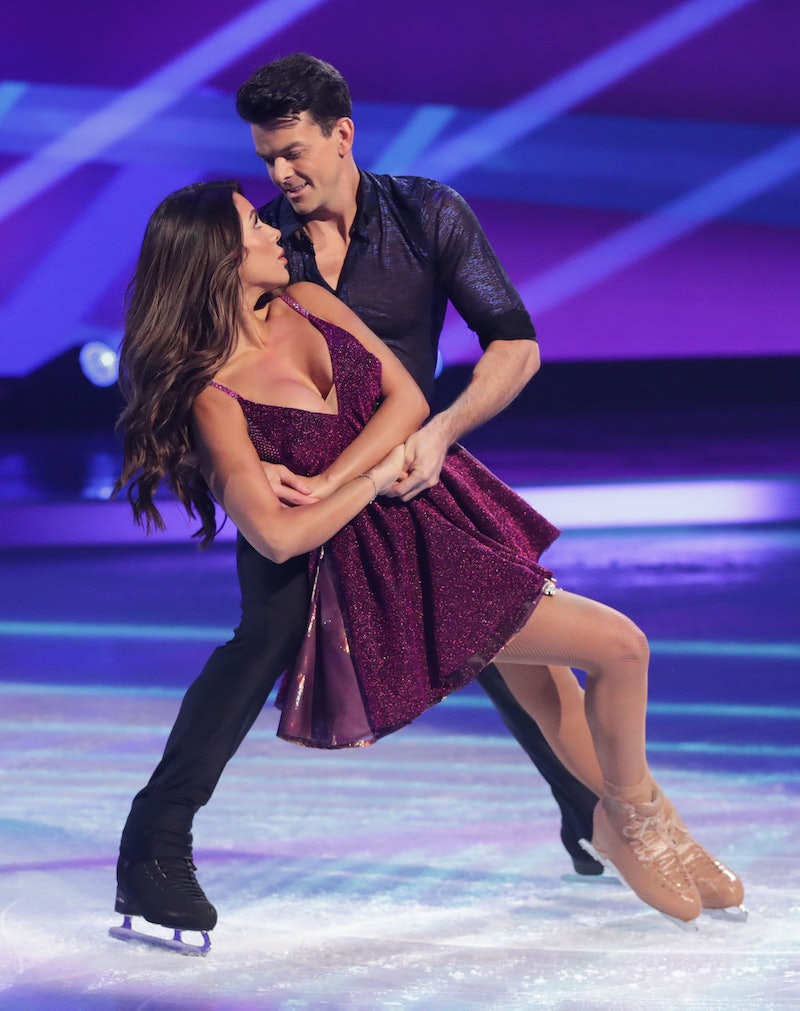 Fans of Ekin-Su Cülcüloğlu were left shocked last week during the premiere of Dancing On Ice when the Love Island winner was put in the first bottom two of the series. On Sunday night (Jan. 22), Ekin-Su was up against former professional footballer John Fashanu in 2023’s first skate-off. Wearing a plum-coloured dress and skating to Ariana Grande’s “No Tears Left To Cry,” Ekin-Su stunned the judging panel, who decided to save her.

Despite receiving Ofcom complaints about her outfit during the first week, Ekin-Su confidently skated to victory. She also has a big fan on the judging panel, as judge Oti Mabuse recently defended the reality star. Appearing on The Graham Norton Show last Friday (Jan. 21), Mabuse expressed her support for Ekin-Su. “For me, to put yourself in that position again, to wear an outfit like that, to do something that is beyond, again, talking about women and their bodies, more about the skating and the talent and that risk-taking was what was important to me,” she said, explaining how she went about judging Ekin-Su’s performance. “If I had that body, I’d wear less to this show, and I’d wear it all the time.”

Fans were also very supportive of Ekin-Su, sharing their relief that she made it through the skate-off with such an incredible performance. “Yasss my girl Ekin-Su survived the skate off! I’m not gonna lie, I literally only tune into watch her,” one user wrote. “So glad Ekin-Su is safe. She didn’t deserve to be in the skate off and I don’t care what anyone says she looked absolutely incredible last week,” wrote another.

However, some fans shared the belief that, due to Dancing On Ice’s format, Ekin-Su had an unfair advantage in the skate-off, on account of her having an extra week to rehearse. As per the show’s split format, Fashanu made his debut a week after Ekin-Su, and had to skate for survival with only a few moments notice.

Below, take a look at our pick of the top memes and tweets reacting to Ekin-Su surviving the first Dancing On Ice skate-off of 2023.

More like this
Twitter Has Renamed Ekin-Su After *That* 'Dancing On Ice' Performance
By Sophie McEvoy
This Pre-'Love Island' Video Of Olivia & Zara Together Changes Everything
By Bustle UK
Joey Essex Is Rumoured To Be Dating A 'Love Island' Favourite
By Sam Ramsden
Spencer Matthews’ Impressive Net Worth Expands Far Beyond Chelsea
By Sam Ramsden
Get The Very Best Of Bustle/UK
Sign up for Bustle UK's twice-weekly newsletter, featuring the latest must-watch TV, moving personal stories, and expert advice on the hottest viral buys.