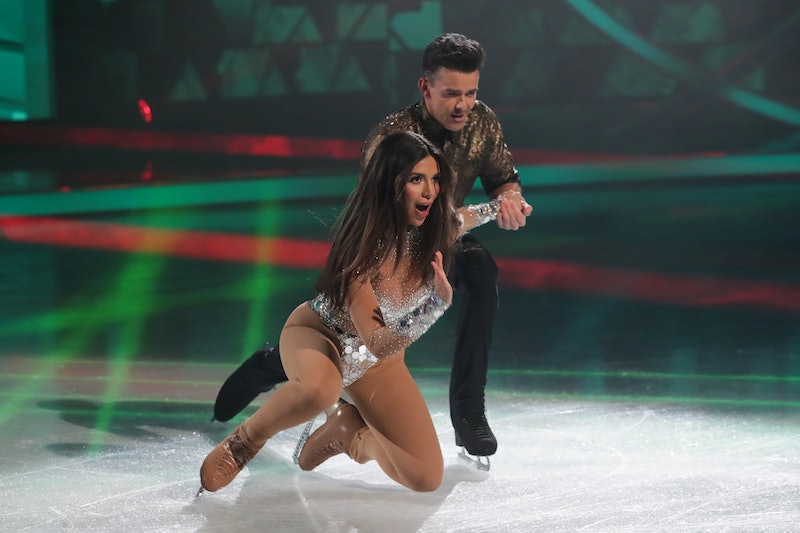 As is the case every year, viewers took to social media during the ad breaks to vent their frustrations and react to certain moments of the show. Unsurprisingly, Ekin-Su was a major talking point, as was Davide Sanclimenti showing his support in the audience. Unfortunately, despite wowing the audience with a routine to “Toxic” by Britney Spears, which included the crawl that Love Island fans will be familiar with, the judging panel awarded the Love Island winner a mixture of fours and fives out of 10. This score meant that Ekin-Su found herself in the bottom two against Liberty X’s Michelle Heaton. Sadly, the Love Island star lost, and she became the first celeb in this year’s series to be in the skate-off next Sunday (Jan. 22). Fans of Ekin-Su were quick to jump to her defence on Twitter, sharing their dismay at the results.

While the Ekin-Su drama certainly stole the show on Sunday night, Dancing On Ice viewers were also vexed about the number of adverts shown during the premiere as well as other moments from celebs like Joey Essex not computing a pun related to his show The Only Way Is Essex and Patsy Palmer’s newly found American lifestyle that provided a wealth of content for memes.

Below, see our pick of the best memes and tweets reacting to the 2023 premiere episode of Dancing On Ice.

More like this
Twitter Has Renamed Ekin-Su After *That* 'Dancing On Ice' Performance
By Sophie McEvoy
Twitter Can’t Make Up Its Mind About Ekin-Su’s 'Dancing On Ice' Skate-Off
By Sophie McEvoy
This Pre-'Love Island' Video Of Olivia & Zara Together Changes Everything
By Bustle UK
'Love Island' Has Added Yet Another Bombshell To The Villa
By Bustle UK
Get The Very Best Of Bustle/UK
Sign up for Bustle UK's twice-weekly newsletter, featuring the latest must-watch TV, moving personal stories, and expert advice on the hottest viral buys.