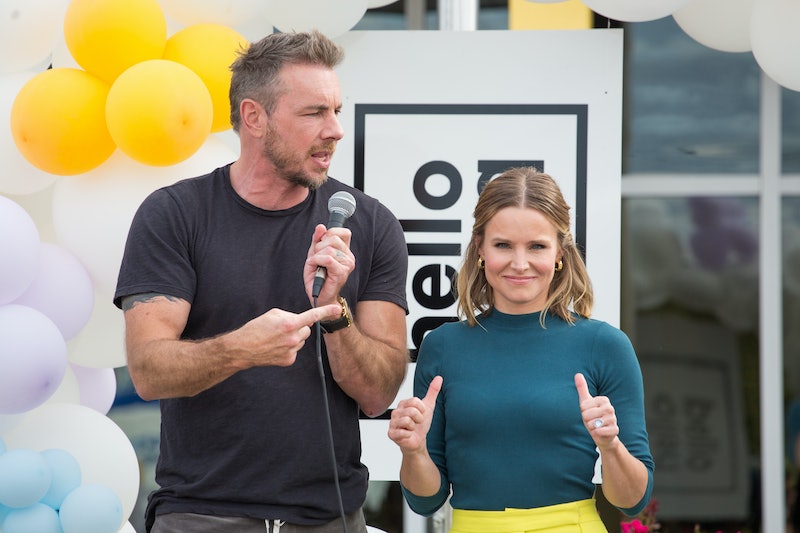 It’s not just beauty that’s in the eye of the beholder. Where one person might see a considerate partner, another might see a “henpecked husband.” Star Magazine recently used the unflattering label on Dax Shepard and other A-list husbands, and when the comedian saw a photo of the tabloid cover on social media, he decided to have a little fun with it.

“So excited and proud to share that I am apparently starring in a film called ‘Henpecked’ with Ben Afflec[k] and Keith Urban,” he wrote in a Dec. 17 Instagram post, referencing the two stars whose photos appeared prominently alongside his. “SO exciting. Have not read the script yet, but apparently it’s already been shot.”

The cover claimed that Shepard — who has been married to fellow actor Kristen Bell for nine years — is “banned from hanging with friends,” while Affleck is “treated like an assistant” and Urban “must call home by 10 PM,” so he mocked that, too. “It appears I play ‘No Friends Guy,’ who is clearly second banana to Ben’s character ‘Assistant,’” Shepard continued. “Keith’s character ‘In By 10’ is potentially the hardest role in the film to play.”

And from there, the dad of two hinted that — gasp! — he and the others might actually exercise free will and not just be browbeaten by their respective wives, Bell, Jennifer Lopez, and Nicole Kidman. “He, like me, probably WANTS to be in by 10, but the fact that he’s been told he can’t stay out later makes him reflexively want to stay out until 11,” he joked of the “In By 10” character. “This contradiction is fertile ground for a talented thespian. Can’t wait to see it!!!!”

Shepard’s followers appreciated his comical retort, including fellow actors Molly Ringwald, John Stamos, and Justin Chatwin, who had their own jokes to add. “I can’t believe that my husband didn’t make the cut!” Ringwald commented, adding that she needs to “step it up.”

Stamos, on the other hand, quipped that he had “dropped out” of the project. “You must have gotten my role,” he continued in his response. “You’ll have to grow your hair longer and I hope you’re cool with nudity. Break legs, pal.”

“That’s why you don’t hang out with me anymore…” Chatwin added. Shepard made sure to respond, telling him, “exactly.”

Other fans more seriously pointed out that the “henpecked husbands” label smacked of sexism. “Wow. Clearly they don’t listen to your podcast,” one wrote. “This seems crafted by a bunch of incels: ‘Men in loving relationships with women have their lives ruined and controlled!’” Another added, “Great company to be among…STRONG Women with SUPPORTIVE Men/Hubs…of course it’s misconstrued as henpecked!”

In October 2018, Shepard also called out Star. The magazine reached out for comment on what he called a “bullsh*t story” claiming Shepard and Bell discussed engaging in “kinky things” so she could have “insurance against marital meltdown.” The Armchair Expert host posted a screenshot of the email on Instagram and shared he was offended by the idea that his wife would do “all this kinkiness” out of “a desperate attempt to save her marriage,” rather than “out of horniness.” He added, “I think we all know Bell is a lot more gangster than that.”

Now, through his most recent dust-up with the magazine, Shepard has come up with what his followers told him is actually a really good movie idea. If the wives of these “henpecked husbands” are willing to let them make it, their fans are ready to show up in theaters.

More like this
Meghan Trainor & Daryl Sabara Are Expecting Their Second Baby
By Jake Viswanath
Pamela Anderson’s Dating & Marriage History Could Be Its Own TV Series
By Jake Viswanath
'Bachelorette' Vet Clare Crawley Revealed Her Stunning Wedding Photos
By Stephanie Topacio Long
Vanessa Hudgens Is Reportedly Engaged To Cole Tucker
By Jake Viswanath
Get Even More From Bustle — Sign Up For The Newsletter
From hair trends to relationship advice, our daily newsletter has everything you need to sound like a person who’s on TikTok, even if you aren’t.