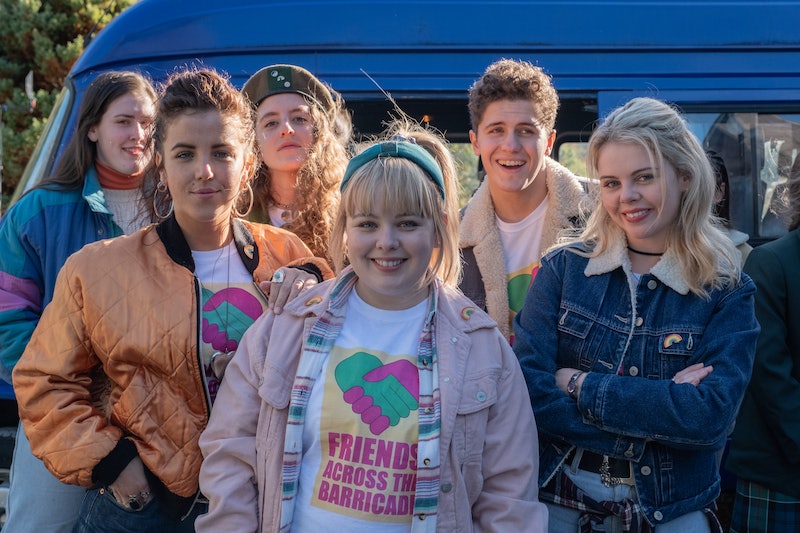 Even though the third and final Derry Girls season already aired on the UK’s Channel 4 in May, Netflix had to remind international fans months later that the comedy was ending. “It’s going to be so hard to say goodbye...” read an Aug. 31 tweet from the streamer’s official account, announcing that the series finale would become available to stream outside the UK and Ireland on Oct. 7.

According to creator and writer Lisa McGee, it was “always the plan to say goodbye” to the late ‘90s-set sitcom after Season 3. “Derry Girls is a coming of age story; following five ridiculous teenagers as they slowly...very slowly... start to become adults, while around them the place they call home starts to change too and Northern Ireland enters a new more hopeful phase — which was a small, magical window of the time,” she tweeted in September 2021.

McGee continued, “Derry Girls is a love letter to the place I come from and the people who shaped me. It has been an honor to write it and I will be forever proud of everything it’s achieved.”

Several months later, McGee gave a more hopeful statement about a possible spinoff in a May interview with Bustle. “I love this world and I’d love to [return] at some point, but it’s just finding the right thing,” McGee revealed, adding that she had already started sharing ideas with Derry Girls director Michael Lennox. “Someone said to me about the three men — Dad Gerry, Grandad Joe, and Uncle Colm. Them doing something could be funny.”

The same month, however, she told Digital Spy that fans shouldn’t expect any potential Derry Girls spinoffs any time soon. “I wouldn't do a spin-off now, and I have no plans to do a spin-off,” McGee, who based the show on her own experiences as a teen, said. “I have all this stuff that's been put to one side because I wanted to finish Derry Girls properly, and put all my focus on that and do it justice, but those things have to sort of move up the queue, so I wouldn't be able to make another for a while even if I wanted to.”

Regardless, she offered the outlet another possible idea. “I always thought, just for my own amusement, there's something in Aunt Sarah and Ma Mary,” McGee teased, referencing Kathy Kiera Clarke and Tara Lynne O’Neill’s characters. Meanwhile, she also thinks “there’s something” to the idea of focusing on Jenny Joyce (Leah O’Rourke) “and her little sidekick” Aisling (Beccy Henderson) as well.

So while it is the end of Derry Girls for now, there’s always hope for the future.

More like this
The 'Gossip Girl' Reboot Creator Is “Looking For A New Home” To Air A Potential Season 3
By Brad Witter
'The Crown' Season 6 Has Suspended Filming "Out Of Respect" For The Queen's Death
By Bustle Staff
Ozzie’s Coming Out Scene With Kitty On 'That ’90s Show' Has Twitter Sobbing
By Brad Witter
Everything To Know About 'Cobra Kai' Season 6
By Brad Witter
Get Even More From Bustle — Sign Up For The Newsletter
From hair trends to relationship advice, our daily newsletter has everything you need to sound like a person who’s on TikTok, even if you aren’t.