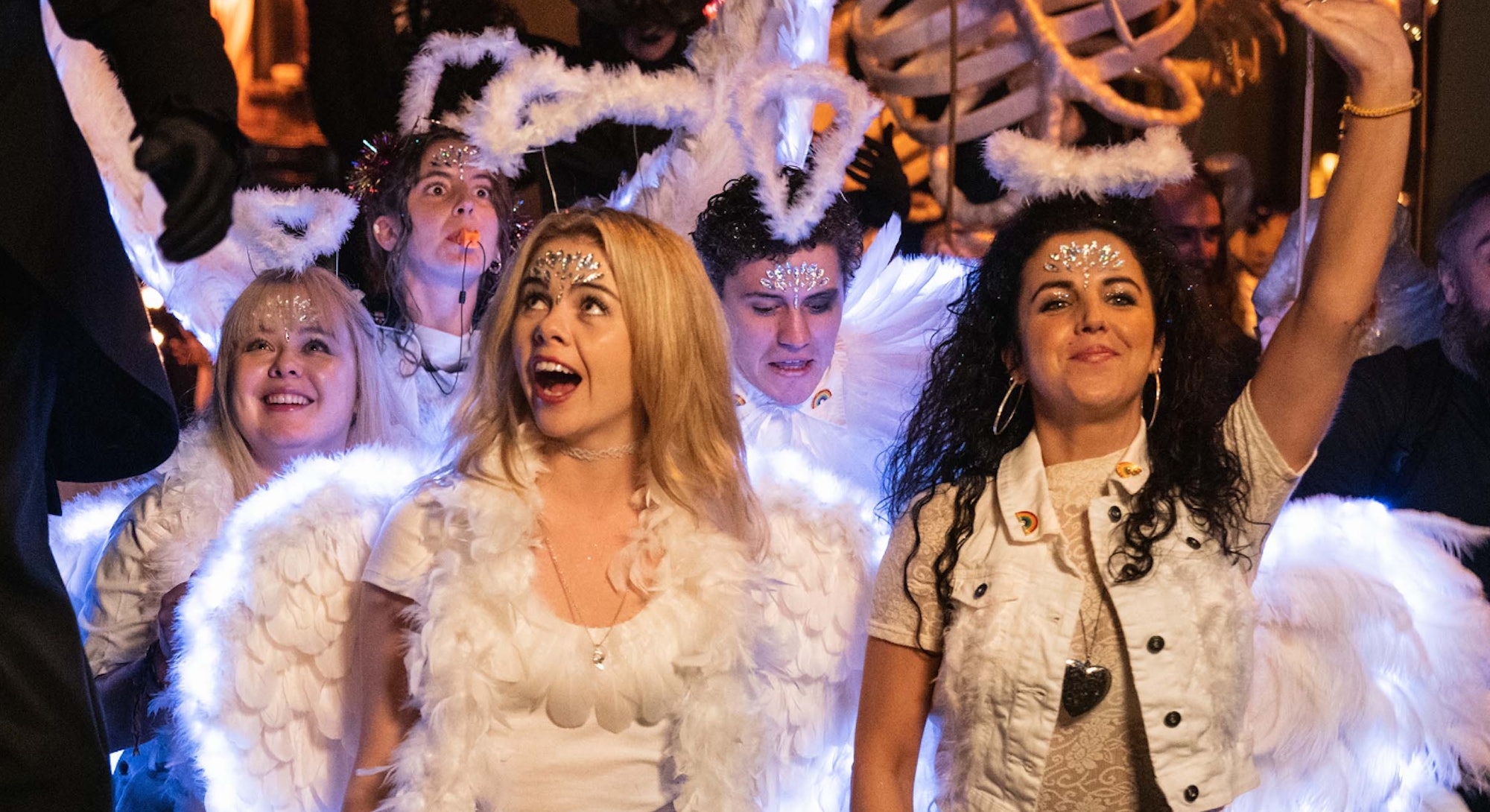 It was always going to be difficult to say goodbye to Derry Girls, and series creator Lisa McGee made it that much harder by delivering an astounding hour-long special farewell episode. Picking up one year after the Season 3 finale, the final chapter saw our lead characters prepare for the next stage of their lives. We witness Clare Devlin (Nicola Coughlan) settling into a new school, having relocated after her dad’s death. Meanwhile, best friends Erin Quinn and Michelle Mallon — portrayed by Saoirse-Monica Jackson and Jamie-Lee O’Donnell — have a big falling-out over the pending Good Friday Agreement referendum. The vote affects each character differently, as they’re forced to confront the past and prepare for the future, both as individuals and as a community. True to form, we were also treated to some landmark cameos, with former first daughter Chelsea Clinton making a surprise appearance in the closing frame. But with the series now wrapped up, fans are already wondering what comes next. Is there a Derry Girls film or spin-off in the works? Bustle spoke to the show’s creator and cast about what lies ahead.

For Jackson, the answer is a simple one. “I’d definitely be intrigued to visit Erin at a later date,” she tells me over a video call. “I love playing and being Erin Quinn. It’s one of the best things that’s ever happened to me.” Revealing it comes down to McGee, the show’s writer and creator, Jackson adds: “To have that opportunity [to return] would be something I’d love to do, but that’s entirely down to Lisa.”

O’Donnell is equally enthusiastic about the prospect of bringing Michelle to life once more. “It’s been the same every season, Lisa has come up with stuff for our characters, and I’m like a fan; I’m dying to see where Michelle’s going to go and what happens to the gang,” the actor explains. “If that was to come up again [with a film] I’d be just as excited and intrigued to see what Lisa comes up with.”

Meanwhile, the other members of Derry Girls’ lead cast have slightly different outlooks. On the idea of returning for a film, Dylan Llewellyn, who portrays James “The Wee English Fella” Maguire, tells me: “We’re quite happy with how things ended with Season 3. Leaving people wanting more is the best way to go.” He does, however, have a rather wild idea for a Derry Girls spin-off involving Sister Michael. Sharing a similar sentiment, Louisa Harland — who plays fan-favourite Orla McCool — likes the idea of leaving the show on a high. “It’s overwhelming, but I think it’s the right thing. We’ll mourn with the readers,” she reasons. “It’s surreal to think that we’ll never play these characters again, but I think the last series is great, and so beautifully written, probably the best yet.”

In agreement, Coughlan tells me: “Dylan, Louisa, and I feel like we’ve wrapped up our character’s journeys. And if you feel like you’ve done something to your best ability, you don’t want to go back and tarnish it.” Noting that Derry Girls is about a specific moment in the characters’ lives, she laughs: “I don’t want them to be older!” Much like her co-star, the Bridgerton actor also has an idea for a spin-off series. “Like Mamma Mia! But with Aunt Sarah. We could find out who Orla’s dad is,” she muses.

Of course, the final say on whether there is a future for Derry Girls on screen comes down to the show’s creator and writer. And fans will be pleased to know that the Northern Irish talent is open to the idea of revisiting the characters from the show. During an exclusive preview of the series’ finale and hour-long special episode, McGee told Bustle: “I love this world and I’d love to [return] at some point, but it’s just finding the right thing.” And while McGee is currently too “knackered” to make a firm plan for the show’s future, she recently started sharing ideas with Derry Girls director Michael Lennox.

Revealing she may well explore the lives of the older generation within the show, McGee says: “Someone said to me about the three men — Dad Gerry, Grandad Joe, and Uncle Colm. Them doing something could be funny.” One thing is for certain: This is only the beginning of McGee telling stories about her beloved birthplace. “I want to write funny stuff about Northern Ireland, so I’ll definitely be writing about home again,” she promises. As for how many of those stories will include characters from Derry Girls, we’ll have to wait and see. But needless to say, we’re excited to see what McGee does next.