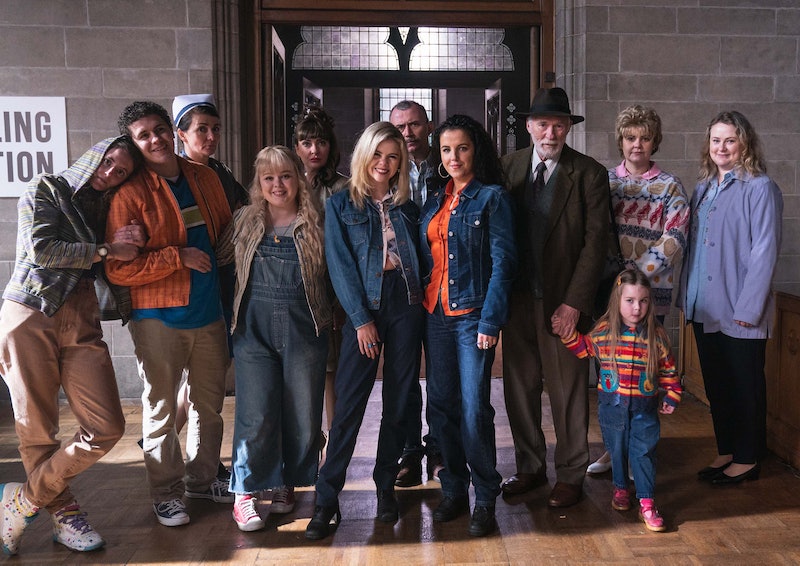 Since 2018, Channel 4’s Derry Girls has made us laugh, cry, and provided some side-splitting one-liners with a peak ‘90s nostalgia soundtrack to boot. Now, after three seasons, it's time to bid farewell to Erin, Michelle, Clare, Orla, and James. Penned by Lisa McGee - who has discussed the possibility of future Derry Girls spin-offs - the coming-of-age comedy is set within 1990s Derry, Northern Ireland, centering on the lives of four teenage girls (and a “wee English fella”) as they navigate adolescence at Our Lady Immaculate College under the watchful eye of Sister Michael, and against the backdrop of the Northern Irish Troubles.

Although many are sad to see the acclaimed sitcom wrap up for good, the much-anticipated season finale appears to have been a major hit with fans. Viewers watched as our favourite Derry girls dealt with the aftermath of a heartbreaking death and took an emotional (yet typically hilarious) journey into the next stages of their lives - culminating in the Good Friday Agreement referendum of 1998 that ushered in a new era of hope.

Naturally, viewers were quick to share their thoughts on the all-important final episode, and if social media reactions offer any indication, the Derry Girls finale went down very well with fans indeed.

“It feels weird to say goodbye to a show as iconic as #DerryGirls today, but sometimes the greatest gift a show can leave us is us all wanting more,” one fan wrote on Twitter. “derry girls is one of the best shows to be made in the past decade im so sad it’s over,” another viewer said of the show’s conclusion.

Meanwhile, other fans were quick to praise the series for sensitively portraying Northern Ireland’s history, with all the usual Derry Girls humour viewers have come to expect. “I learned more about the Good Friday agreement in the five minute closing #DerryGirls montage than I learned in the entirety of my education in the UK,” another fan opined.

Find some of the very best reactions to Derry Girls’ final ever episode below.