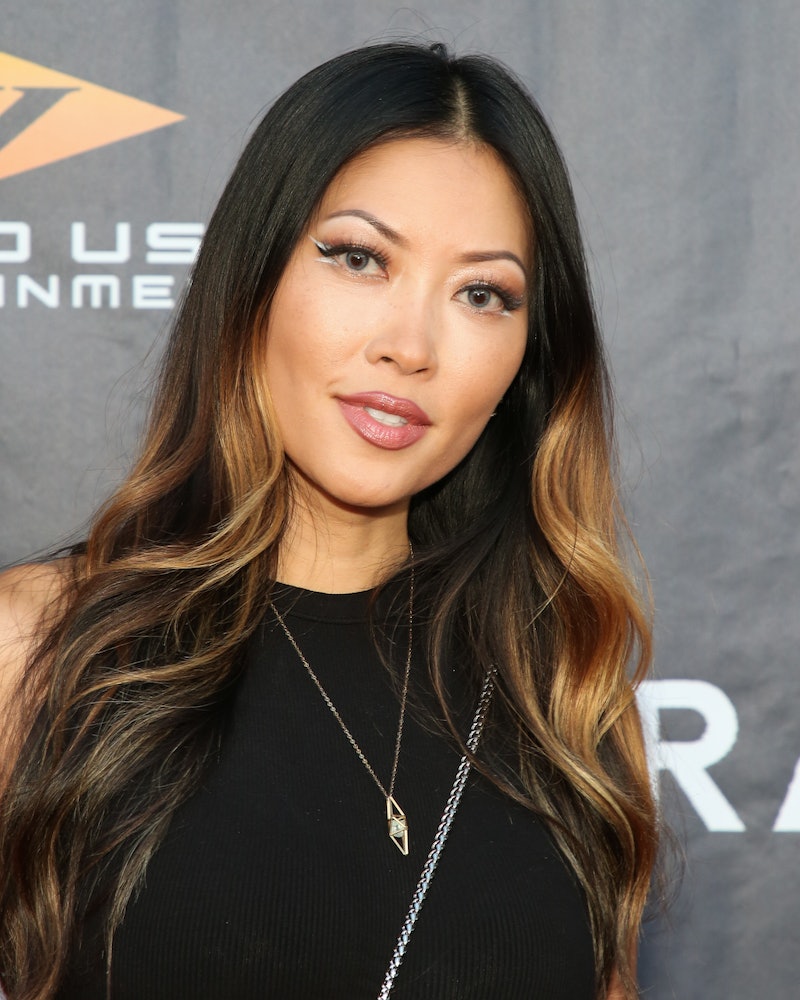 Spoilers ahead for Bling Empire Season 3. During Bling Empire Season 3, Kevin Kreider reunited with Devon Diep — his ex-girlfriend from nearly seven years ago. The adorable meeting was pulled together by Christine Chiu, in whom Kevin confided about his lingering feelings for Devon. “I think it was Devon the whole time, and I was just looking for Devon in other people,” he said. “I just want to see her again.”

After their surprise rendezvous in Paris, Kevin and Devon met up in Los Angeles and officially decided to give their relationship another try. “We deserve a shot,” Devon said, cueing happy tears from her beau. “I missed you,” Kevin said. “And now I don’t have to miss you anymore.”

So it’s definitely possible that we’ll be seeing more of Devon on Bling Empire in the future. In the meantime, you may be wondering — who is Devon Diep outside of the show?

As Devon wrote for Boston Man last year, she grew up near Boston as the child of a refugee family from Vietnam. “I often remind myself that my parents escaped to a foreign country with no money, had to learn another language, and risked their lives for us to have a better future than what we had in Vietnam,” she said. “I promised myself that I must succeed and make them proud.”

Today, Devon has a multi-hyphenate career in entertainment. In addition to working as a model, she’s acted in projects such as 2021’s Snakehead and 2020’s Defending Jacob. Behind the camera, she wrote for Boston Man that she’s recently written and directed her debut short film, “Air.”

Devon is a musician, too, and wrote the title track for Revenge of the Green Dragons, on which Martin Scorsese served as executive producer. She also recently dropped a new single, “War + Sunshine.”

“It’s a romantic pop song I wrote about giving heartbreaks a second chance at love,” she wrote on Instagram in August.

Speaking of second chances, is “War + Sunshine” about Kevin and Devon’s rekindled romance? They ended Bling Empire Season 3 as a couple, but their exact relationship status after filming isn’t immediately clear. The pair, however, recently attended several events together, including the Creative Arts Emmys and a screening for Netflix’s Partner Track.

In Kevin’s post about the Emmys, he used Devon’s song, and she noticed the sweet nod. “Awwww that’s my song,” she commented. “Glad you love it sunshine ;)🌞🎤✨.”

As fans of reality romance are used to by now, stars will often keep their relationship status under wraps on social media, so as to not spoil the show. Now that Bling Empire Season 3 is finally here, perhaps we’ll be getting more conclusive answers about whether Kevin and Devon are still together.

On Instagram, Devon regularly shares clips of new music and behind-the-scenes snaps from her projects across the entertainment industry — including Bling Empire Season 3.

She’s also documented her work on film sets, like Snakehead. “A dream come true to play and be a part of representing strong badass asian females in this awesome film,” she wrote in November.

Devon regularly interacts with her Bling Empire Season 3 co-stars, including Kevin and Christine. “I have never seen Kevin happier so thank you for coming back ❤️,” Christine commented on one post.

More like this
Watch The Gripping First Trailer For The 'Harry & Meghan' Netflix Doc
By Jake Viswanath
At 28, Prue Leith Was In A Secret Affair & Sharing Apple Pie With Stoned Neighbors
By Grace Wehniainen
Khloé Kardashian’s Son Was Born A Week Before Anyone Realized
By Jake Viswanath
Kim K Reveals The Advice Demi Moore & Kendall Jenner Gave Her For A Runway Show
By Jake Viswanath
Get Even More From Bustle — Sign Up For The Newsletter