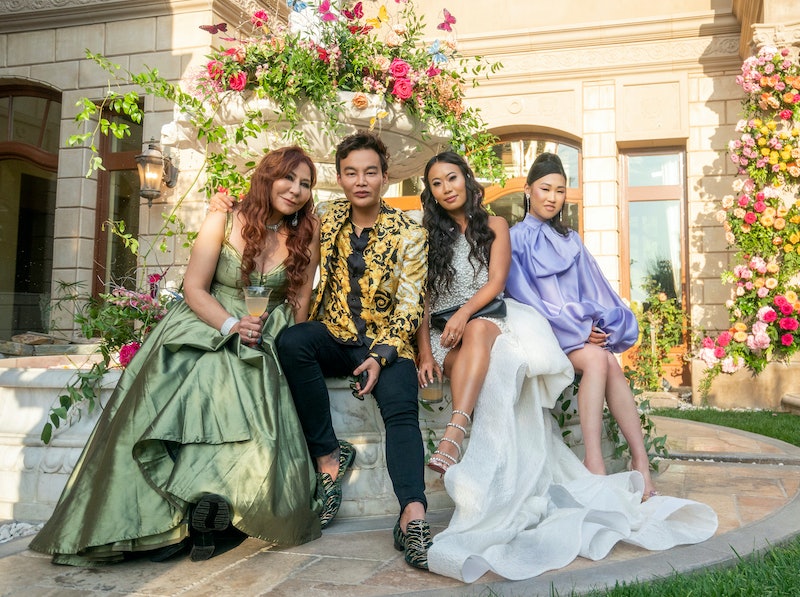 With several relationships ending on a major cliffhanger, we knew a Bling Empire Season 3 was inevitable. There was Anna Shay and Christine Chiu’s intensifying feud, which ended with Christine claiming she feared for her life. (Anna Shay, of course, suggested Christine was being overly dramatic.) Kevin Kreider and Kim Lee’s relationship seemingly died before it could even get off the ground, with Kevin feeling thrown off by Kim’s lie detector test challenge. The show hinted at the return of Kelly Mi Li’s much-maligned ex, Andrew Gray.

It’s only been a few months since we last saw the Bling Empire crew, but Season 3 just debuted on Oct. 5. A Netflix spokesperson confirmed to Bustle via email that Bling Empire Season 3 was filmed in the fall of 2021. This makes sense, considering the season immediately picks up right where Season 2 left off.

On Oct. 26, 2021, Jamie posted a picture of herself doing one of the Bling Empire interviews in front of a green screen. As for Andrew, he posted a Nov. 30, 2021 photo of himself posing next to graffiti that reads “I don’t need more bling,” and the Bling Empire Season 3 trailer confirms he is indeed back on the show. While the show was filming, Kelly posted a quote on Instagram on Oct. 9, 2021 that reads, “We have been socialized to think that a relationship ending means we are a failure. And yet, a relationship that ends can often be evidence of empowerment. It can be the moment we’ve finally said ‘enough.’”

Around the same time, some of the other cast members debuted crossover episodes with other Netflix properties. This included Kevin and Kane Lim on Floor is Lava with Selling Sunset star Chrishell Stause, and Kevin doing a Love Is Blind promo spot with Chloe Veitch from Too Hot To Handle. As the trailer demonstrates, Chrishell will also appear on Bling Empire. Christine, meanwhile, participated in Dancing with the Stars Season 30 and an episode of RuPaul’s Drag Race. And while there’s plenty of drama that unfolds between Kevin and Kim in Season 3, it appears they’re still on good terms as they presented together at the MTV Movie & TV Awards on June 6.

As for when filming wrapped up, it looks like everything was finished by spring 2022. As Dorothy Wang explained to Page Six, the season was “already locked and loaded” by mid-May. She added that “all the drama that you see [in Season 2], it really continues to intensify and heat up. The feuds get feudier [sic] and there’s a lot of deep-rooted things that come out.” So time to brace yourself for even more drama.