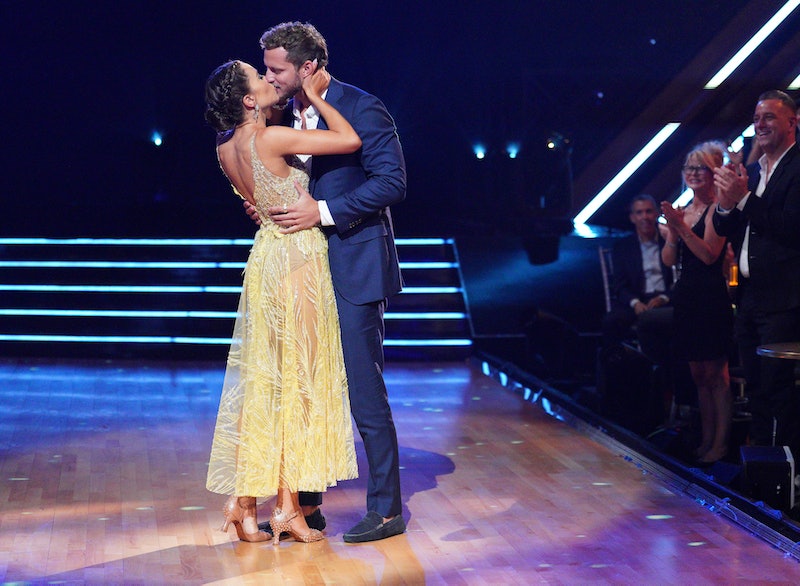 Dancing with the Stars can’t help falling in love with Elvis Presley. For the second week of Season 31, the celebrity contestants paid tribute to the King of Rock, performing the jive, Viennese waltz, and more styles of dance to his most iconic hits. It’s the most opportune time to celebrate Presley, given how Austin Butler has received Oscar buzz for portraying him in Baz Luhrmann’s Elvis biopic, while Jacob Elordi was just cast as the rock star in Priscilla, which focuses on Presley’s ex-wife.

Elvis proved to be great motivation for the stars, whose scores mostly soared compared to their first routines last week. However, even the King couldn’t save one contestant from elimination. Read on for Twitter’s favorite DWTS Elvis moments and to find out who got sent home.

Blair livened things up after last week’s emotional Viennese Waltz routine, performing an energetic jive to “Jailhouse Rock” with partner Sasha Farber. The multiple sclerosis (MS) advocate stunned Twitter with an impressive cartwheel leading into a split, but viewers got even more emotional when they spotted Blair’s Cruel Intentions co-star and friend Sarah Michelle Gellar in the audience. “She was my biggest supporter to get me through and feed me, and do things when I was going through a really, really bad time physically and emotionally,” Blair told Entertainment Tonight.

Spoiler alert: Gabby Windey got engaged to Erich Schwer on the season finale of The Bachelorette, meaning the winner was able to come support his fiancé on DWTS for the first time, and they took advantage of the opportunity. Windey performed a romantic Viennese waltz set to Presley’s “Can’t Help Falling In Love” with partner Val Chmerkovskiy, but it was Erich who she kissed at the end of the routine after he stepped onstage. The judges seemed to love the romantic gesture and gave her a score of 32 out of 40, forming a three-way tie for the highest score of the night.

Shangela Has An Unexpected “Friend” In The Audience

RuPaul’s Drag Race sensation Shangela is making history as the first drag queen to compete on Dancing with the Stars, and true to form, she’s slaying. For Elvis Night, she and her partner Gleb Savchenko performed a ’50s-themed quickstep routine set to “Shake, Rattle & Roll,” in which they did all three of those things. However, their dance was nearly overshadowed after Twitter noticed a surprising “friend” in the audience: Dance Moms star Abby Lee Miller, who was simply labeled as one of “Shangela’s Friends” despite being a former DWTS guest judge. Perhaps the controversial choreographer can join the duo in rehearsals next week and give viewers something to talk about.

While Real Housewives of New Jersey star Teresa Giudice made a notable improvement from the first week with her jive routine, it wasn’t enough to keep her and partner Pasha Pashkov from landing in the bottom two for the second week in a row. And this time, they didn’t survive the chopping block, as head judge Bruno Tonioli broke a tie between the judges and opted to save Cheryl Ladd and Louis van Amstel, despite them earning a lower score than Giudice. Naturally, the judges’ decision made Housewives fans so mad that they could flip a table.

More like this
Twitter Is Very Torn About The Winner Of 'Dancing With The Stars' Season 31
By Jake Viswanath
Erich & Gabby Explained Their 'Bachelorette' Breakup, & "Were Not Each Other's People"
By Kadin Burnett and Grace Wehniainen
Everything To Know About Danna Bui-Negrete From 'RHOSLC'
By Jake Viswanath
Twitter Is Saying The Same Thing About Jill Scott Winning 'I’m A Celeb'
By Sophie McEvoy
Get Even More From Bustle — Sign Up For The Newsletter