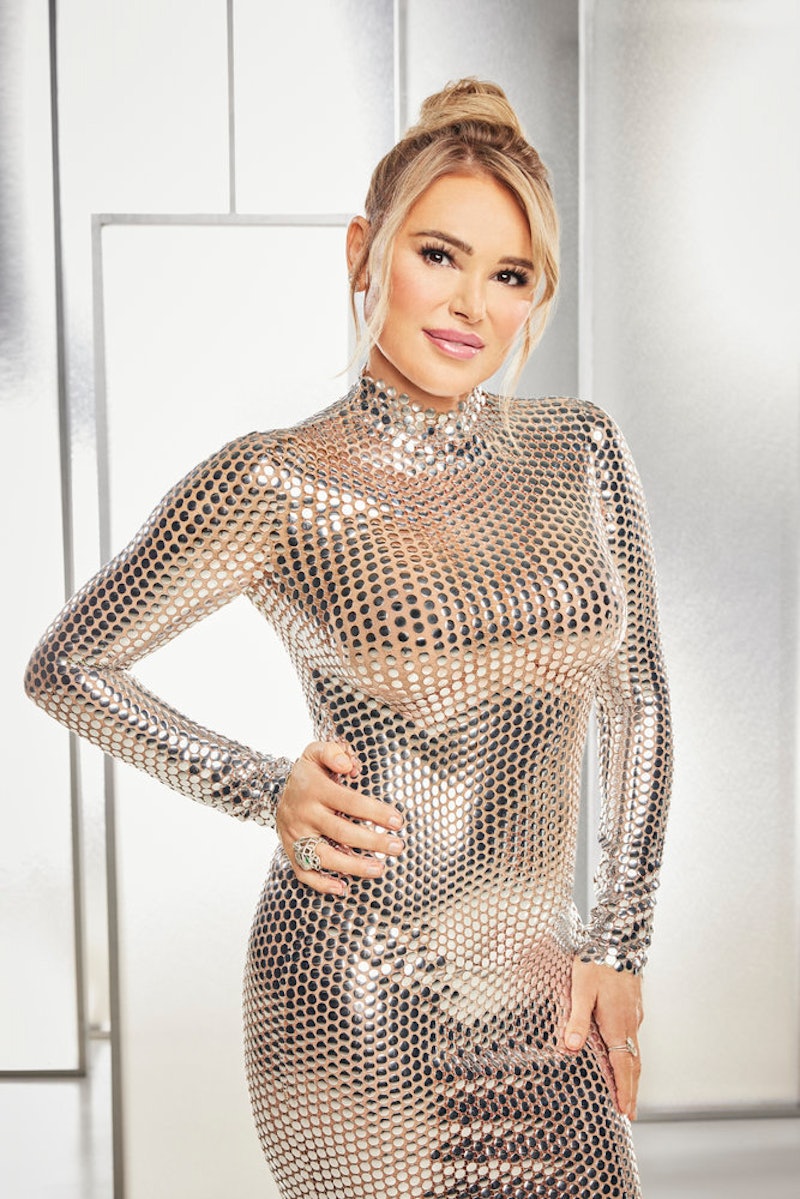 It will come as little surprise to The Real Housewives of Beverly Hills viewers that Season 12 newcomer Sanela “Diana” Jenkins is reportedly now the franchise’s wealthiest full-time cast member — by far. In Episode 3, it became clear exactly how rich she is was when co-star Crystal Kung-Minkoff had to explain what an outlet mall is. Not only would Jenkins not shop at one, but she actually doesn’t shop at all. She explained that designers simply send clothing to her home. “I keep what I like, and I send back what I don’t like, and then I pay for it,” she said. “Nothing humble about it. I need to own it.”

Also on the Bravo series, Jenkins has a “set of houses” around the globe, including homes in Sarajevo and Croatia, in addition to her Hidden Hills, California, mansion. Ahead of her frequent global travels to other locations, Jenkins sends a team to set up any accommodations to her liking in such areas as “safety, views, bedding and sheets, and general coziness.” Added the new Bravolebrity, “So everywhere I go, it feels like home. I feel like that’s really, really important.”

Jenkins didn’t always live in the lap of luxury, though. As she explained on RHOBH, she “grew up very poor” before fleeing communist Sarajevo as a teen. Later, she met her now-ex-husband Roger Jenkins, whom she described as “one of the top investment bankers in the world,” and the rest is history. “I went from war [and] extreme poverty to an extreme wealth,” she said. Now, with a reported $300 million net worth, Jenkins’ wealth is triple that of No. 2 earner Kyle Richards’ $100 million.

In 1999, Jenkins married Roger, whose job at Barclays Bank landed him among Britain’s 500 wealthiest individuals, per the Daily Mail. They share two children, Innis and Eneya. When they divorced 13 years later, Roger, who went on to date supermodel Elle Macpherson, awarded Jenkins over $187 million — half of his reported $375 million fortune. They reportedly referred to the split as “the happiest divorce ever” and remained good friends. At the time of their divorce, their assets included a $31 million clifftop Malibu estate, a holiday home in Bosnia, and a marble-floored yacht on which she entertained celebrity friends such as George Clooney, per the outlet. (Jenkins sold the Malibu property to WhatsApp co-founder Jan Koum for $87 million in early 2021, per the Los Angeles Times.)

Jenkins, who studied computer science and economics at City, University of London, is an entrepreneur. She founded Neuro Brands, a privately-owned lifestyle drink company, in 2009 and also serves as chair and CEO. According to the company’s website, Neuro now has over 65,000 locations nationwide, including such chains and retailers as Walmart, Target, and Amazon, carrying their various products. The brand, which reportedly generates $34.56 million in yearly sales, also touts “some of pop culture’s most recognizable faces” as including Neuro beverages in their daily routines. She also previously helped launch the celebrity-favorite Melissa Odabash swimwear company.

Aside from being a businesswoman, Jenkins is also a philanthropist who has run her Sanela Diana Jenkins Foundation for Bosnia and Herzegovina since 2002. Originally named the Irnis Ćatić Foundation — in memory of her 21-year-old brother, who was killed by Serbian forces in the closing days of the Bosnian war — the charitable organization helped fund the University of Sarajevo’s medical school and aims to provide financial support toward establishing Bosnian schools and orphanages. Per the foundation’s website, they also assist in building homes for the country’s poor, supply emergency aid, and clean up polluted lakes.

More like this
Taylor Armstrong Would “Definitely” Return To RHOBH After Her Season 3 Exit
By Brad Witter
Tamra Judge & Vicki Gunvalson Gave A Hopeful “Tres Amigas” Update
By Brad Witter
RHOA’s Kenya Moore Said Her Friendship With Marlo Hampton Is “Too Far Gone”
By Brad Witter
Which RHODubai Housewife Has The Biggest Net Worth?
By Hugh McIntyre
Get Even More From Bustle — Sign Up For The Newsletter