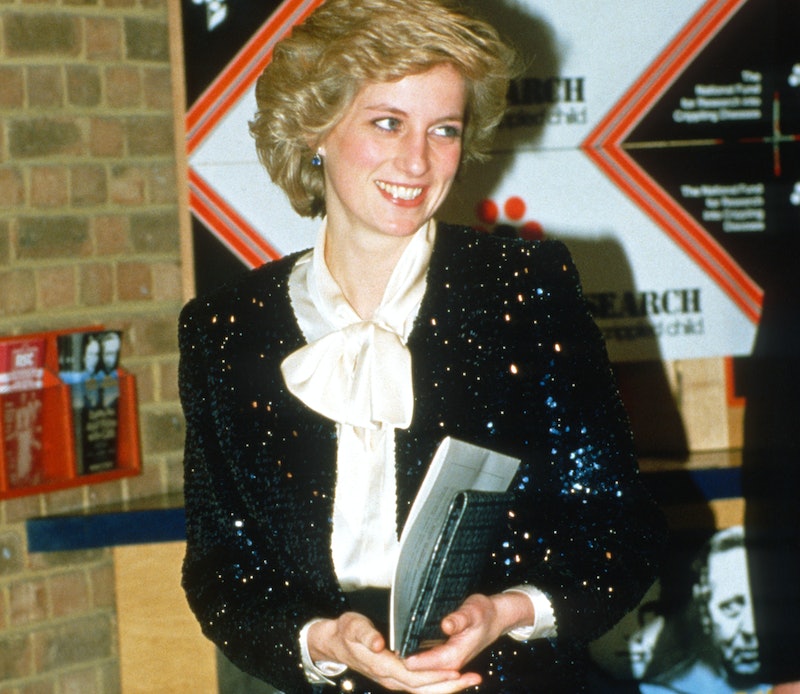 News that the story of Princess Diana is set to arrive on stage will be most welcomed by fans of all things musical theatre, especially as the industry continues to linger under the dark cloud of the coronavirus pandemic. The production's Broadway run is scheduled to begin next year. And, thankfully, fans on this side of the pond won't be faced with a journey over to the Big Apple, as Netflix have announced they'll be streaming the musical ahead of its 2021 debut. But when will Diana: A New Musical arrive on Netflix UK?

As Deadline reports, the production is slated to open on May 25 next year, after being forced to reschedule following widespread theatre shutdowns sparked by COVID-19. However, a release date of Netflix's filmed version is yet to be announced.

Bustle has reached out to the streaming platform for comment, and will update with any news the moment it becomes available.

The Netflix special will feature the original Broadway cast, including Jeanna de Waal as the title character, and be filmed without an audience. “We speak for the entire company when we say that we couldn’t be more excited to finally be able share our show with theatre lovers everywhere," the producers of Diana: A New Musical explained in a joint statement. "Though there is no substitute for the live theatre, we are honoured to be a part of the quality entertainment that Netflix provides its subscribers worldwide," they added.

Diana: A New Musical will reimagine the story of "the most famous woman of the modern age" as she is thrust onto the world stage, and forced to endure the scrutiny of the tabloid media who are "captivated by her beauty and vulnerability."

"Leading fiercely with her heart, Princess Diana stood up for her family, her country and herself. She defied expectations, she rocked the royals and she created a legacy that will endure forever," the show's official synopsis reads, concluding: "this sensational production brings the legend of Princess Di to thrilling new life onstage."

Penned and directed by Tony Award-winners Joe DiPietro, David Bryan and Christopher Ashley, the musical will become the first Broadway show in history to arrive on the small-screen ahead of its theatrical debut. Elsewhere, producers have been working to create effective health and safety protocols, and along with the Actor’s Equity Association, have announced an approved "safety plan" which will be put into practice throughout the production's onstage run, Deadline reports.