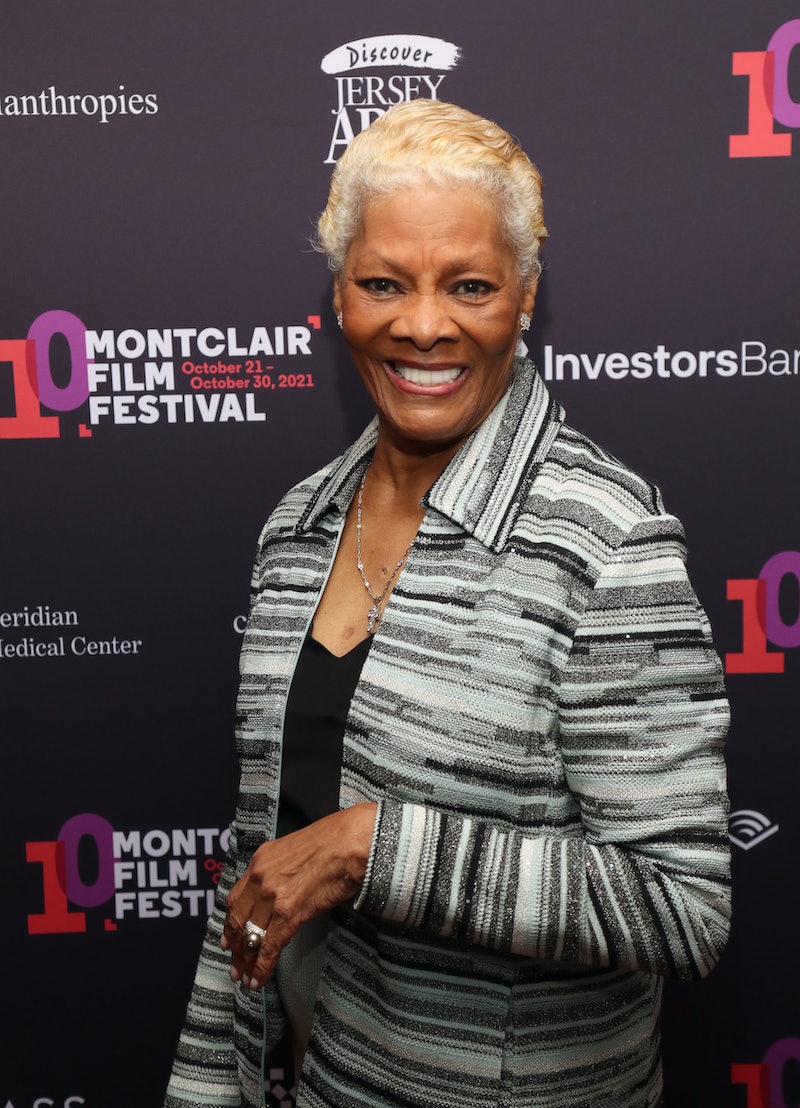 Ego Nwodim has been portraying the legendary singer Dionne Warwick on Saturday Night Live since 2020, when she debuted the good-natured “Dionne Warwick Talk Show” skit. And on the Nov. 6 episode, the skit finally came full circle when the real Dionne Warwick walked out to greet Nwodim during her impersonation. Not only did the skit prove Nwodim is one of the best comedians on SNL, it was also the perfect way to pay homage to the woman who inspired it all.

The skit began with Nwodim’s Warwick interviewing Miley Cyrus (played by Chloe Fineman), and she had quite a few pressing questions. “You recently did a duet with Elton John,” Nwodim-as-Warwick began. “So my question is, does he not have my number?” She went on to ask another amusing question about a famous singer. “Cardi B. Why does she need the ‘B’? Was there another Cardi in the class?”

Her next guest was Jason Mraz, played by Kieran Culkin. “This man is not famous anymore. He does not have any songs out,” she calmly announced as Culkin-as-Mraz walked out. As he settled in awkwardly, he said, “Kind of a rough intro, but yeah, I’m pysched to be here.” Their sit-down didn’t last long, but before he left, she did manage to lampoon Kanye West. “You know Kanye changed his name to Ye,” she said. “Is that after the sound people make when he leaves the room?”

The real Ed Sheeran was her next guest. “Now you did a song called ‘South of the Border.’ My question is, are you nasty?” she asked, while the audience boomed with laughter. “Now you’re writing the song for the next season of Ted Lasso,” she continued. “What I’d like to know is, what is Apple TV, and how do you get it on a Dell computer?”

It was easily one of the funniest sketches of the night, but the real highlight was when Warwick herself walked out. “I’m tired of interviewing people who are not icons. Please welcome: me,” Nwodim-as-Warwick announced, after shooing away Post Malone as the next guest. The two, wearing almost identical clothing, embraced.

“You know, today I heard a song by an artist called YoungBoy Never Broke Again,” Nwodim’s Dionne continued. “Why aren’t people just called Burt Bacharach anymore?” Warwick laughed, saying, “That is an excellent question. And I don’t know the answer, but I will keep tweeting until I find out.” The two ended the skit by singing “What the World Needs Now” together.

Warwick’s Twitter reference was a clever allusion to her recent internet fame. Nwodim’s whole skit was originally inspired by the singer being dubbed the “Queen of Twitter” in late 2020, after she began tweeting amusing thoughts at younger celebrities. “Hi, @chancetherapper,” Warwick wrote in December 2020. “If you are very obviously a rapper why did you put it in your stage name? I cannot stop thinking about this.”

Just as on the Nov. 6 episode, Nwodim-as-Warwick always started the skit dressed in a shimmery black top and a white wig. She would often interview young celebrities like Harry Styles (played by Timothée Chalamet) and Billie Eilish (Melissa Villaseñor), comically messing up their names and asking blunt questions. On Dec. 13, 2020, Warwick responded to the sketch, tweeting that “this was a hilarious birthday gift” and that Nwodim’s “impression of me was very good.” (In response, Nwodim posted on Instagram that Warwick’s tweets made her cry and she’s glad she “did her proud.”) Warwick appearing alongside Nwodim was the perfect way to cap off one of Saturday Night Live’s most endearing skits to date.