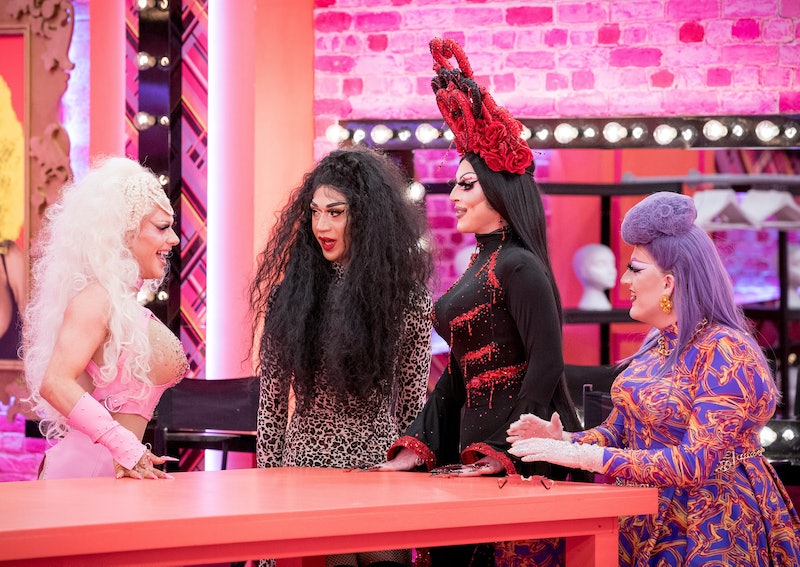 The reality show described as "the Olympics of drag" is back for a second series in the UK, and for Drag Race fans across the country, 2021 is about to get "much betta." Yes, RuPaul and the gang are about to grace our screens once again and oversee a fresh lineup of sickening queens as they compete for the title of the UK's next drag superstar. But one question fans have been wondering about since the first season is, does Drag Race UK have an Untucked spin-off?

Well, similar to the first series, there doesn't appear to be any news surrounding the possibility of an Untucked lounge this year. On the U.S. version, the lounge is the setting of a weekly backstage after-show, during which time competing queens wind down with a cocktail to discuss their runway efforts, ponder over the dreaded elimination, and have a gold old kiki with the remaining girls.

Here in Blighty, the first series of Drag Race UK used a slightly different format, instead featuring some after-runway action from the famous Werk Room within the main show. For a number of fans, this was actually an improvement on the Untucked format, as it allowed viewers to understand more of the storyline without having to invest in a whole new show. For the reason, it's unlikely to change for season two.

Although a UK edition of Untucked seems far-fetched at present, fans will be treated to at least one behind-the-scenes special throughout the show's latest run, because RuPaul's Drag Race UK: Queens on Lockdown — which reveals how this year's queens coped during the first national lockdown — is scheduled to air at some point during the new series.

On the Drag Race UK judging panel, Mother Ru will again be joined by longtime TV partner Michelle Visage, as well as regular rotating judges Graham Norton and Alan Carr, all of whom will preside over this year's main stage spectacles.

Elsewhere, viewers can also look forward to a dazzling lineup of celebrity guests, which includes the likes of Liz Hurley, MNEK, Sheridan Smith, Jourdan Dunn, Lorraine Kelly, Dawn French, Maya Jama and Jessie Ware. And, if that wasn't enough to boost your excitement, extra special cameos from the likes of Jodie Harsh, Natalie Cassidy, Raven, and Jay Revell will also feature in the new season. Bring it on.