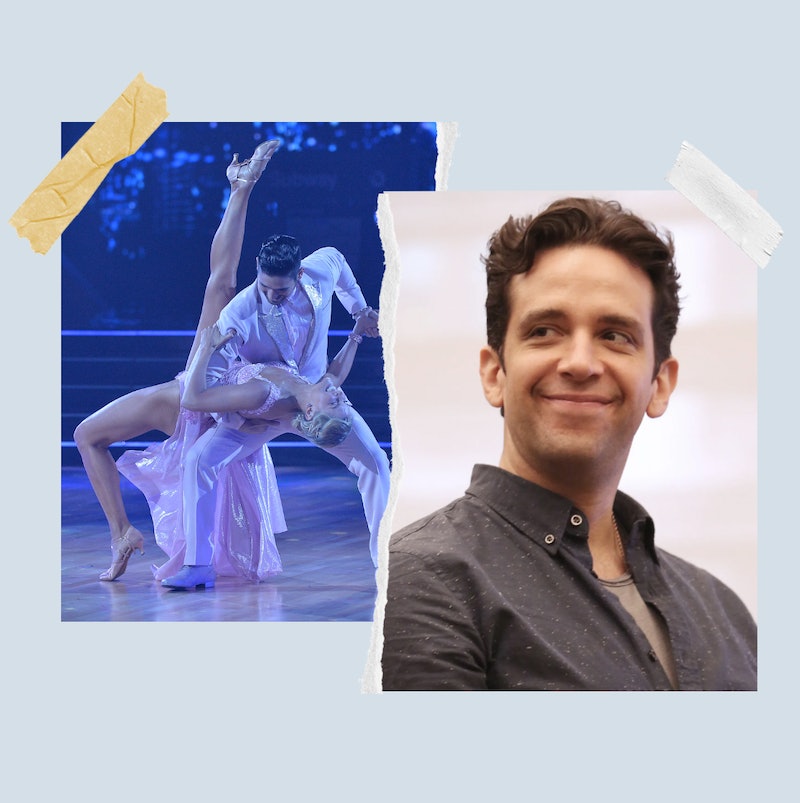 The second week of Dancing with the Stars Season 30 incited mixed emotions, with some fans on social media declaring their early favorites to win and others crying about a touching dance tribute. Among the most tweeted-about moments on Sept. 28 were JoJo Siwa and Jenna Johnson’s Cha Cha set to Lady Gaga and Ariana Grande’s “Rain On Me” — the follow-up to their history-making quickstep performance — and Cody Rigsby and Cheryl Burke’s salsa rehearsal footage that was used in place of an onstage performance after Burke tested positive for COVID-19.

But it was the tear-inducing dance from TV personality and fitness instructor Kloots that took everyone’s breath away. Alongside her DWTS partner Alan Bersten, Kloots danced the foxtrot to “It Had To Be You,” the same song that she danced with her late husband Nick Cordero to when they were married in 2017. Cordero, a Broadway actor, died in 2020 at the age of 41 from COVID-19 related complications. “We chose it because it was the song he sang to book the job Bullets Over Broadway, which is the show that we met in,” she said. “This song holds such a special place in my heart, and our wedding will always remain in my mind as one of the happiest times of my life.”

The tribute touched Twitter users, who wiped away tears to type a few tweets about it.

Fresh off her premiere week quickstep set to Jet’s “Are You Gonna Be My Girl,” Siwa and Johnson delivered another jolt of energy with her “Rain On Me” Cha Cha. Dressed in glittering bustier tops and shimmering skirts, the duo looked like they were having the time of their lives as they spun and kicked high into the air to the beat. The performance ended with exalted screams from both teammates and a big hug.

It wasn’t just the judges who enjoyed their performance. Fans quickly hopped online to share their obsession with the routine. And yes, for quite a few people this meant rewatching the performance once, twice, maybe even ten times. For others, their performance was the type of representation they wished they had seen on television when they were younger — two women dancing on stage together side-by-side and being celebrated for their talent and teamwork.

It was a complicated week for Peloton instructor Rigsby and his partner Burke. At the beginning of this week, Burke tested positive for COVID-19, which required her to immediately go into quarantine. As a result, they were unable to film an official version of their salsa performance on the Dancing with the Stars set and rehearsal footage of their routine was broadcast instead for judges and viewers to use to score their routine.

Still, fans of the duo continued to cheer them on and complimented them on their performance, even if it was a practice run from a week ago. Imagine what a few more days of practice would have yielded on the live set. Others shared their desire for the two to recreate the performance onstage if they make it to the finals.

Others wished for the speedy health recovery and return of Burke, who will be required to quarantine for at least 10 days outside of the show and rehearsals.

In addition to their performances, the contestants faced their first official elimination, which saw The Karate Kid and Cobra Kai actor Martin Kove and his partner Britt Stewart become the first to leave the competition this week.

More like this
Turns Out George Clooney Is A Huge Fan Of This Classic British Game Show
By El Hunt
Laura Anderson Pulled The Ultimate Girl Power After Her Break-Up
By El Hunt and Megan C. Hills
Michael B. Jordan Tackled His "Public Breakup" With Lori Harvey On 'SNL'
By Brad Witter
'GoT' Star Emilia Clarke Says She "Just Can't" Watch 'House Of The Dragon'
By Brad Witter
Get Even More From Bustle — Sign Up For The Newsletter
From hair trends to relationship advice, our daily newsletter has everything you need to sound like a person who’s on TikTok, even if you aren’t.