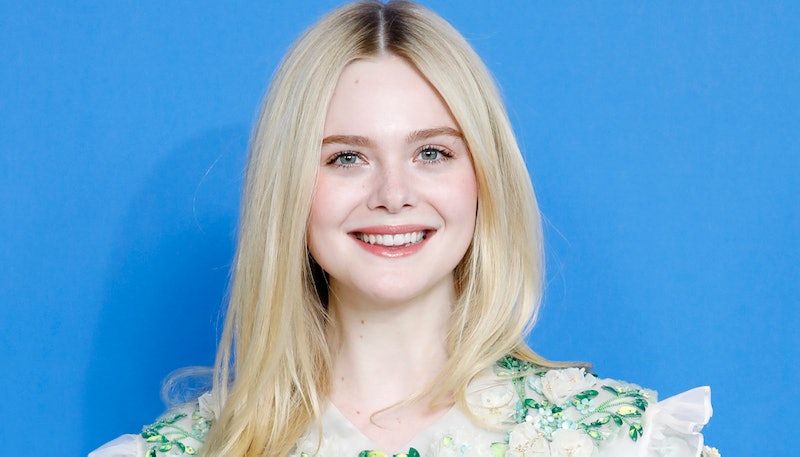 The infamous texting suicide case will soon be adapted into a Hulu series. Elle Fanning will star as Michelle Carter in The Girl From Plainville, a limited series based on the real-life story of Carter, then 17, convicted of involuntary manslaughter in 2017 for the suicide of her boyfriend, Conrad Roy III. Hulu’s adaptation will be based on writer Jesse Barron’s 2017 Esquire article of the same name. The series will explore Carter and Roy’s relationship, as well as the events that lead up to Roy’s death and Carter’s controversial conviction. An official premiere date has not been revealed yet.

Liz Hannah and Patrick Macmanus will serve as co-showrunners and executive producers on the limited series. Fanning and Brittany Kahan Ward will also executive produce. Barron and Erin Lee Carr, who directed the HBO docuseries about Carter's case, I Love You, Now Die, will serve as consulting producers. The Girl From Plainville marks Fanning’s second project with Hulu. She's fresh off the first season of The Great, a series loosely based on the rise of Catherine the Great, created by The Favourite’s Tony McNamara. The satirical series, which was renewed for Season 2, picked up several Emmy nominations this year, such as Outstanding Writing and Outstanding Directing.

Hulu’s adaptation comes after HBO released its two-part docuseries, I Love You, Now Die: The Commonwealth Vs. Michelle Carter, in 2019. For those unfamiliar with the controversial case, below is a quick primer.

Warning: the primer contains information about suicide, which some may find triggering.

Commonly referred to as the “texting suicide case,” it examined the 2014 death by suicide of Roy, then 18, after he received text messages from Carter, his long-distance girlfriend, that allegedly encouraged him to take his own life. As a result of Roy’s death via carbon monoxide fumes in his truck (and Carter allegedly telling him over the phone to get back into the vehicle after he had second thoughts), Carter was indicted on involuntary manslaughter charges in 2015. A controversial case, it generated a lot of debates over whether Carter should be liable for the incident, since she wasn’t physically there. Carter’s attorney also cited Roy’s history of mental health issues (as well as Carter’s own history) and argued that Roy would have died of suicide regardless of Carter’s involvement, according to AP.

After she was found guilty in June 2017 (and initially faced the possibility of 20 years behind bars), Carter was sentenced to 15 months in jail at Bristol County Jail in Massachusetts in August 2017, as well as five years of probation, according to NBC News. Carter was ultimately released early in January as a result of good behavior, having served just under a year behind bars. Bristol County Sheriff Thomas Hodgson told NBC News at the time that Carter had been a "model inmate" with no disciplinary issues. Given the case’s complexities, it’ll certainly be interesting to see how Hulu will bring the narrative to the small screen.