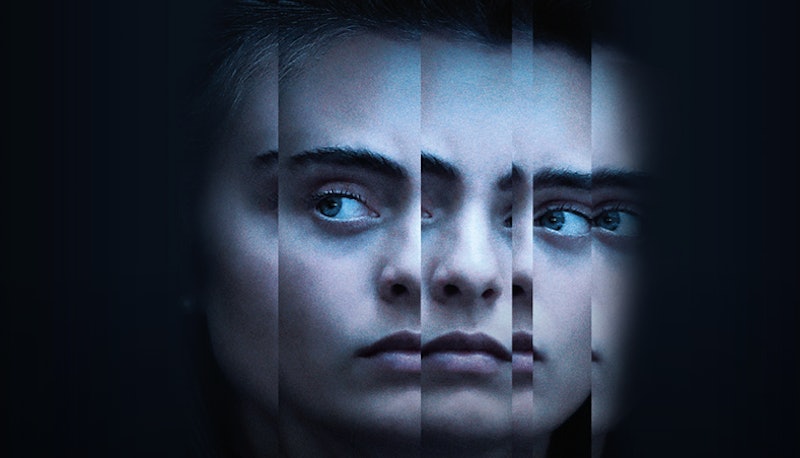 If there is one genre that has caught fire on television over the past few years, it is the true crime documentary. They are absolutely everywhere, with the latest being HBO's I Love You, Now Die, about the 2017 trial of Michelle Carter. The two-part documentary, premiering July 9, takes a hard look at some of the issues raised during the controversial case, and audiences will no doubt come up with their own conclusions over whether the sentence received by Carter matches her responsibility for the death of her boyfriend, Conrad Roy.

Before getting into Carter's current situation, it's important to go over some background on the case. The case is commonly referred to as the "texting suicide case" as it dealt with the 2014 death by suicide of an 18-year-old man named Conrad Roy following texts and phone calls he received from his long-distance girlfriend, a then-17-year-old Carter, that allegedly encouraged him, per ABC News. As a result of Carter's actions leading up to Roy's death, including allegedly telling him over the phone to get back into his truck when it was filling with carbon monoxide after he became scared and exited, she was indicted on involuntary manslaughter charges in 2015.

The case raised a number of questions surrounding whether Carter — who was not physically with Roy at the time of his death — could be held criminally liable for what happened to him, as the documentary shows. Her defense mounted numerous appeals to prevent the case from moving forward, but they were ultimately unsuccessful and Carter's trial began in 2017. Carter's attorneys argued that her texts, while ill-advised, were not criminal, per MassLive. They also argued that Roy, who had a history of mental illness and had expressed suicidal thoughts, would have died by suicide even without Carter's involvement. Finally, they raised the issue of Carter's own history of mental health issues to make the case that she didn't understand the consequences of her actions, according to Boston.com.

The judge overseeing the case, Judge Lawrence Moniz, was not convinced by the defense's arguments (there was no jury in this case) and in August 2017, he sentenced Carter to two-and-a-half years in prison, with 15 months to be served behind bars and the rest of the sentence suspended, per CNN. The defense appealed the ruling, and Carter's sentence was put on hold as the case bounced around the court system until Feb. 6, 2019. On this date, the original ruling was upheld, and less than a week later, Carter was ordered to begin serving her jail sentence, according to CBS News. She reported to jail on Feb. 11, 2019, after a judge rejected her lawyers' argument to let her remain free while they appealed the case to the U.S. Supreme Court on First Amendment grounds. She is serving her sentence at Bristol County House of Correction in Dartmouth, MA. Carter will have the opportunity to reduce her sentence through good behavior, according to NBC Boston, meaning she may leave prison earlier than her sentenced date of May 2020.

Given the current state of Michelle Carter's incarceration, I Love You, Now Die is a very timely documentary. It remains to be seen what type of effect the doc could have on Carter's situation, but it will undoubtedly bring the unique issues of her case into the spotlight when part one airs on HBO on Tuesday.