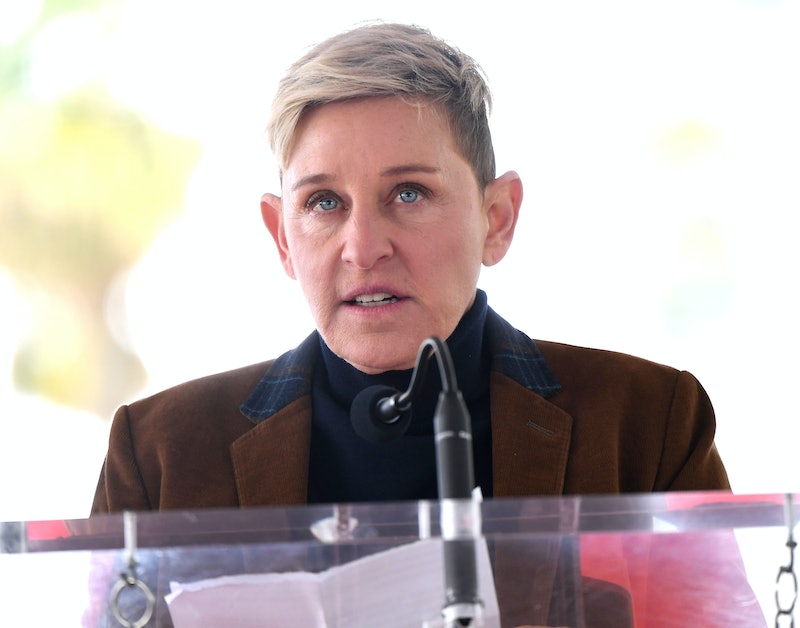 The season will kick off in the studio with help from several well-known celebrities, including Chrissy Teigen, Kerry Washington, Tiffany Haddish, Alec Baldwin, Chris Rock, Amy Schumer, Orlando Bloom, and Adam Sandler. As for the "it" referenced by DeGeneres, she's of course referring to the multiple allegations made against the show by current and former Ellen DeGeneres Show employees. On July 16, BuzzFeed published a report in which several staff members claimed the talk show was a "toxic work environment" with many alleging they dealt with fear, racist microaggressions, intimidation, and, in some cases, sexual misconduct.

At the end of July, DeGeneres spoke for the first time about the allegations. In an internal letter sent to her staff that was obtained by The Hollywood Reporter, the daytime talk show host said, "As we've grown exponentially, I've not been able to stay on top of everything and relied on others to do their jobs as they knew I'd want them done. Clearly some didn't." She continued, "That will now change and I'm committed to ensuring this does not happen again."

On July 27, Variety reported The Ellen DeGeneres Show was under internal investigation by WarnerMedia. Her producers, Andy Lassner, Ed Glavin, and Mary Connelly, issued a joint statement to BuzzFeed that said they were taking the allegations "very seriously." Their statement also in part read, "We are truly heartbroken and sorry to learn that even one person in our production family has had a negative experience." They added that the "day to day responsibility" of the talk who is "completely on us."Variety later reported on Aug. 17 that three senior producers (Glavin, Kevin Leman, and Jonathan Norman) "parted ways" with the show.

Many have come to DeGeneres' defense, including the show's DJ, Stephen "tWitch" Boss, who told E! News in August, "You know, there hasn't been too many gigs where you feel it every day and build a genuine love from front to back." He also said the show makes him feel "blessed... on daily basis." However, unlike Boss, former Ellen Show DJ Tony Okungbowa alleged he encountered "toxicity" several times during his time on the show. And, while some big name celebs like Katy Perry and Kevin Hart have defended the comedian host, other celebrities like Brad Garrett and Lea Thompson have also claimed that DeGeneres doesn't run as kind of a show that she claims. The new season of Ellen begins Sept. 21.