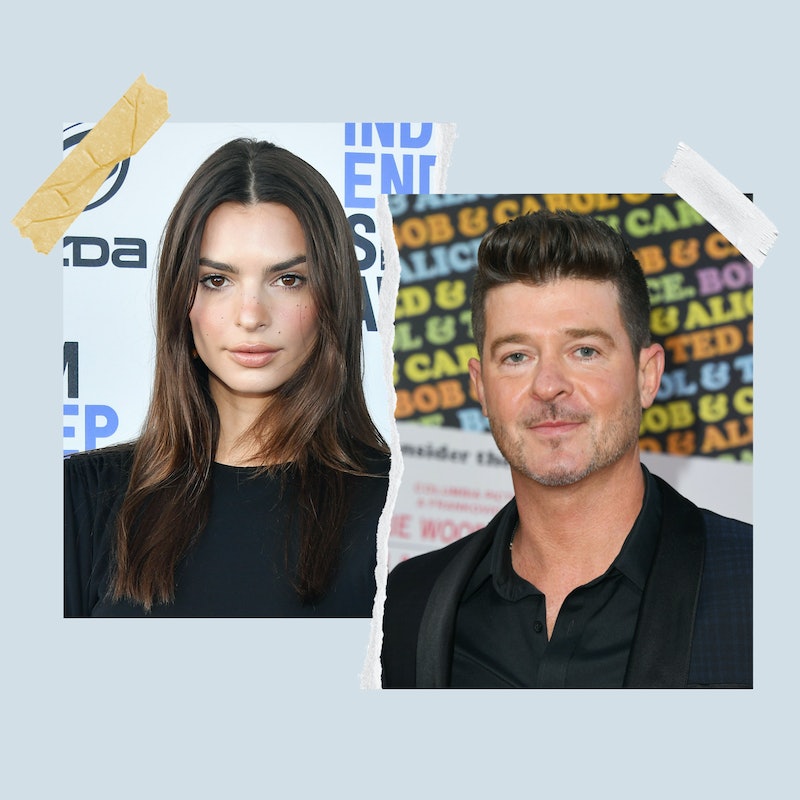 Last month, the Sunday Times shared excerpts from Emily Ratajkowski’s book, My Body, which alleges that she was sexually assaulted by Robin Thicke while filming the “Blurred Lines” music video in 2013. The video, which features the I Feel Pretty star and two other semi-nude models dancing alongside Thicke and collaborators Pharrell Williams and T.I., has long been criticized for promoting rape culture. And although Ratajkowski largely remained silent in the wake of the controversy, she says that waiting to speak up was sadly a decision she made on behalf of her career.

On a recent episode of the Millennial Love podcast, Ratajkowski admitted that if she had “actually flipped out on set” after being groped by the pop star, nothing major would’ve happened except for possibly losing future modeling opportunities. “I was really an insignificant, unknown model at that point,” she confessed. “I don’t think anything would have happened except that I would have not had the career I did, which is just a harsh reality. But that’s the truth.”

In My Body, Ratajkowski recalls the uncomfortable feeling of a total stranger cupping her bare breasts from behind. She writes that she felt like “nothing more than the hired mannequin” on set and that her first instinct was to “minimize” the situation and brush it off because Thicke was “a little drunk.” In hindsight, she admits that she “didn’t react” as she should have, but felt that like she had to push through.

“It was a very embarrassing, humiliating moment for me, but I really never thought about it and brushed it off as insignificant,” Ratajkowski said on the podcast. “I think some part of myself, which I didn’t even write about really, also felt like, ‘well of course that happened, he was that guy. He was drunk on set.’” The 30-year-old went on to explain that while Thicke should’ve been the one to feel embarrassed about his behavior, it was ultimately her who felt ashamed.

“I felt like it was very embarrassing for me, which I do write about because it then was so clear that I was just sort of this hired model whose body was being used, really like however these men wanted to use it,” she recalled, adding that it took her quite a long time to acknowledge that the assault actually happened. “It wasn’t until five years after the video that I allowed myself to have this memory and acknowledged it as real,” she said.

Still, speaking so openly about what happened all those years ago is really difficult for her. “There’s a part of me that feels embarrassed even talking about it because you don’t want to be the type of — and I’m using this language, I don’t think it’s correct but it’s how I feel — which is you don’t want to be the type of person who can be a ‘victim,’ who can be hurt or that there’s any type of power being used over you or that you don’t have agency over your body,” she added. “It made me feel weak.”