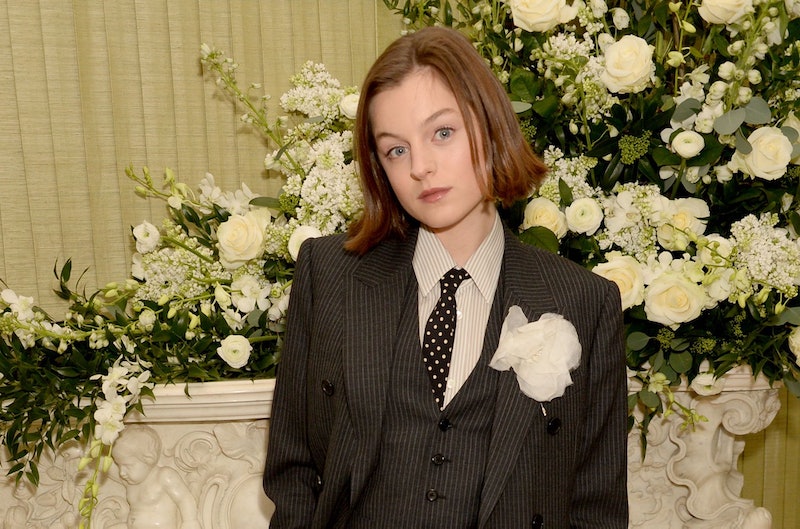 Award-winning actor Emma Corrin has spoken publicly about wearing a binder in a new Instagram post. In a three-part photo gallery, Corrin, who uses she/they pronouns, opened up about their experience using the undergarment as well as their favourite binder brand.

Underneath the black-and-white photoshoot taken by the photographer David-Simon Dayan, Corrin, who played Princess Diana in Netflix’s The Crown, wrote:

“some time before I bought my first binder, messing around with @sirdavidsimon, we used boxing wrap, thanks for capturing this with me, very intimate, very new, very cool. It’s all a journey right. Lots of twists and turns and change and that’s ok! Embrace it also

They went on to say “I use @gc2b,” with a smiley face. Gc2b launched in 2015 and is one of the world’s leading binder brands. The trans-owned brand has a community-minded ethos, aiming to create “safe, accessible and comfortable” binding options for people of all “shapes, sizes, and colours.” Gc2b also donate binders to people in and sponsor LGBTQ+ organisations through their philanthropic work.

While gender and sexuality are two subjects Corrin has stayed away from in interviews, the actor has hinted at being a part of the LGBTQ+ community in posts this year. For example, Corrin’s caption for a photo with Pop Magazine in April read “Ur fave queer bride.” Last week, the Crown star posted photos from a new project, Anna X, with the caption “EVERYONE IS QUEER AND EVERYONE IS JUST FEELING SOMETHING SO MUCH.”