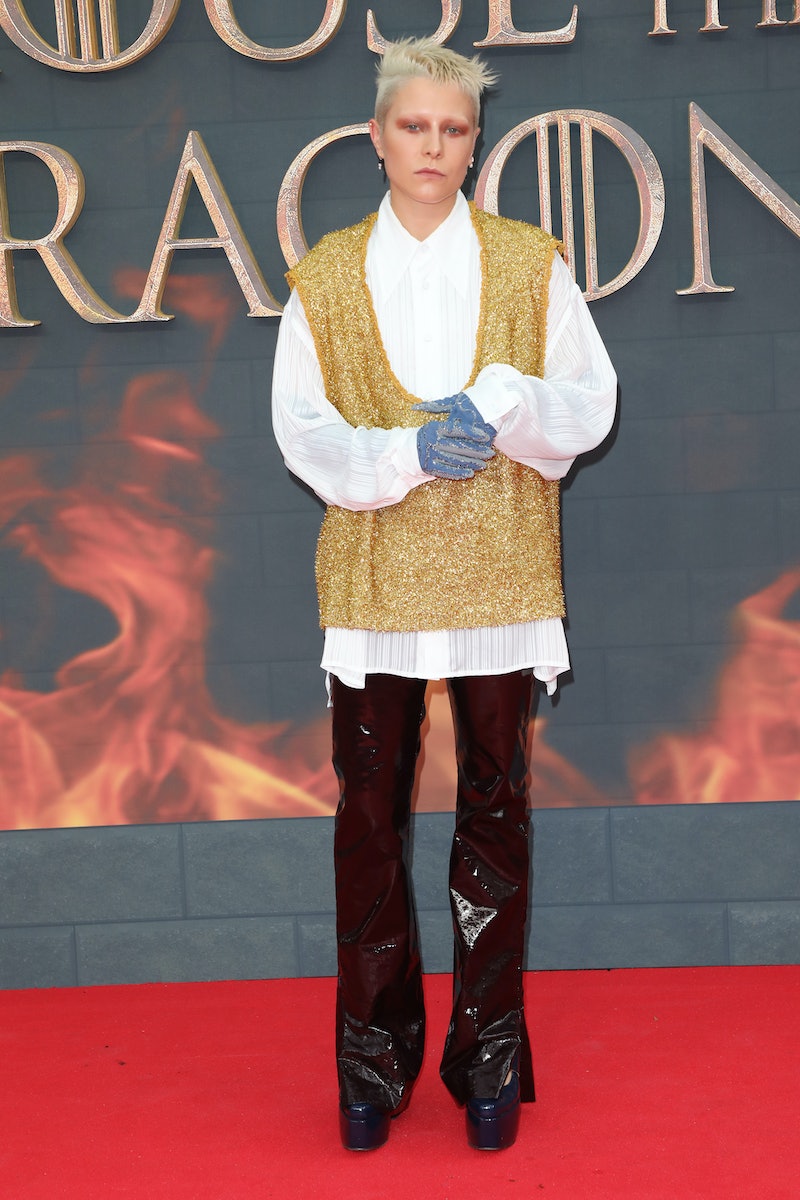 The hotly-anticipated, and much talked about, Game of Thrones prequel House Of The Dragon marks Emma D’Arcy’s biggest role yet, as they take on the character of Rhaenyra Targaryen. As the show’s executive producer Ryan J. Condal put it to Entertainment Weekly, D’Arcy plays “the most important role in the show, in many ways.” Eager to hear more on the rising star? Of course you are. Find out what you need to know, below.

An artist-turned-actor, D’Arcy studied Fine Art at Oxford University’s Ruskin School of Art. They co-directed and acted in a series of plays during their time there. Productions included an interpretation of David Grieg’s The Cosmonaut’s Last Message To The Woman He Once Loved In The Former Soviet Union and Shakespeare’s Romeo and Juliet. After graduating, the actor landed their first major roles: performing in London’s theatres, and starring in BBC mini-series Wanderlust, comedy-drama film Misbehaviour, and Truth Seekers, opposite Simon Pegg and Nick Frost.

When it came to auditioning for the Game of Thrones prequel, meanwhile, D’Arcy told Entertainment Weekly that they put together a "very speedy audition tape" during lockdown, using an iPhone propped up against a bag of crisps. In fact, they thought they were trying out for a "a Game of Thrones rip-off.” For subsequent auditions, D’Arcy’s partner (who they haven’t publicly named) had to help the actor create a make-shift wig to cover their usual buzz-cut.

"For 24 hours, me and my partner just tried — I can't put more emphasis behind that word,” they said. “We hot glued these hair extensions to these wig grips… [and] kept trying until we found something that gave me the illusion I had long hair. And then, every time we taped after that, I would sit in front of the telly, and my partner would do my hair extensions for an hour and a half.”

Emma D’Arcy is non-binary (using they/them pronouns) and told The Hollywood Reporter that their personal experiences gave them unique insight into the struggles of their House Of The Dragon character. Rhaenyra Targaryen is King Viserys I's only child, and therefore the rightful heir to the Iron Throne. Her claim to the crown is challenged by her younger half-brother, however, and the dispute triggers a civil war in the Seven Kingdoms.

“Rhaenyra has an ongoing battle with what it means to be a woman and is a fundamental outsider,” D’Arcy said. “She’s terrified of getting locked into motherhood and is aware of how her position would be different if she were male. I’m a non-binary person. I’ve always found myself both pulled and repelled by masculine and feminine identity, and I think that plays out truthfully here. She can’t attend court in a way that comes easily to other people.”

D’Arcy’s Instagram is @emmaziadarcy. Head there for arty holiday snaps, nature shots, and behind-the-scenes pics from the actor’s gold-drenched Acne Studios look for the recent House of the Dragons premiere.