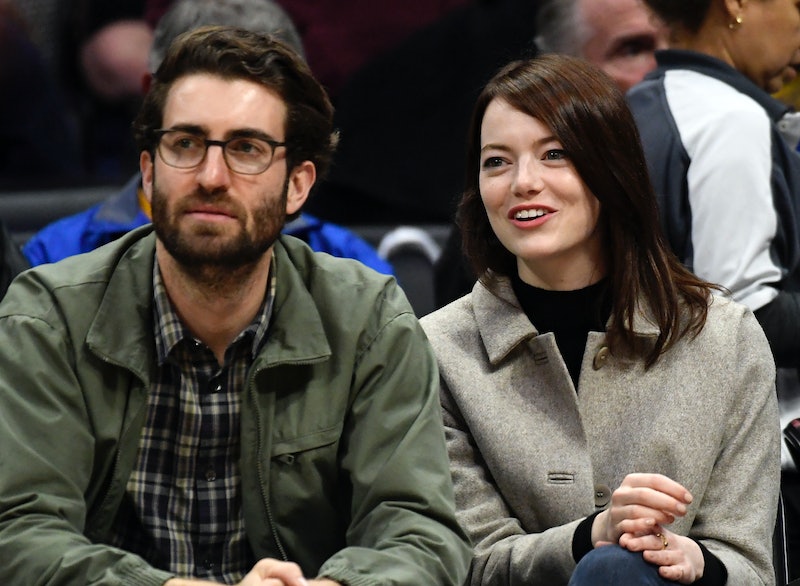 This La La Land star has found her happily ever after! A source close to the Oscar winner recently confirmed to People that Emma Stone secretly married director Dave McCary after three years of dating, though neither the newlyweds nor their representatives have publicly commented on their marriage. The couple — who first met in 2016 when McCary directed Stone in a Saturday Night Live sketch — recently sparked marriage rumors when they were photographed wearing what appeared to be matching gold bands while out for a walk in Los Angeles.

The notoriously private actor and McCary have reportedly been dating since 2017, and while neither one of them has spoken publicly about their relationship, they have made quite a few appearances together over the years. In January 2019, McCary accompanied Stone to the Screen Actors Guild Awards, where she was nominated for her performances in The Favourite and Maniac; a month later, the pair also attended the Academy Awards together, where Stone was nominated for Best Supporting Actress.

In December 2019, McCary announced that he and Stone were engaged with a low-key Instagram post, in which the actor showed off her pearl-and-diamond engagement ring with a grin. The couple originally planned to get married in March 2020, according to Page Six, but they eventually decided to postpone the wedding due to the ongoing coronavirus pandemic. It's unclear when Stone and McCary did decide to tie the knot, or if they're still planning to have a larger ceremony later in the year.

Of course, it's unlikely that Stone will ever talk about the wedding with the press, as the Oscar winner has repeatedly expressed her desire to keep her relationships out of the spotlight. In a 2015 interview with The Wall Street Journal, Stone — who was dating Andrew Garfield at the time — explained that most articles about her relationships have been "speculative and baseless," and as such, she prefers to just not talk about her love life.

"Once you start responding — once you’re like, 'No, that’s not true' — then they’re like, 'Well, if we push enough, we’ll get a comment, so let’s see what else we can make up,'" she said at the time. "I understand the interest in it completely, because I’ve had it, too. But it’s so special to me that it never feels good to talk about, so I just continually don’t talk about it."

In December 2019, a source close to the couple told People that Stone and McCary's relationship works because he is equally private, and prefers to stay out of the spotlight and focus on their respective careers and successes. "She is professional in every way, very talented and focused on her work, and Dave respects that," the source told the outlet at the time.

And work will continue to keep them both busy. Among Stone's upcoming films is Disney's much-anticipated Cruella, due out May 28, in which she plays the famous puppy-wearing villainess. But the role of newlywed isn't a bad one, either.

More like this
'RHOP' Stars Robyn & Juan Reportedly Got Remarried & Filmed The Ceremony
By Brad Witter
'Bachelorette' Vet Clare Crawley Revealed Her Stunning Wedding Photos
By Stephanie Topacio Long
Pamela Anderson’s Dating & Marriage History Could Be Its Own TV Series
By Jake Viswanath
Vanessa Hudgens Is Reportedly Engaged To Cole Tucker
By Jake Viswanath
Get Even More From Bustle — Sign Up For The Newsletter
From hair trends to relationship advice, our daily newsletter has everything you need to sound like a person who’s on TikTok, even if you aren’t.