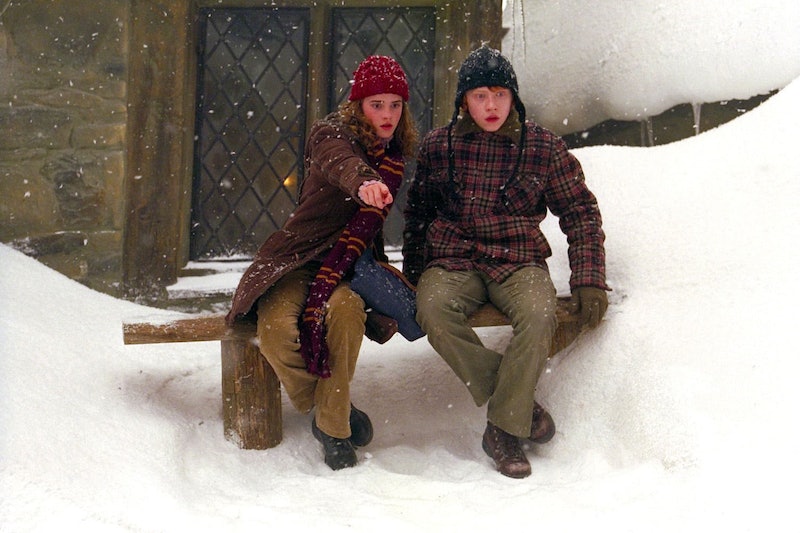 We couldn’t imagine the Harry Potter series without our core cast of characters, Harry Potter (Daniel Radcliffe), Hermione Granger (Emma Watson), and Ron Weasley (Rupert Grint). However, as the cast and crew sit down 20 years on from the first film, the Harry Potter reunion special reveals just how different everything could have been.

When discussing the lead-up to the fifth film, Harry Potter and the Order of the Phoenix, director David Yates remembered how he was told, “Emma is not sure she wants to come back to do another Potter.” It appeared the immensity of the role and fandom had become overwhelming for the Hermione Granger actor.

“People forget what she took on and how gracefully she did it,” Felton added. “Emma was not only younger, she was by herself.” Watson spoke about how she found a diary entry from the time that was quite disheartening and she could see “that at times I was lonely.”

In a candid conversation between Grint and Watson, she said, “I think I was scared... it felt like it got to a tipping point where you were like, this is forever now.” Even Grint revealed how he also had “similar feelings to Emma… contemplating what life would be like if I called it a day.”

From Radcliffe’s perspective, he explained how he wasn’t aware of the full threat of Watson’s potential departure, saying, “We never talked about it on the film because we were all just kids.” Grint added, “It just didn’t occur to us that we were all probably having similar feelings.”

For Watson, “The fame thing had finally hit home in a big way,” and it made her seriously consider her position on the film series. Luckily for us, she changed her mind and decided to stick it out until the end.

She gratefully concluded that in the end, “No one had to convince me to see it through. The fans genuinely wanted you to succeed and we all genuinely have each other’s backs. How great is that?”