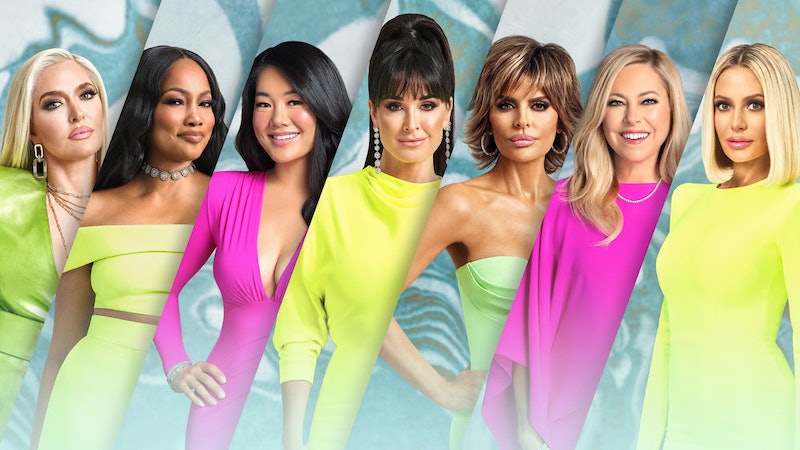 Lisa Rinna always tells people to “own it,” and one of her RHOBH castmates might have to do just that on the Bravo show’s new season. The Real Housewives of Beverly Hills Season 11 trailer addresses Erika Jayne’s rollercoaster legal drama, and her co-stars make sure no question goes unanswered.

In November 2020, Erika shockingly filed for divorce from Tom Girardi, her husband of more than 20 years, citing irreconcilable differences. Weeks later, Girardi, a powerful lawyer, was sued for alleged fraud and accused of embezzling money from settlements meant for relatives of victims who died in a 2018 Indonesian plane crash. As a result, Erika was accused of filing for divorce to skirt embezzlement claims and complications resulting from the lawsuit. While neither of them have been formally charged, 81-year-old Girardi has lost his license to practice law.

But as Erika confides in the new trailer, she wasn’t prepared to split from Girardi. “I did not see it ending this way,” she admits to her co-stars. “I was gonna hold that man’s hand until he died.” And when Housewife Garcelle Beauvais asks whether she had a “heads-up” about his legal troubles, which is what everyone wants to know, she slowly nods her head yes before saying, “No, I did not.” However, not everyone seems to buy it, namely newly minted Housewife Sutton Stracke, who goes head-to-head with her.

Joining Erika and Garcelle for Season 11 are returning Housewives Kyle Richards, Lisa Rinna, and Dorit Kemsley, and new addition Crystal Kung Minkoff, the show’s first Asian-American Housewife. Sutton has been upgraded to full-time Housewife after gaining popularity as a Friend last season, while Kyle’s famous sister Kathy Hilton has joined as a Friend.

Kyle worries about her relationship with her other sister, former Beverly Hills Housewife Kim Richards, while Lisa addresses her 19-year-old daughter Amelia’s controversial relationship with Scott Disick, who is almost 20 years older. “He’s too damn old and he’s got three kids,” Kyle yells at her, to which Lisa responds, “I know!” But it seems that the two newest Housewives get into it the most, with Crystal calling Sutton “jealous” and “insecure” in an argument that ends with Sutton storming off. “Jealous of what, your ugly leather pants?” she yells at Crystal, creating an instantly memorable moment.

The Real Housewives of Beverly Hills Season 11 premieres May 19.

More like this
Erika Jayne's Estranged Husband Tom Girardi Has Been Indicted On Fraud Charges
By Jake Viswanath
'RHOSLC' Star Jen Shah Refuses To Do A Post-Sentencing Interview With Andy Cohen
By Brad Witter and Jake Viswanath
RHOP’s Robyn Dixon Explained Why Juan Paid For Another Woman's Hotel Room
By Brad Witter
Everything To Know About 'RHONY' Season 14
By Jake Viswanath, Alyssa Lapid and Brad Witter
Get Even More From Bustle — Sign Up For The Newsletter
From hair trends to relationship advice, our daily newsletter has everything you need to sound like a person who’s on TikTok, even if you aren’t.