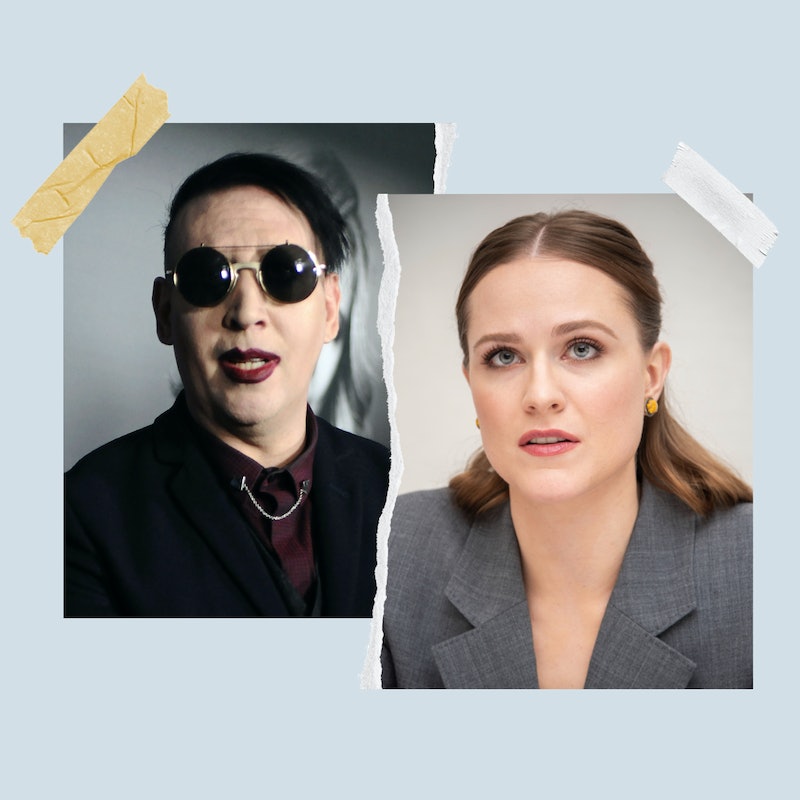 Evan Rachel Wood reportedly said in a new documentary that she was “coerced” into having sex with Marilyn Manson while filming his “Heart-Shaped Glasses” music video in 2007. “It’s nothing like I thought it was going to be,” Wood said, according to Rolling Stone. “We’re doing things that were not what was pitched to me. We had discussed a simulated sex scene, but once the cameras were rolling, he started penetrating me for real.”

In the documentary, titled Pheonix Rising, Wood reportedly said that she “never agreed” to have sex with Manson. “I did not feel safe,” she said. “No one was looking after me.” The Westworld star also didn’t know how to navigate such a “traumatizing” situation at 19 years old. “I didn’t know how to advocate for myself or know how to say no because I had been conditioned and trained to never talk back — to just soldier through,” she said. “I felt disgusting and that I had done something shameful, and I could tell that the crew was uncomfortable and nobody knew what to do.”

Wood, 34, reportedly went on to say that she was “essentially raped on-camera” and “coerced into a commercial sex act under false pretenses.” Per Rolling Stone, she called this the “first crime” that was committed against her. The actor first came forward with sexual abuse allegations against Manson in February 2021. “The name of my abuser is Brian Warner, also known to the world as Marilyn Manson,” she wrote in a statement on Instagram. “He started grooming me when I was a teenager and horrifically abused me for years.”

Wood also wrote that she was “brainwashed and manipulated into submission,” but didn’t want to live “in fear of retaliation, slander, or blackmail.” Roughly one week later, she shared more details about their abusive and antisemitic relationship. She said that she was “called a ‘jew’ in a derogatory manner” and that Manson “would draw swastikas over [her] bedside table when he was mad.” On Instagram, the singer called Wood’s claims “horrible distortions of reality.”

Despite the alleged abuse, Wood said in the new documentary that Manson was “really clear” about how she should speak about their relationship and their time on the set of the “Heart-Shaped Glasses” video. “I was supposed to tell people we had this great, romantic time and none of that was the truth,” Wood said, explaining that she was “scared” to upset Manson by not complying. “The video was just the beginning of the violence that would keep escalating over the course of the relationship.”

More like this
Michael B. Jordan Tackled His "Public Breakup" With Lori Harvey On 'SNL'
By Brad Witter
Andy Cohen Apologized To Larsa Pippen After A 'RHOM' Season 5 Reunion Dust-Up
By Brad Witter
Katy Perry Honored Fiancé Orlando Bloom's Ex Miranda Kerr With A Sweet Speech
By Stephanie Topacio Long
Britney Spears Shared The Real Reason She Shut Down Her Instagram Account
By Brad Witter
Get Even More From Bustle — Sign Up For The Newsletter
From hair trends to relationship advice, our daily newsletter has everything you need to sound like a person who’s on TikTok, even if you aren’t.