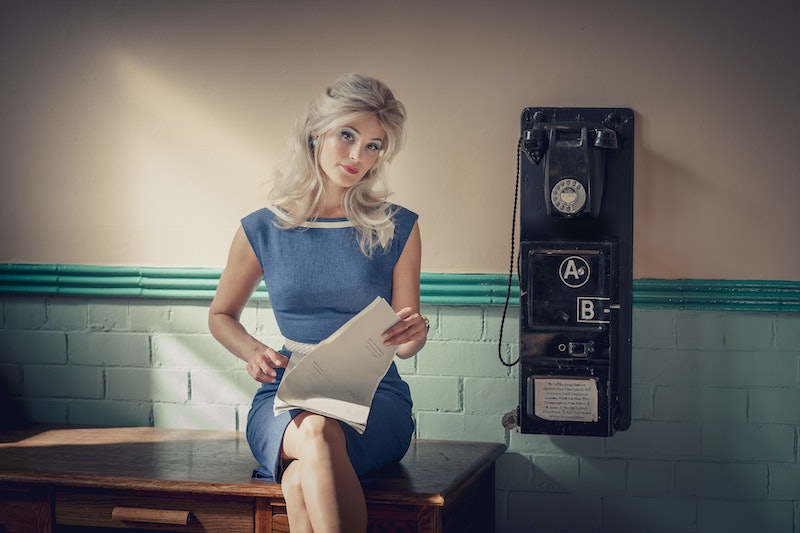 Hot on the heels of Hulu’s High Fidelity adaptation, Nick Hornby’s Funny Girl (not to be confused with the 1968 film starring Barbra Streisand) is now getting the TV treatment courtesy of the team at Sky. The new series has already announced its lead cast members but what do we know about Funny Girl? It’s early days, but here’s what’s been revealed about the plot, release date, and everything else.

What Is The Funny Girl Plot?

The TV series will be based on Nick Hornby’s book by the same name. It was written in 2014, and centres on the story of Barbara Parker.

Set in the 1960s, Funny Girl follows Barbara’s rise from a beauty queen in Blackpool to a comedy hero in London to the nation’s sweetheart. The story explores how Barbara manages to make it in the male-dominated comedy industry during a time when female comedians were basically unheard of.

Who Will Star In Funny Girl?

Gemma Arterton is taking on the lead role of Barbara Parker. Speaking of her role in the show, she said:

“It’s a heart-warming story of an ambitious woman with a dream of making people laugh – it’s going to be something special. It’s an honour to be working with such an incredible team and be reunited with my first ever director, Oliver Parker.”

When Will Funny Girl Be Released?

The official launch date has not yet been announced, mainly because it’s too soon to tell. In fact, it’s not certain whether filming has even begun just yet. As reported by Variety, filming is due to start this year (specific dates are unknown) and will run into 2022. The filming locations will include London and Spain, according to the publication.

Where Can You Watch Funny Girl?

When it is eventually released, you will be able to watch Funny Girl on either Sky or NowTV.

More like this
Olivia Colman Stars In First-Look Trailer For BBC's 'Great Expectations'
By Sabah Hussain and Sam Ramsden
Everything To Know About The 'Daisy Jones & The Six' TV Series
By Maxine Harrison and Brad Witter
Claire Foy Spoke Out About 'The Crown's Gender Pay Gap
By Sam Ramsden
Alan Carr's 'Changing Ends' Is A Witty Sitcom Based On His Own Life
By Darshita Goyal
Get The Very Best Of Bustle/UK
Sign up for Bustle UK's twice-weekly newsletter, featuring the latest must-watch TV, moving personal stories, and expert advice on the hottest viral buys.