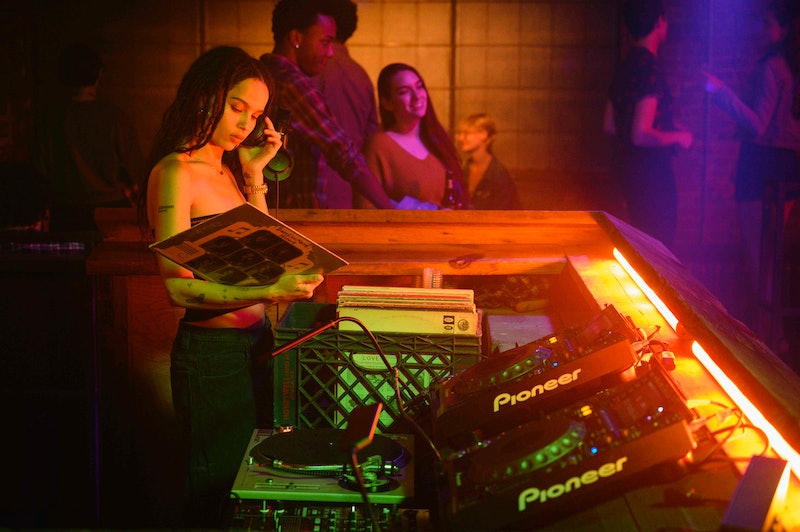 Whether the story is told in a novel by Nick Hornby, a movie with John Cusack, or a TV series with Zoë Kravitz, High Fidelity must have a killer soundtrack. The songs in Hulu's High Fidelity meet the impossibly high standards set by Rob (Kravitz) and the record store crew from Champion Vinyl of Simon (David H. Holmes) and Cherise (Da'Vine Joy Randolph). As Rob navigates her love life in the 10-episode first season, you'll inevitably discover new-to-you music or be reminded of old bops that just might make their way onto your Desert Island Top Five List.

The task of music supervision for the High Fidelity reimagining went to Manish Raval, Tom Wolfe, and Alison Rosenfeld of the company Aperture Music. While they've overseen music for projects like Girls and Green Book, Rosenfeld told Variety there was an added pressure for High Fidelity. "This was a project where people have read the book, they've seen the movie, they're coming into it with ideas about what good music should be," she said.

Variety reported that creators Sarah Kucserka and Veronica West also had a say in the music and Questlove of the Roots served as executive music producer. Star and executive producer Kravitz contributed as well, which is fitting considering her mother starred in the High Fidelity film as musician Marie DeSalle, her father's career, and her own musical chops as the lead singer in LOLAWOLF.

Here are all the songs in High Fidelity Season 1.

Episode 8 — "Ballad of the Lonesome Loser"

More like this
The 'Love, Lizzo' Harry Styles Scene Is Just 1 Moment That Made Fans Feel Seen
By Brad Witter
Kim K Is Putting Kanye’s Memorabilia — Like Grammys & Clothes — In A Vault
By Jake Viswanath
Robert Brotherton's Boyfriend Ra'ed Saade Competed On Several Reality Shows
By Brad Witter
North West Has Mastered The Wednesday Addams & Lady Gaga TikTok Dance
By Jake Viswanath
Get Even More From Bustle — Sign Up For The Newsletter