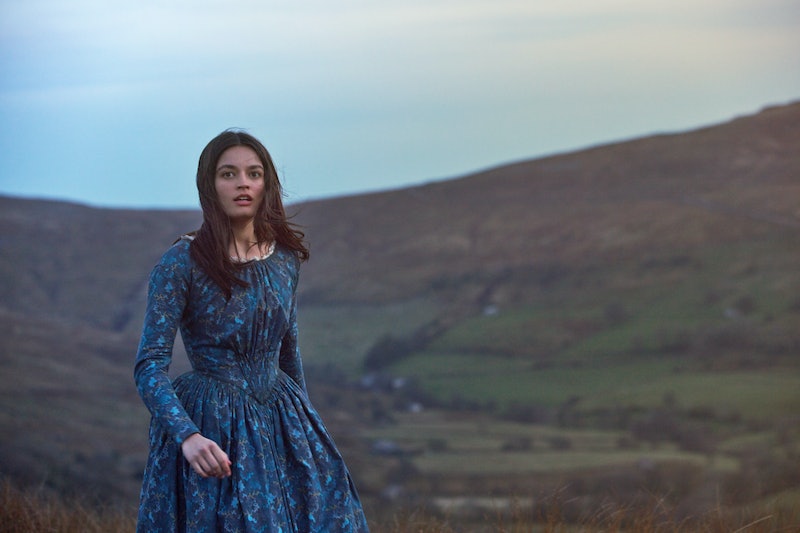 The life of the famed Wuthering Heights author Emily Brontë is the subject of the much-anticipated biopic, Emily. The film is expected to detail the celebrated British author’s journey to womanhood as she navigates life in the 19th century as an aspiring writer. With production on the film kicking off back in 2021, we now have more details of the plot, cast, and more. With Sex Education’s Emma Mackey playing the title role in the biopic, it looks set to be a must-watch. Find out everything we know so far about Emily, below.

Mackey takes on the lead role of Brontë. As per The Hollywood Reporter, the cast also features Joe Alwyn (The Favourite), Oliver Jackson-Cohen (The Haunting of Hill House), Fionn Whitehead (Dunkirk), Alexandra Dowling (The Musketeers), Amelia Gething (The Spanish Princess), and Gemma Jones (Ammonite). Line of Duty fans will be very happy to hear that Adrian Dunbar – aka Ted Hastings – will also star.

A first-look photo of the hotly-anticipated drama was released back in April 2021, showing Mackey as Brontë with long brown locks, dressed in period costume on the blustery Yorkshire moors. On August 11, the film’s first official trailer also dropped, giving audiences their first glimpse of the forthcoming biopic.

Speaking to Radio Times, director O’Connor revealed that he finds Mackey to be the perfect fit for Emily. “There was something about her energy and her just sense of who she is — she's very assured in who she is, and very real, like 100% authentic real,” O’Connor said of the Sex Education star.

“Also she — like me — loves Emily Brontë, and had gone to uni in Leeds, in Yorkshire ... so I felt like it was quite synchronous,” he added.

Penned and directed by Golden Globe nominee and actor, Frances O’Connor, Emily tells the story of author Emily Brontë before she penned some of her most notable works.

“Emily Brontë’s work and words are full of passion, feeling, violence, and fierce intelligence. In creating an imagined life for Emily, she will live again for our audience,” said O’Connor in a statement, per Variety.

“Her story is about a young woman daring to form herself, to embrace her true nature, despite the consequences. Emily is, in fact, a love letter to women today, especially young women, a calling to them to challenge themselves to connect with their authentic voice and potential,” he added.

Emily will be released in UK cinemas on October 14, 2022. As per Deadline, filming commenced back in April 2021, taking place in “stunning locations” across the Yorkshire countryside.