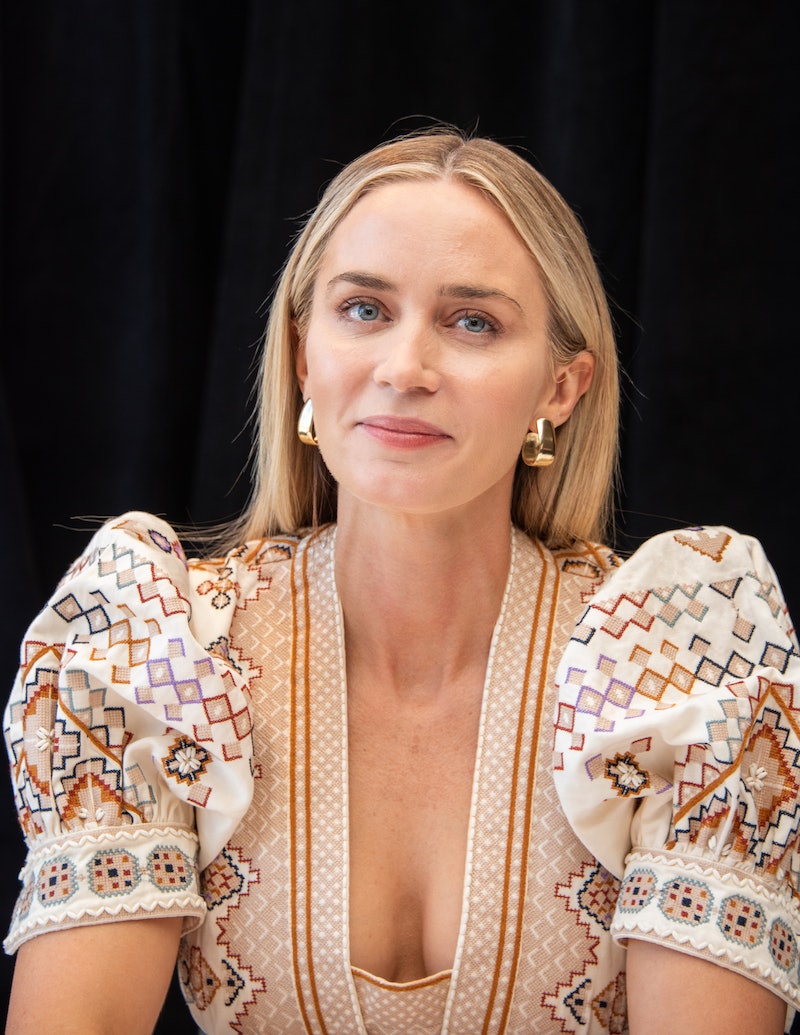 Penned and directed by the multi-award-winning Hugo Blick, The English follows the story of a woman seeking to avenge the death of her son, in a mythical mid-American landscape, circa 1890. The forthcoming BBC drama boasts an A-list cast and, based on Blick’s previous works, will likely become the next must-watch TV show. Is your interest piqued? Here’s everything you need to know about The English.

When does The English air?

Per The Independent, an exact release date for the upcoming drama is yet to be confirmed. However, a recent statement confirmed that The English is expected to air sometime in 2022. Upon its release, the series will be available to watch on BBC One, and BBC iPlayer in the UK, and available to stream on Amazon Prime in the U.S.

What’s the plot of The English?

The English centres on the character of Cornelia Locke, an Englishwoman who arrives in the wild landscape of the West, where she seeks revenge against the man she believes to be responsible for the death of her son. She soon stumbles upon an ex-cavalry scout, and member of the Pawnee Nation by birth, Eli Whipp, and together they discover a shared threat that must be defeated at all costs in order to survive.

Who’s in the cast of The English?

The six-part drama is led by Emily Blunt (The Devil Wears Prada) as Cornelia Locke, and Chaske Spencer (Banshee) as Eli Whipp. They are joined in the show’s cast by Rafe Spall (The Salisbury Poisonings), Tom Hughes (Victoria), Stephen Rea (The Honourable Woman), Valerie Pachner (The Kingsman), Toby Jones (Marvellous), and Ciarán Hinds (The Woman In Black), among others.

Per Radio Times, show writer and director, Hugo Blick, described the opportunity to work with the likes of Blunt as “delicious”.

“I’m still wondering if it’s one of those weird dreams we were all having during lockdown. If not, a thrilling, romantic, epic horse-opera is heading to your screen sometime next year, and I couldn’t be more excited,” Blick said in a statement.

Elsewhere, the director of BBC Drama, Piers Wenger, praised Blick’s “beautiful scripts”, and the show’s “exceptional” all-star cast. “I have no doubt that this thrilling and compelling story will be a treat for BBC audiences when it hits our screens,” Wenger commented.

The English is expected to arrive on BBC One and BBC iPlayer in 2022.