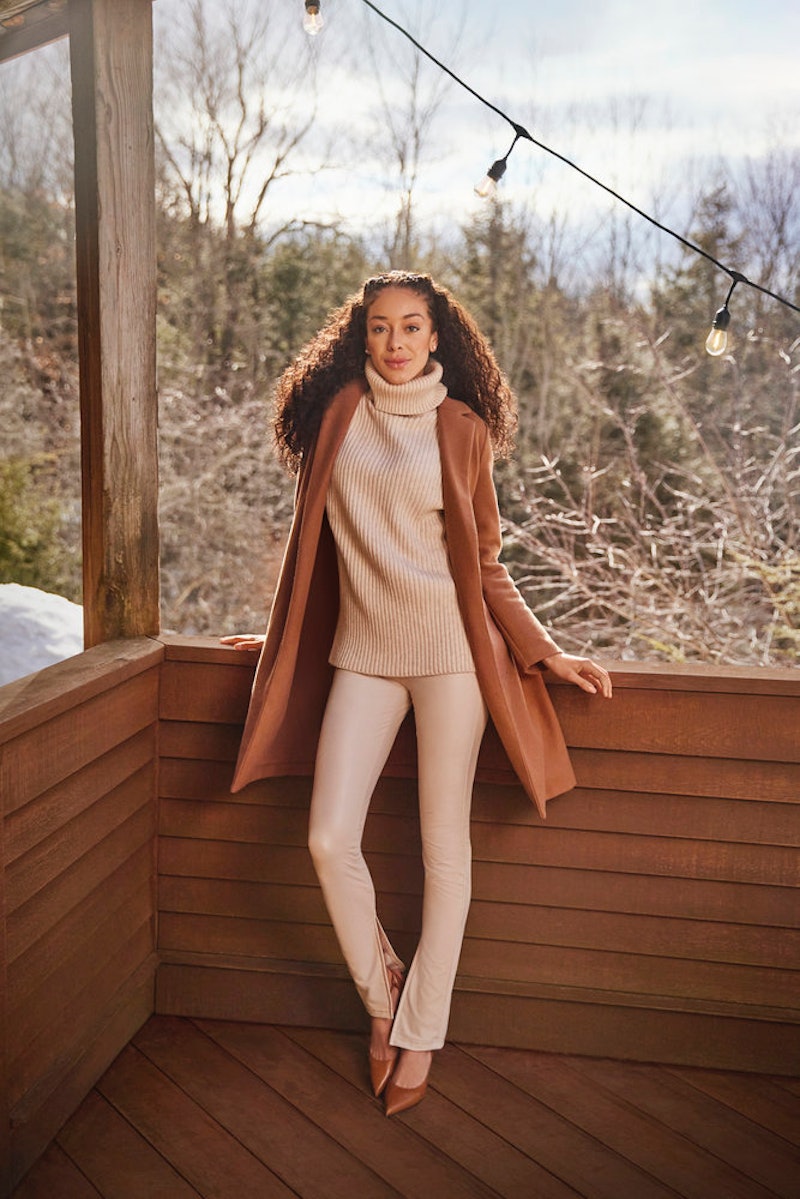 Premiering on Oct. 20, Bravo’s Winter House spinoff will merge the casts of Summer House and Southern Charm for a few weeks at a luxury chalet in Vermont. Among the familiar faces are Southern Charm’s Craig Conover and Austen Kroll as well as Summer House staples Paige DeSorbo, Lindsay Hubbard, Luke Gulbranson, Amanda Batula, Kyle Cooke, and recent addition Ciara Miller. However, they’ll also be bringing some friends new to Bravo along for the winter. That includes 29-year-old model Gabrielle Kniery, a friend of fellow newcomer Julia McGuire, who’s friends with Paige.

From the looks of the trailer, Gabrielle will bring no shortage of drama. “Gaby’s hellbent on lighting this house on fire,” a voiceover says. Here’s what else to know about the Winter House pot-stirrer.

Gabrielle Has Been On Reality TV Before

Gabrielle is no stranger to reality television. At 18, she competed on Season 14 of America’s Next Top Model. Though she was one of the first contestants to be eliminated, she later signed with Fenton Model Management in New York City. Most recently, Gabrielle graced the October cover of Goji Magazine. She also appeared in Beyonce’s 2014 music video for “Pretty Hurts” as one of the pageant queens as well as the 2012 video for Lana Del Rey’s “National Anthem.” You can see some of Gabrielle’s earlier modeling work in this catalogue, where she sports looks for Adidas, Ferragamo, and Valentino. And her Instagram page is filled with more recent modeling shots.

Gabrielle Is A Multi-Hyphenate

Originally born in St. Louis, Missouri, Gabrielle’s dreams led her from the Midwest to the Big Apple. Despite her successful modeling career, she’s since ventured into other avenues of business. According to her Bravo bio, Gabrielle launched a line of marinades and salsas in May 2020 named Á La Mode. However, it appears production halted later that year. In 2016, Gabrielle also published a book of poetry titled Unraveling, in which she explores “her personal journey, of life, love, heartache, [and] personal struggles.”

Gabrielle may find herself in the middle of a few love triangles this winter. At one point in the trailer, she reveals to her castmates that Kyle — aka Amanda’s fiancé — was hitting on her in the hot tub, and later the two share an intimate hug at dinner. Elsewhere, she’s seen lying in bed with who appears to be fellow new cast member Andrea Denver, who Paige is also seen kissing in the trailer. “This is why I don’t sleep with people. I don’t want to look stupid,” Paige tells Luke tearfully.

More like this
'Love Island' Has Added Yet Another Bombshell To The Villa
By Bustle UK
Twitter Can’t Get Over Stormzy’s Surprise Cameo On Winter 'Love Island'
By Sophie McEvoy
Love Island’s Latest Winter Season Finally Has A US Release Date
By Grace Wehniainen
Brooklyn From 'The Bachelor' May Have Accidentally Predicted Her Time On The Show On IG
By Grace Wehniainen
Get Even More From Bustle — Sign Up For The Newsletter
From hair trends to relationship advice, our daily newsletter has everything you need to sound like a person who’s on TikTok, even if you aren’t.