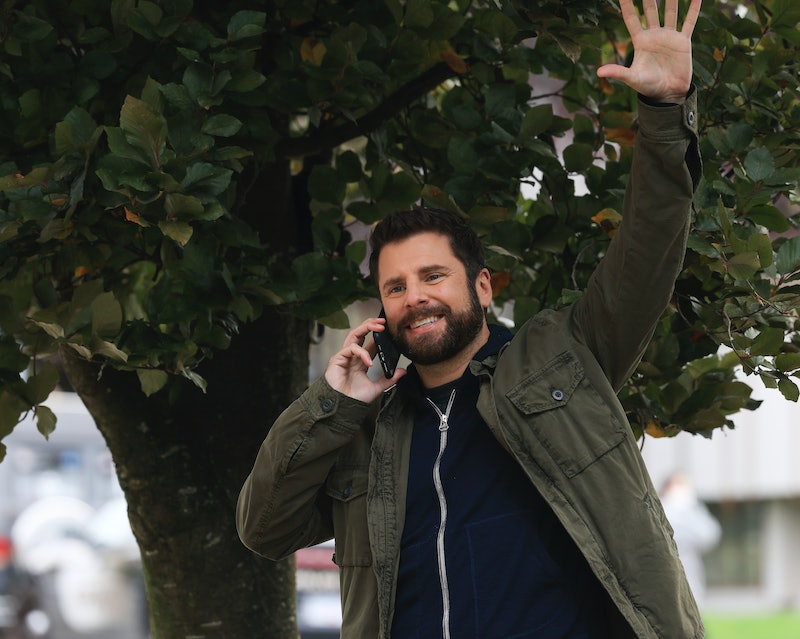 Spoilers ahead for A Million Little Things Season 3, Episode 4. In the winter finale, A Million Little Things fans finally got a glimmer of hope for Gary and Maggie when he called her for advice. Granted, the advice was for Gary's current girlfriend, so #MaGary fans shouldn't jump up and down just yet. Gary is still quite committed to Darcy at the moment. So much so that he went out on a limb and called Maggie for help after Darcy, a war vet, experienced an awful PTSD episode. "I'm sorry to wake you. I need help, and I just didn't know who else to call," Gary said to his ex, who happens to be a therapist. Fans will have to wait until the show returns from hiatus on March 4 to hear what Maggie's advice was, but in the meantime, this was a pretty significant move on Gary's part.

Slowly but surely, Maggie and Gary have been getting closer after their breakup. However, this is one of the first times we've seen Gary reach out to Maggie in such an earnest way, and it's just the beginning of their Season 3 storyline. "Anyone who's Team Maggie and Gary is going to be thrilled with the season because we see them love each other and support each other as much, if not more than, they have in the past," series creator D.J. Nash told TV Guide. However, he cautioned that they weren't necessarily supporting each other "as a couple right away." In an interview with Deadline, Nash added that Maggie and Gary's love story is sometimes "bigger than just being boyfriend and girlfriend."

That thought is echoed in Maggie's roommate's grand speech about love. Jamie spoke about his ex-wife and how, at first, they seemed so right for each other, but in the end, they wanted different things and were better off as friends. Maggie and Gary's romance started on a similar note, and they gradually drifted apart as well. Still, the exes want each other to be happy.

Continuing to tease devoted viewers, Nash promised, "Just when you think they’re sort of surviving and doing well separately, they’re put back in each other’s lives; one of them needs the other one, and they turn to each other." The second half of Season 3 will reveal if their friendship prevails above all else or if Gary's phone call leads to something more.