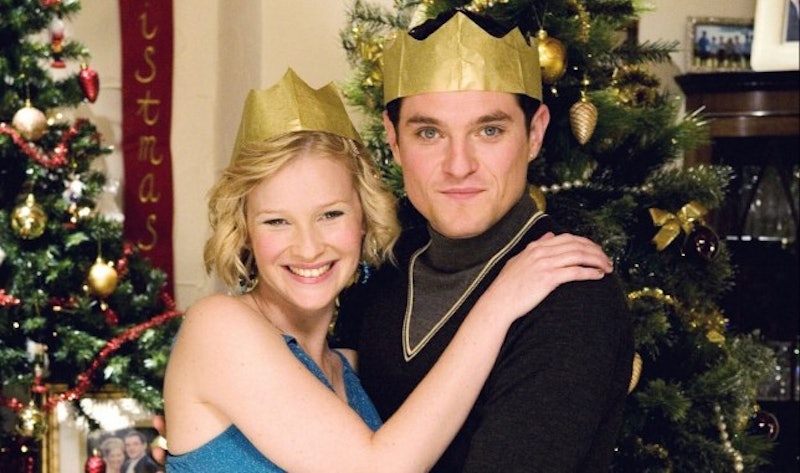 Get ready for a cracking Christmas, because Gavin & Stacey is returning for a festive special… well, kind of. Instead of following in 2019’s footsteps, Joanna Page and Mathew Horne will be hosting a radio special on BBC Radio Wales, where they’ll be chatting with cast members and special guests.

This fantastic news comes after Jones shut down rumours of an actual 2020 Christmas episode. “There aren’t any plans to write anything, James is in America, I am in Wales,” she told This Morning. “It’s not at the moment. I am sorry not to be able to give you any good news.”

Airing between 12 p.m. and 2 p.m. on the big day, Page and Horne will be joined by Melanie Walters, Larry Lamb, Alison Steadman, Steffan Rhodri, Robert Wilfort, and Laura Aikman, as well as pop legend Bonnie Tyler and singer-songwriter Shakin’ Stevens.

While the show will feature a special message from James Corden, who currently lives in the States, Ruth Jones and Rob Brydon are markedly absent. Whether they make a surprise appearance on the day remains to be seen, but lots of laughs and festive cheer are guaranteed regardless.

“Christmas Day is a special day, particularly this year,” Horne told the BBC. “It’s been very challenging for a lot of people, so it’s nice to feel like we might be bringing a little bit of joy.” Page agrees, adding: “When it came up that we could do a Christmas Day show I knew that if there was anybody I’d want to share that with, it’s Mat. I love working with him, he’s so much fun.”

As for whether Gavin & Stacey has a future beyond 2020, Page is optimistic that there is at least one more Christmas special down the line. “As a fan, surely they’ve got to do another one,” she told the Sun. “I don’t think we’d ever do another series because I don’t think we could get anyone together for long enough, but I can’t imagine they could leave it the way they did. One more special, then done.”