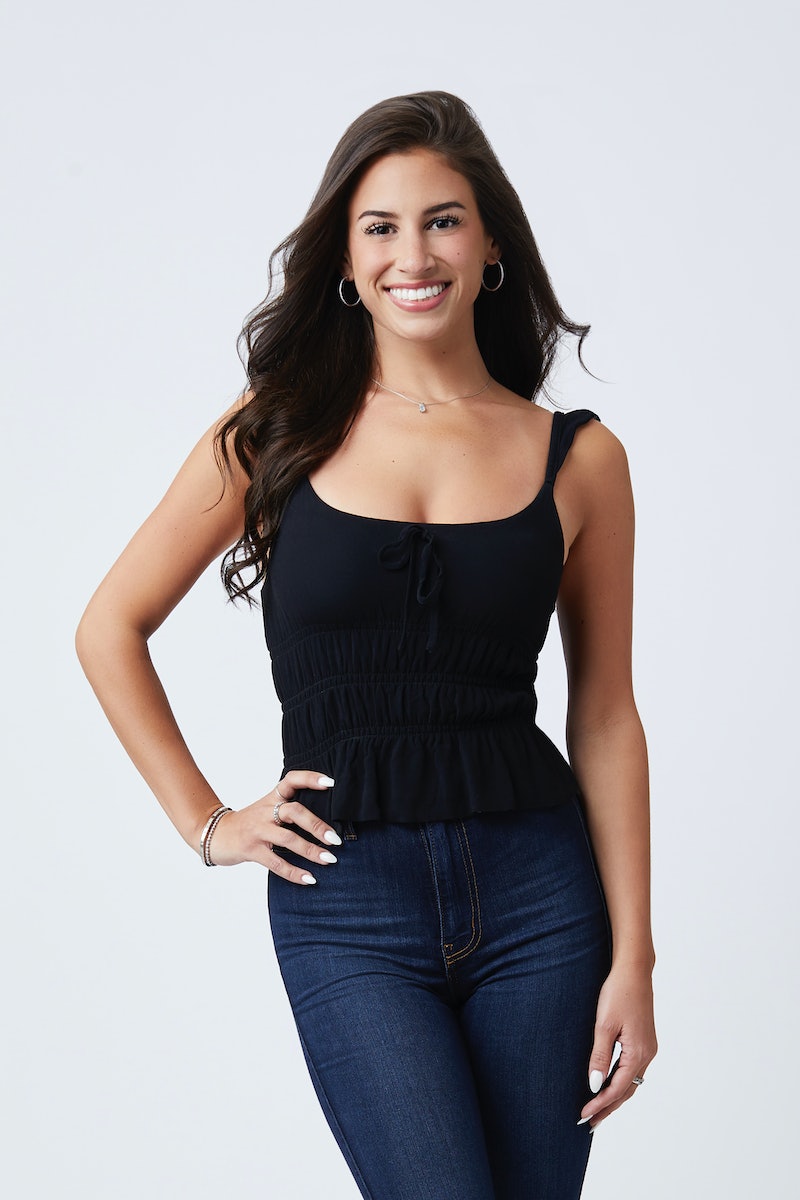 After weeks spent causing chaos in the Bachelor mansion, Shanae Ankney will face off with fellow contestant Genevieve Parisi on a two-on-one date with Clayton. Only one woman will come away with a rose, and given that Shanae already threatened to push Genevieve into Niagara Falls, fans are overwhelmingly rooting for the latter. “Genevieve is so genuine and she wants a serious relationship, and she’s here for it, and that makes me so happy,” Clayton said of the the 26-year-old bartender in his premiere episode after they spent some time one-on-one by the fire.

During their initial conversation, Genevieve told Clayton how important her family is to her, explaining that she looked to her parents’ 32-year marriage as an example. Clayton could relate, as his mom and dad have been married for about 30 years. “We are going to have a lot of fun, I can tell,” he told her.

It hasn’t all been fun for Genevieve, though: Shanae isn’t even the first Bachelor “villain” she’s had to contend with this season. During the first group date, Cassidy Timbrooks dropped the cake Genevieve made as part of the child’s birthday party challenge, destroying all of her hard work. But she eventually got some sweet revenge, scoring a mini private cake-decorating session with Clayton.

That seems to be on brand for Genevieve according to her ABC bio, which states that “when she wants something, there isn't much that can stop her from going for it.” Here’s everything else to know about the contestant whose facial expressions have already provided plenty of memes.

Genevieve graduated from Bishop Feehan High School in Attleboro, Massachusetts and later attended the University of Massachusetts, Amherst. According to a 2015 scholarship announcement, she was pursuing a nursing degree at UMass, but it’s unclear if and when she completed the program. ABC lists her current occupation as bartender, though she hasn’t shared which bar she works at.

After about one month on The Bachelor, Genevieve’s Instagram following grew by almost 13,000 people (as of publication, her follower count is just below 60,000). The self-described “small town girl living in Los Angeles” enjoys spending time at beaches around Santa Monica, and has joked in a photo caption that if something requires a bikini, she’s always down. Her pictures have attracted the attention of NBA stars including Iman Shumpert, Tim Hardaway Jr., and Buddy Hield, who have all liked her posts over the years, as well as Transparent’s Amy Landecker, who’s commented on several recent photos. “You were so classy and charming and adorable and gorgeous,” Landecker wrote on Jan. 5. “Well done!”

According to her ABC bio, Genevieve loves to go fishing, and her first Instagram photo from July 2016 shows off a shark she caught near Cape Cod. Her grid also features photos of her sister Nicole and their parents, whose love she’s been “lucky to have grown up watching,” she wrote alongside a 2017 picture.

What Genevieve Is Looking For

According to ABC, Genevieve wants a partner who will let her maintain her independence and always keep her laughing, and who won’t be afraid to admit that they’re wrong or change their personality when they’re “bro-ing out” with the guys. Genevieve’s ideal match must also be passionate and flirtatious, have a good relationship with their mother, and be able to have deep, meaningful conversations.

More like this
The Bachelor’s Christina Mandrell Comes From One Of Country Music’s Most Famous Families
By Brad Witter
Zach Swears He Didn’t Look Up Contestants Before The Bachelor Began Filming
By Brad Witter
Brianna Revealed Why 'The Bachelor' Premiere Was Tougher For Her Than You Saw On TV
By Brad Witter
A Guide To All Of Zach Shallcross' 'Bachelor' Filming Locations
By Brad Witter
Get Even More From Bustle — Sign Up For The Newsletter
From hair trends to relationship advice, our daily newsletter has everything you need to sound like a person who’s on TikTok, even if you aren’t.