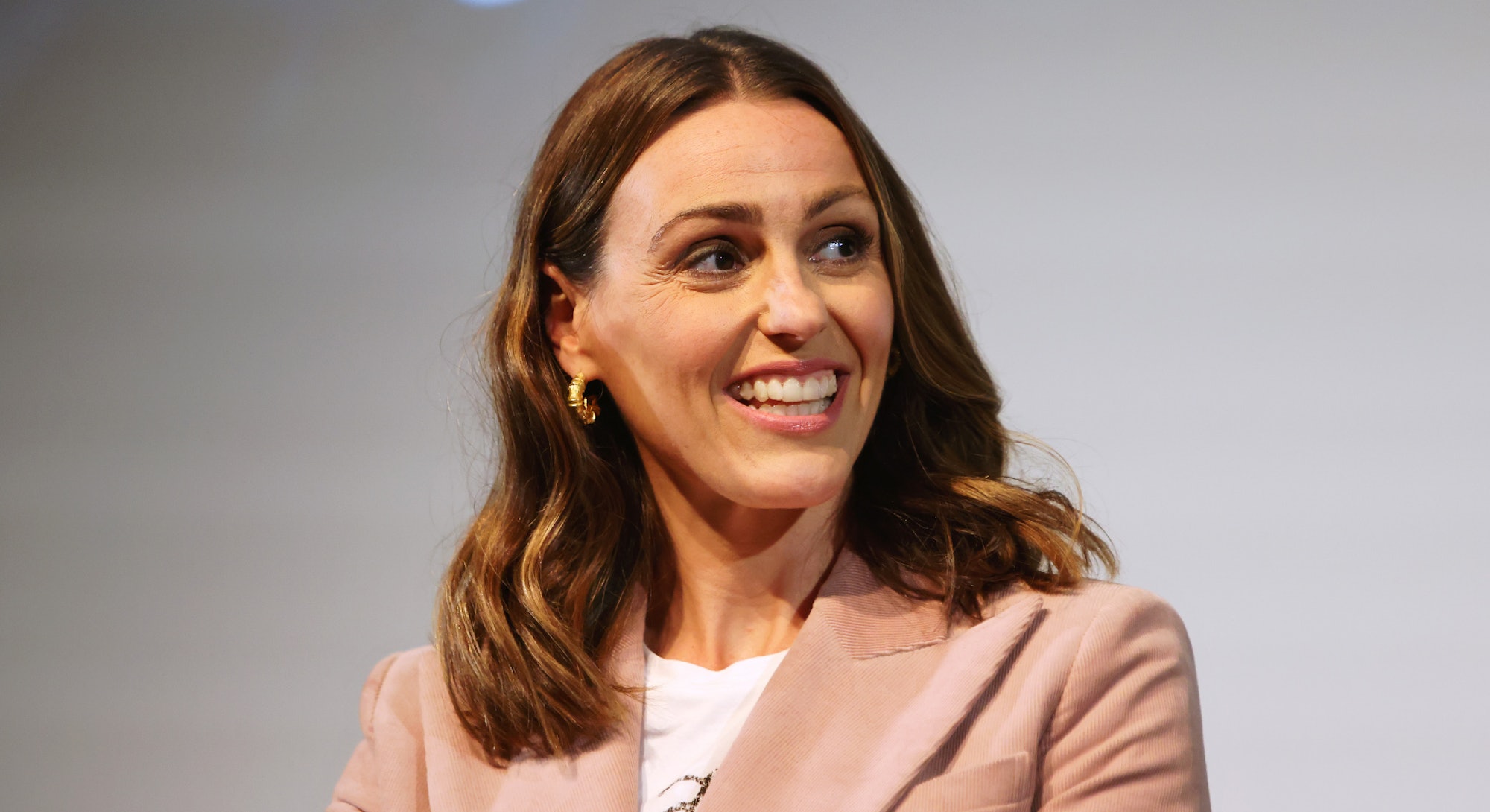 “This isn’t just another show,” Suranne Jones tells me of Gentleman Jack’s welcome return to the small screen. Set in the 1830s, the series follows Anne Lister (Jones) as she unapologetically strives to be her authentic self: engaging in same-sex relationships and defying restrictive gender norms. Portraying such a character carries great responsibility, and it’s not one that Jones takes lightly. “I do my homework and I come prepared. I am an ally, and I’m proud of our series,” she remarks.

In Season 2, a newly-married Anne Lister and Ann Walker (Sophie Rundle) are living together at Shibden Hall. But the honeymoon period isn’t without its complications. While Walker is dealing with her mental health battle, the pair are forced to overcome scrutiny and ignorance from members of the community in Yorkshire who, despite not knowing the full extent of their relationship, are disapproving of their closeness. And the return of an old flame also brings infidelity into the mix. On top of it all, Lister, who is known for her fast-paced talking and movements, becomes increasingly restless. Manic, even. She’s seemingly unable to stay still. The impact of this had a lingering effect on Jones, but more on that later.

Alongside the on-camera action, there was a lot happening behind-the-scenes. It took a year to complete the series, due to setbacks caused by lockdown. “I found the stopping and starting, the breaks in filming, quite hard,” the actor admits. This was only exacerbated by the major life transitions that both Jones and Rundle were dealing with in real-time. “My father passed away. Sophie was having a baby. There were huge life events. I think it was very, very difficult — traumatic — at times,” Jones recalls. There was, however, light to be found during the dark period, as both Jones and Rundle tell me that the experience brought them closer together.

“You don’t go through those big moments in your life without finding a great connection,” Jones notes. Meanwhile, Rundle champions her co-star for anchoring her throughout her pregnancy. “Suranne will be horribly embarrassed when I say this, but she was such an amazing support for me. It was a really hard time to be a pregnant woman, and an actor, too,” Rundle reveals. “Suranne was an extraordinary advocate for me, and she was the captain to lead us [the cast and crew] through it all.”

My father passed away. Sophie was having a baby. There were huge life events. I think it was very, very difficult. Traumatic, at times.

Jones, 43, got her big break in 2000 portraying Karen McDonald in Coronation Street. After a wildly successful four-year stint in the soap, the Manchester-born star made a name for herself as a leading actor in critically-acclaimed series such as Scott & Bailey, Doctor Foster, and Vigil. An equally recognisable face on British television, Rundle, 34, portrayed Ada Shelby in all six series of Peaky Blinders, as well as enjoying main roles in hit dramas such as Bodyguard and The Nest. As such, both actors are well seasoned when it comes to appearing in shows that have large followings. However, they both recognise Gentleman Jack as a stand-out project for them, largely due to its influence which transcends beyond the screen.

The latest series of the show tracks a life-changing progression in society: the arrival of the railway. The canals are on the cusp of becoming second place to the railway tracks, revolutionising the way England does its trade. Yet the community is still woefully stagnant in its view of women and how they should behave. In addition to highlighting a queer relationship, the show also shines a spotlight on gender inequality, the long-lasting impact of sexual abuse, and how mental health is treated. Although it’s a period drama, the issues are remarkably prevalent in today’s society. This modern relevance adds a special nuance to the show, Rundle believes. “In period dramas, you’re sometimes trying to access themes and behaviours that are quite foreign to you, which can be challenging,” Rundle says. “However, there’s a huge amount of parallels between what was happening then and now. It does make it easier to act out.”

Praising the show’s creator and writer, Sally Wainwright, Jones adds: “The series delves into a same-sex marriage. It’s not a side story. We’re looking at what it is to marry without the want of a child, without a marriage certificate, and how they navigate these societal pressures.” Noting the attention to detail shown throughout the show, the actor adds: “We are being taken on a journey of the struggles that exist today and have existed for centuries. It’s not rushed.”

Based on Lister’s extensive real-life diaries, which were written in code due to their taboo content, Gentleman Jack doesn’t shy away from showcasing the character’s enjoyment of sex. It’s not presented as a shameful topic, and it was important to Wainwright that the romantic scenes were dealt with in a delicate manner both on and off the screen. As such, she hired an intimacy coach to talk the actors through each step of the process during both series — something Jones and Rundle remain grateful for. “We were one of the first [programmes] to use an intimacy coordinator, to bring it from theatre to TV,” Jones remarks. “It helps me and Sophie feel the freedom to tell the story and find the beauty in the work. It was really important and integral to us, especially when Sophie was pregnant.”

The series delves into a same-sex marriage. It’s not a side story. We’re looking at what it is to marry without the want of a child, without a marriage certificate, and how they navigate these societal pressures.

”I think it is imperative that people do use them now. It offers you a safe space,” Rundle says. Revealing she was particularly grateful for the added support as a pregnant woman on-set, she adds: “It’s an intimidating thing to be like, ‘I’m pregnant. I’ve never done that before. How are we, as a team, going to navigate this?’” Although Rundle feels confident that both she and Jones are at a place in their careers where they can speak up about things that make them uncomfortable, she’s glad younger actors, who are just starting out, will now have a safe space on set. “I’m really proud that we kickstarted this movement,” she notes.

This series sees Lister forever chasing to remain on top of everything — her marriage, her financial matters, and her business ventures. As such, the character barely pauses to take a breath. It must be tiring to exude such energy throughout those scenes, I ask of Jones. “It’s difficult and exhausting. My husband tells me to slow down a lot when I come back from filming,” she reveals. “But when I see Lister on the screen, I appreciate that she needs that. So even when I’m absolutely rinsed on a Friday, I’m like, ‘We can do this!’” And it just so happens that Jones has found the perfect antidote to those intense scenes. “I watched a lot of Drag Race in the bath. In fact, I watched all 13 seasons, because we were filming for a year,” she says with a laugh.

Gentleman Jack during the day and Drag Race at night? A match made in heaven, if you ask us.